Children's Museum reopens to the public

It’s been open for about two weeks for neighbors, donors and members but this weekend marks the first opening during the pandemic for the general public. 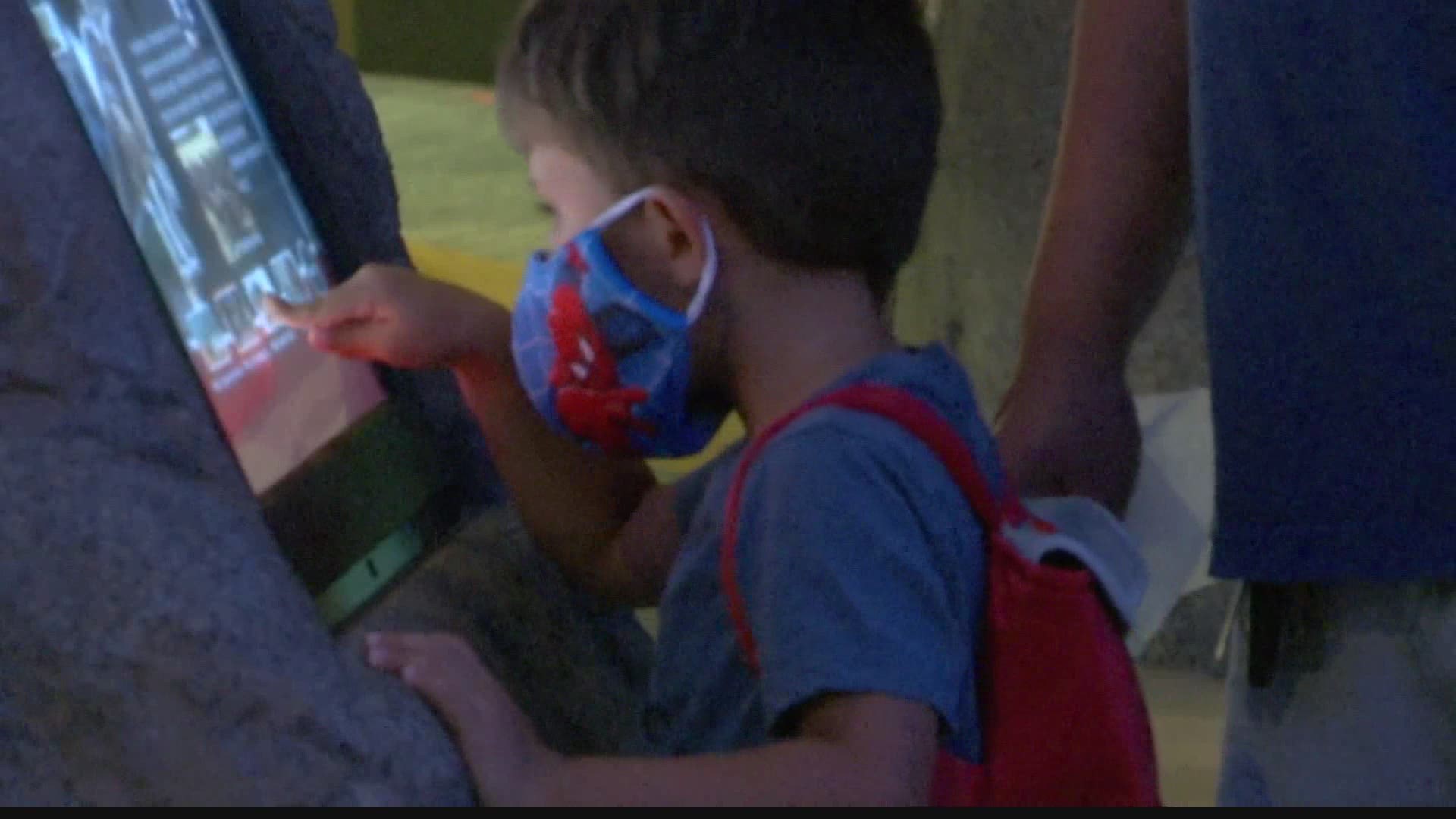 It’s been open for about two weeks for neighbors, donors and members but this weekend marks the first opening during the pandemic for the general public.

Outside the museum, dinosaurs are sporting masks and inside, Bumblebee the transformer is wearing a mask in the lobby.

Masks are now mandatory inside the museum for anyone over the age of two. Those with health conditions that prevent them from wearing a mask are exempt.

Visitors are being asked to purchase tickets in advance. Scanning the ticket to get in is touch-less whether on one’s phone or paper.

Typically, prior to the pandemic a “busy day is 7,000 to 8,000 here at the museum,” said the museum’s President and CEO Dr. Jeffrey Patchen.

“We’re capping what would be a busy day at the museum at 3,000,” which is lower than Marion County’s required 50 percent capacity.

Patchen said the museum made this decision to help with social distancing and they had an advisory board of medical professions to help provide guidance for the re-opening.

“Areas that were very, very high touch particularly for little ones, and unstructured are temporarily closed. But all the other exhibits are open with modifications. Where there are high touch areas we’ve added disinfectant wipes an signage that encourages people to wipe before and after use,” said Patchen.

RELATED: Children's Museum of Indianapolis to reopen to the public July 11

13News did observe two parents wiping down railings and screens that their children had touched.

Exhibits also temporarily close for staff members to clean throughout the day. Every visitor is offered a map and a schedule of the cleaning closures as they enter the museum.

The pandemic has meant that many children have had to give up some of the social activities they look forward to the most. For museum visitor Zion Chambers, it meant postponing his birthday celebration.

“I was supposed to go (to the Children’s Museum) on my birthday but couldn’t because of COVID-19,” said Chambers. He said his favorite part of the museum was the outdoor sports area.

The museum hasn’t put it’s future plans on hold and is working to prepare for future exhibits.

“We’re excavating very, very large bones as tall as I am,” said Patchen, who is over 6 feet tall.

The Children’s Museum said its delighted to be welcoming families back through its doors again.