Nearly 70 people attended a Q&A with IMPD Chief Roach on how officers will be trained on impartial police bias. 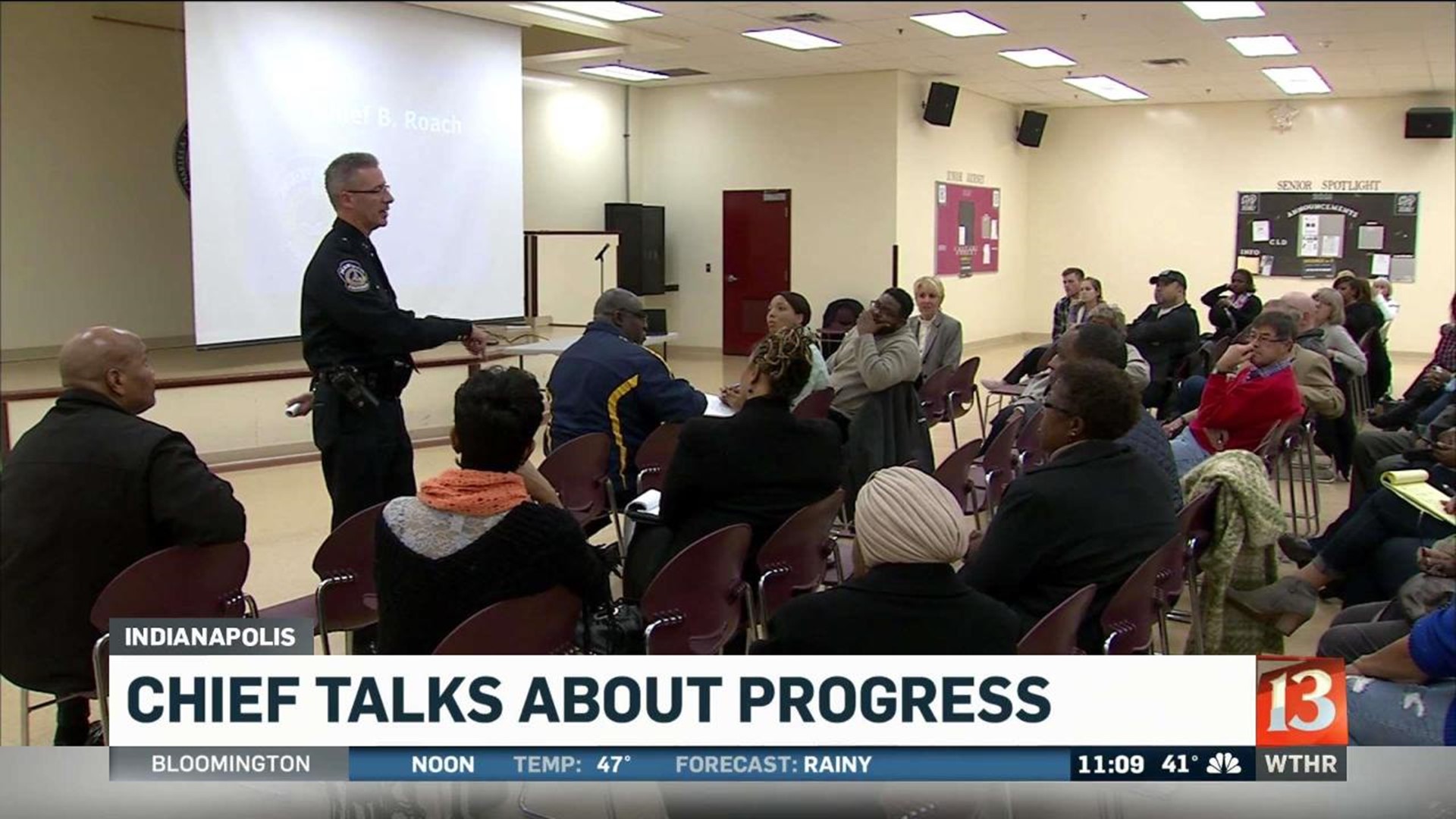 INDIANAPOLIS (WTHR) - It's been nearly 5 months since Aaron Bailey was shot and killed by two IMPD officers. Tonight, Chief Bryan Roach is standing by his promise to better train his officers on impartial police bias.

Nearly 70 people attended a Q&A session with the Chief about what's being done right now to address the issue on Tuesday night at Tindlay High School.

Those in attendance also heard from an expert about the science of bias, which will be the base for the officer's new training.

"Not only do we need to understand the science but there's also implications for solutions," said Dr. Lorie Fridell, the founder of Fair and Impartial Policing. "I want them to learn what to do whether they're in the police department or some other line of work to reduce and manage their bias, but also understand what the implications are police leadership to promote fair and impartial policing," she said.

Next year, IMPD will train all 1,600 officers using this fair and impartial policing curriculum.