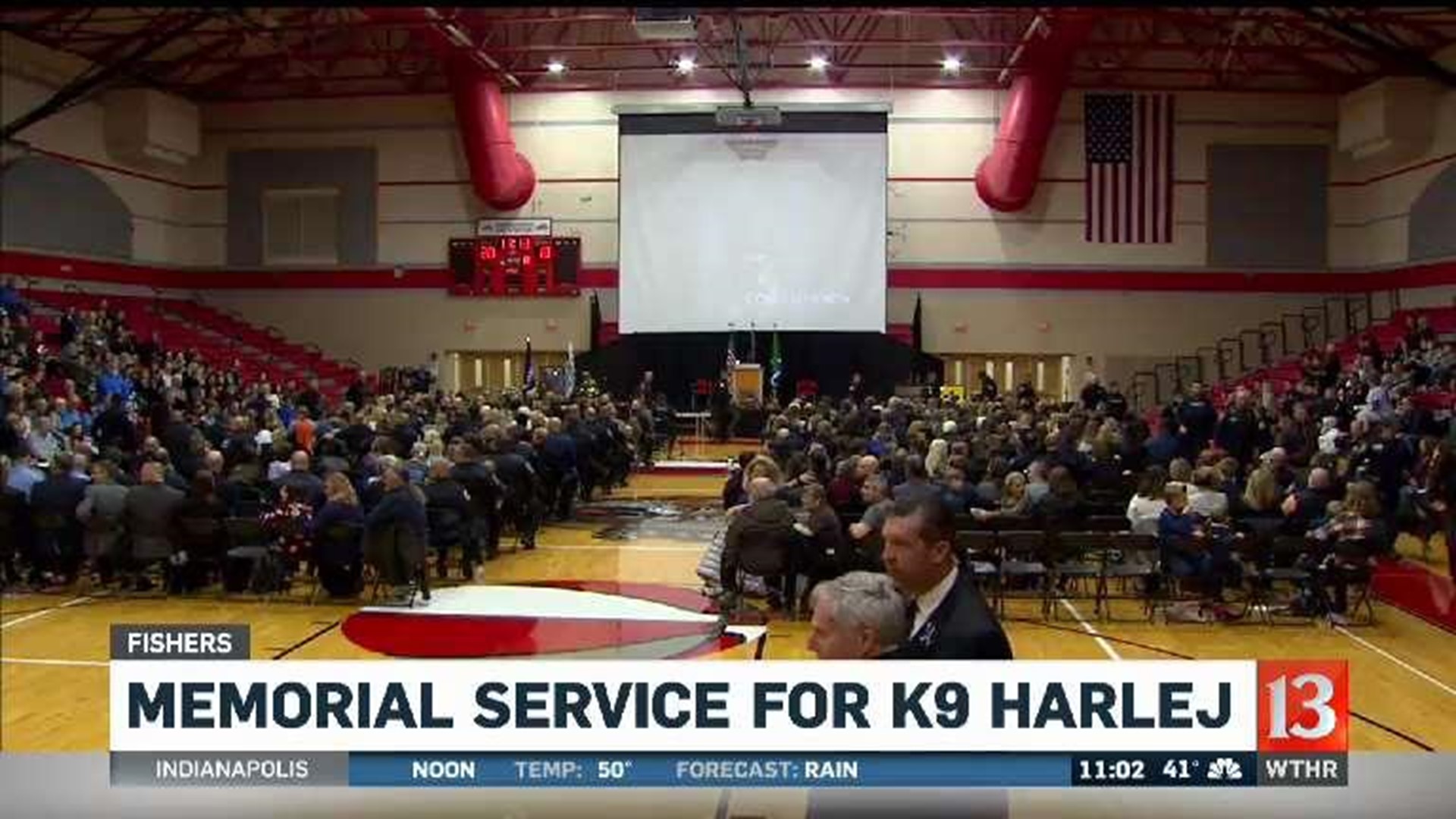 The 5-year-old Belgian Malinois was shot and killed while chasing a suspect on Nov. 13. That suspect was later captured and charged in Harlej's death.

Other K9 Officers from across state & country file in with handlers to pay their respects to K9 Officer Harlej, killed in the line of duty last week. pic.twitter.com/5MdwRXnzhe

Following the ceremony, officers led a procession from Fishers High School to the Fishers Police Department where a dispatcher read K-9 Harlej's final 10-42 call, which indicates an officer's end of duty.

"Harlej was loyal, devoted, driven, a protector, a friend and a shift partner," Fishers Patrolman Joey Hancock told hundreds who gathered in a gymnasium Wednesday night.

A grateful community came together to thank a "very good boy" who served his community and department faithfully for four years.

"Everywhere Harlej and Jarred went, they commanded the scene, they inspired the crowd, they had the respect of their peers," said fellow K9 Officer Sam Ralph. "They proved to be the best team Fishers Police Department had to offer."

"He's a hero. He's a hero to the department, to his officer and to the people that they serve," said Theresa Brandon, Central Indiana K9 Association.

"Harley died doing what he loved and, most importantly, for who he loved," said Noblesville Patrolman Brandon Brooks.

For his heroism, Harlej was awarded the Medal of Valor and the Purple Heart.

"Harlej was part of our family," said Kim Koopman, Jarred's wife. She offered the final tribute to a family member and partner, saying Harlej is likely the reason her husband is alive today and her children have their father.

"Harlej, there are no words for how one little pup could impact so many people, for the love you shared with your guy and us, your family," said Kim Koopman. "It changed us."