Video of a New York teacher ripping up a student's assignment and berating the first grader as they go over math homework has gone viral. 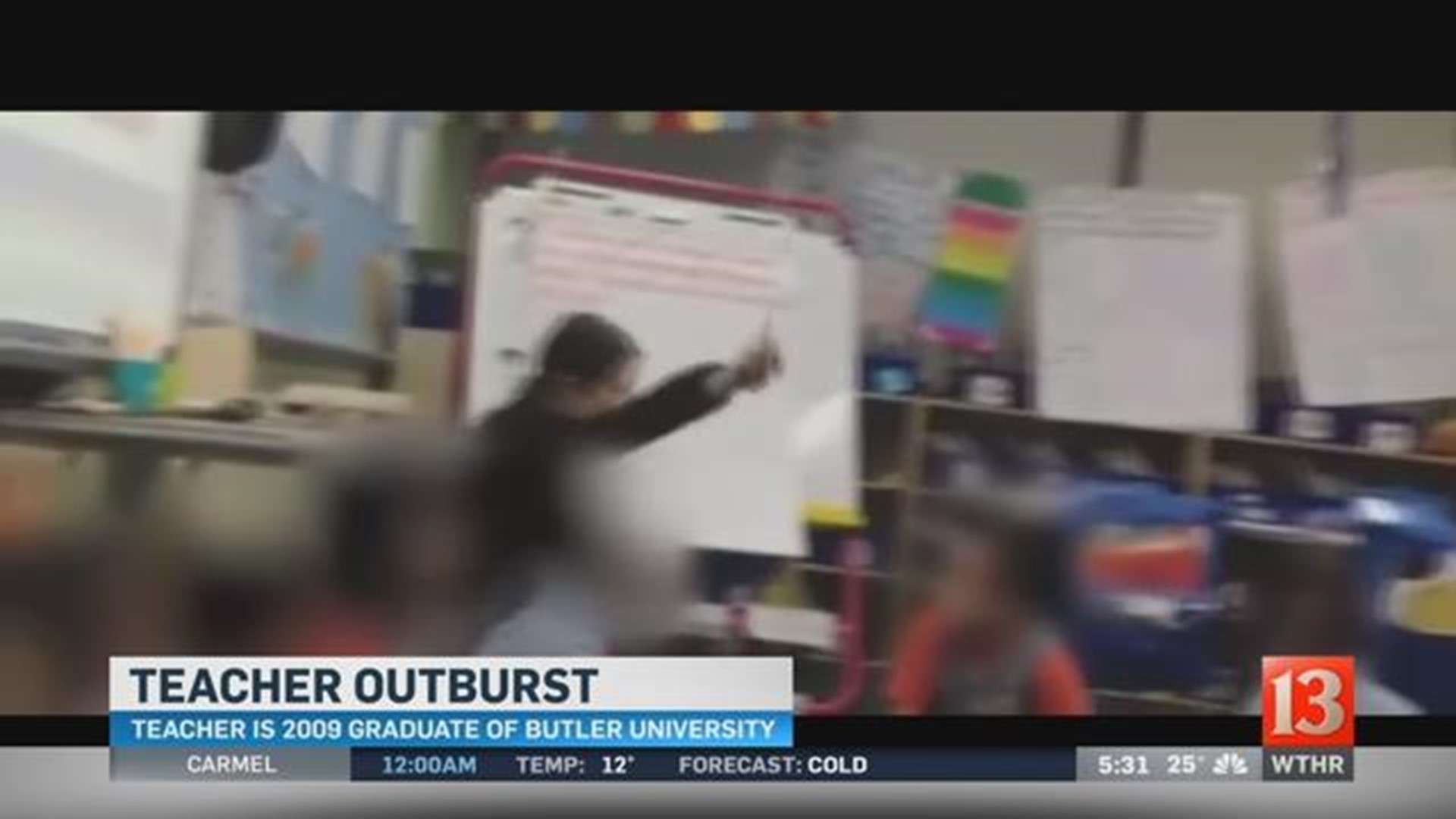 Video of a New York teacher ripping up a student's assignment and berating the first grader as they go over math homework has gone viral.

It turns out that teacher has an Indiana connection.

"Go to the calm down chair and sit!" Dial says on the video. "There is nothing that infuriates me more than when you don't do what is on your paper."

The outburst was over an incorrect math assignment.

"Show me how she should have counted to get that answer," Dial said.

Parents in Indianapolis who saw the video had very different reactions.

"I would probably be pretty upset if it were my child in that situation," said Nichole Osborne.

Recorded in 2014, the video was recently given to the New York Times. According to the report, the video was recorded at the Success Academy in Brooklyn, a high-performing charter school. It's getting the attention of educators across the country, including Indiana State Teachers Association President Theresa Meredith.

"I would never instruct that way in my own first grade classroom," Meredith said.

But she's not rushing to judgment. She has questions, starting with the teacher's training and certification.

"We don't know the circumstances, we don't know what brought this on completely," she said.

Dial graduated from Butler University in 2009 with a degree in sociology and political science. The Times report quotes the Success Academy's founder, calling Dial a wonderfully committed teacher who desperately wants her students to succeed.

A school spokesperson told the newspaper that Dial was initially suspended, investigated and returned to the classroom a week-and-a-half later.

Butler University was aware of the video. A spokesperson for the university says, "Everyone makes mistakes. And while we don't condone Charlotte's actions, she apologized immediately and the school took what it believed was appropriate action."