Butler fraternity house shut up, locked up after 2016 rape allegations

The fraternity house is shut up and locked up now after a 2016 party at a fraternity led to more than one female student being raped by a football player. 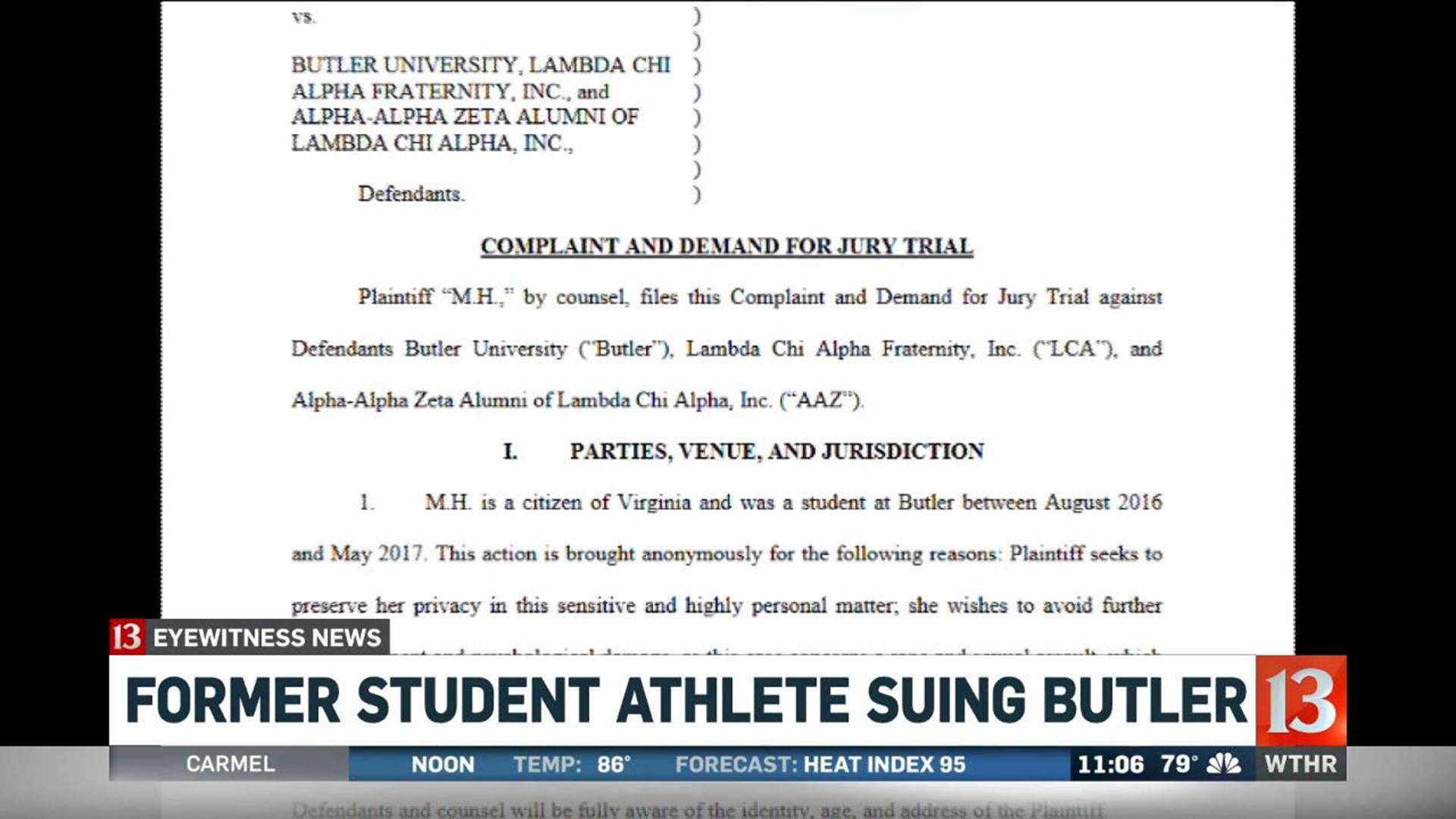 INDIANAPOLIS (WTHR) – The fraternity house is shut up and locked up now.

But on December 4, 2016 there was an alleged alcohol party going on at Lamda Chi Alpha at Butler, in violation of university's restrictions on the house for earlier misconduct.

But alcohol wasn’t the worst of it.

According to a former female lacrosse player who attended the party that night, she was raped by a football player who had already allegedly raped a female volleyball player. Multiple times.

The lacrosse player’s attorney, Kathleen DeLaney, says "prior attacks by the same perpetrator were reported to at least two members of administration months before my client was attacked. And to the best we can determine no investigation was undertaken."

The victim’s lawyer said that violated federal title nine and "continued to foster and facilitate an environment of sexual assault and illicit activities."

An environment they say set the stage for the rape of the lacrosse player when she returned to the party to help an intoxicated female friend home.

The University’s response to the lawsuit:

“Butler University takes its obligations under title nine very seriously. Including in this case in which the University thoroughly investigated the allegations and expelled the accused student after completing the investigation and hearing process. Butler is committed to providing a safe and secure environment.”

But DeLaney, the victim’s lawyer, says Butler’s whole investigative process moved so slowly that "for an entire semester after the attack she had to deal with running into him on campus, constant reminders of that horrible experience."

"The fact that this male student athlete had already committed acts of sexual violence on campus made the attack on my client foreseeable," said DeLaney. "And the university was on notice they had a problem on campus instead of dealing with it, ignored that problem. And the thing snowballed from there."

The Lambda Chi Alpha fraternity is also being sued. The national fraternity is based in Carmel. We tried but could not reach the fraternity for comment Monday night.

Butler stands by its policies and performance and in its written response the university said:

“Butler is committed to providing a safe and secure environment for all members of its campus community. We have prevention, response and awareness programs, policies, and practices in place to address complaints of sexual harassment and sexual violence, and have enhanced these over time to increase effectiveness.”