Downtown Indianapolis businesses board up ahead of Tuesday's election

Some businesses in downtown Indianapolis boarded up Monday over concerns of political unrest. 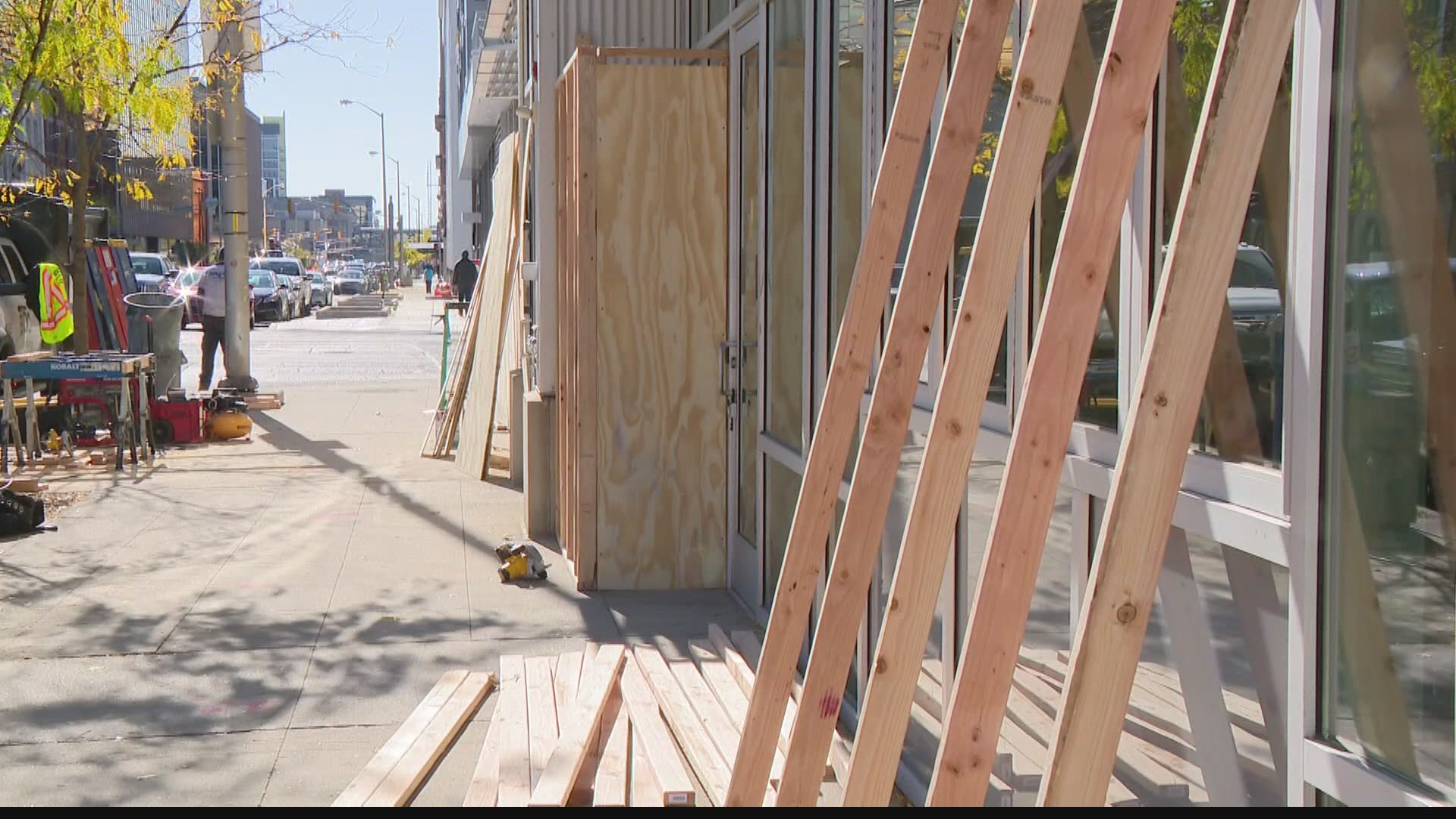 INDIANAPOLIS — Indianapolis is joining a growing list of cities where building owners are boarding up windows amid concerns of political unrest.

Buildings on Monument Circle, around the Mile Square, on Mass Ave, and in Irvington are just a few.

13News reached out to a mental health counselor to get perspective on the polarization that could lead to unrest.

"Many people are passionate about the presidential race this year, said Kimble Richardson, a counselor with Community Behavioral Health.

Some people worry that level of passion leads to extremes.

Building owners appear to be playing it safe by preparing for the worst.

"Someone can get into a larger group, and unfortunately the group thinking and mob mentality can take over and does make it easier, I won't say 'cause,' but does make it easier for people to behave in ways that they perhaps wouldn't if they were by themselves," Richardson explained.

Another reason for the precaution is the challenging year we're in, with many people already on edge.

Building owners declined to comment, including how long they'll remain boarded up.