The popular pooch playground is getting some major improvements. 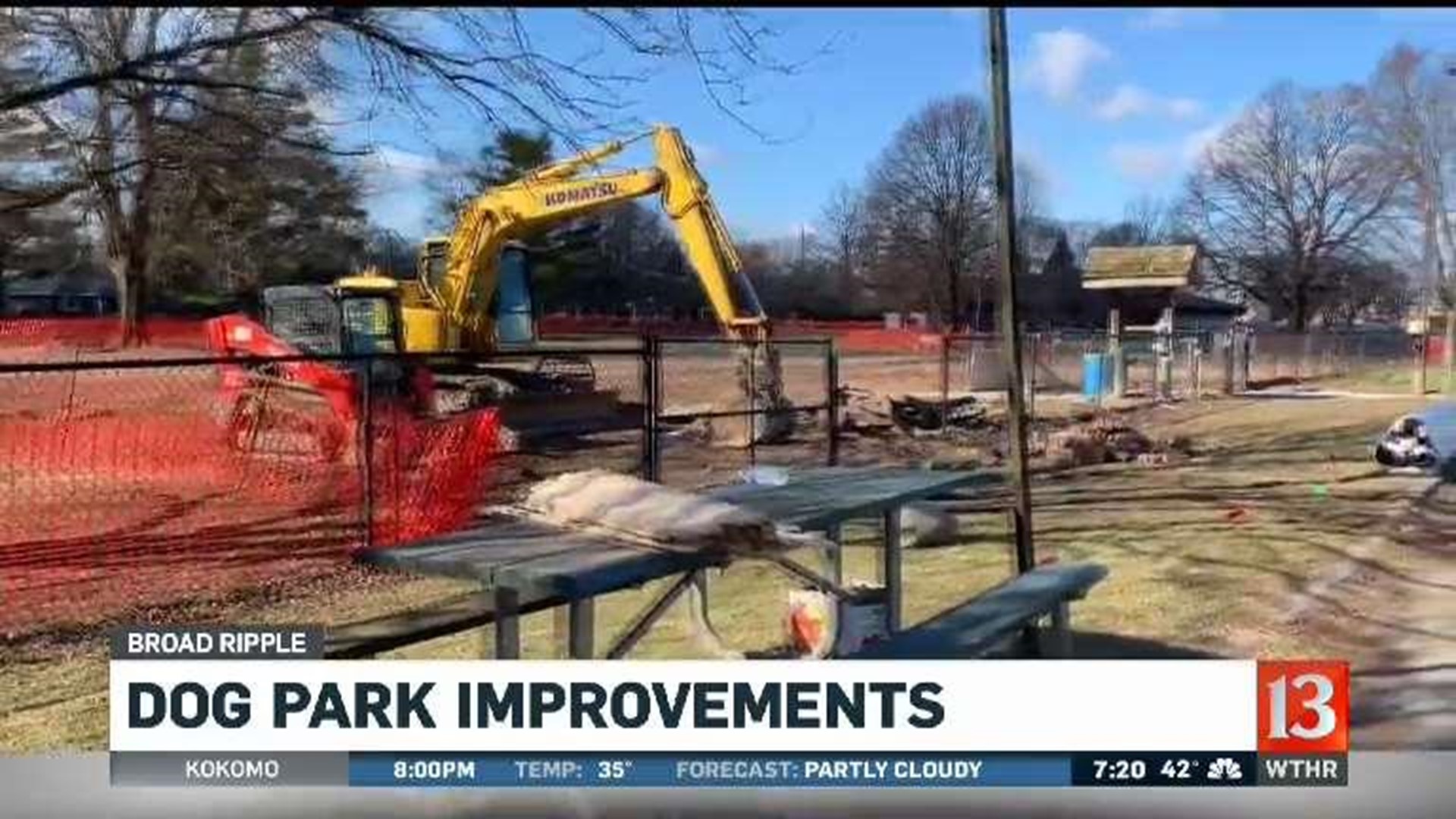 BROAD RIPPLE, Ind. (WTHR) – If you take your canine pal to Broad Ripple Park, you may be wondering, who put the dogs out?

The big dog park there is now fenced off and closed but it's only temporary. The popular pooch playground is getting some major improvements.

In the meantime, the smaller enclosure is still open, which dogs were enjoying Saturday.

Improvements to the big park include a large area with artificial turf, a shelter with a concrete floor as well as a doggie wash station and drinking fountain.

"We're excited. We just moved to Broad Ripple and got a 7-month-old puppy and she's loving everything," said Allison Scarlott. "It will be nice having the turf so we don't have to give her bath with all this mud."

Indy Parks says the work is expected to take three to four months. The goal is to open before July.