Boone County is bringing a new public safety app to Indiana in 2020. 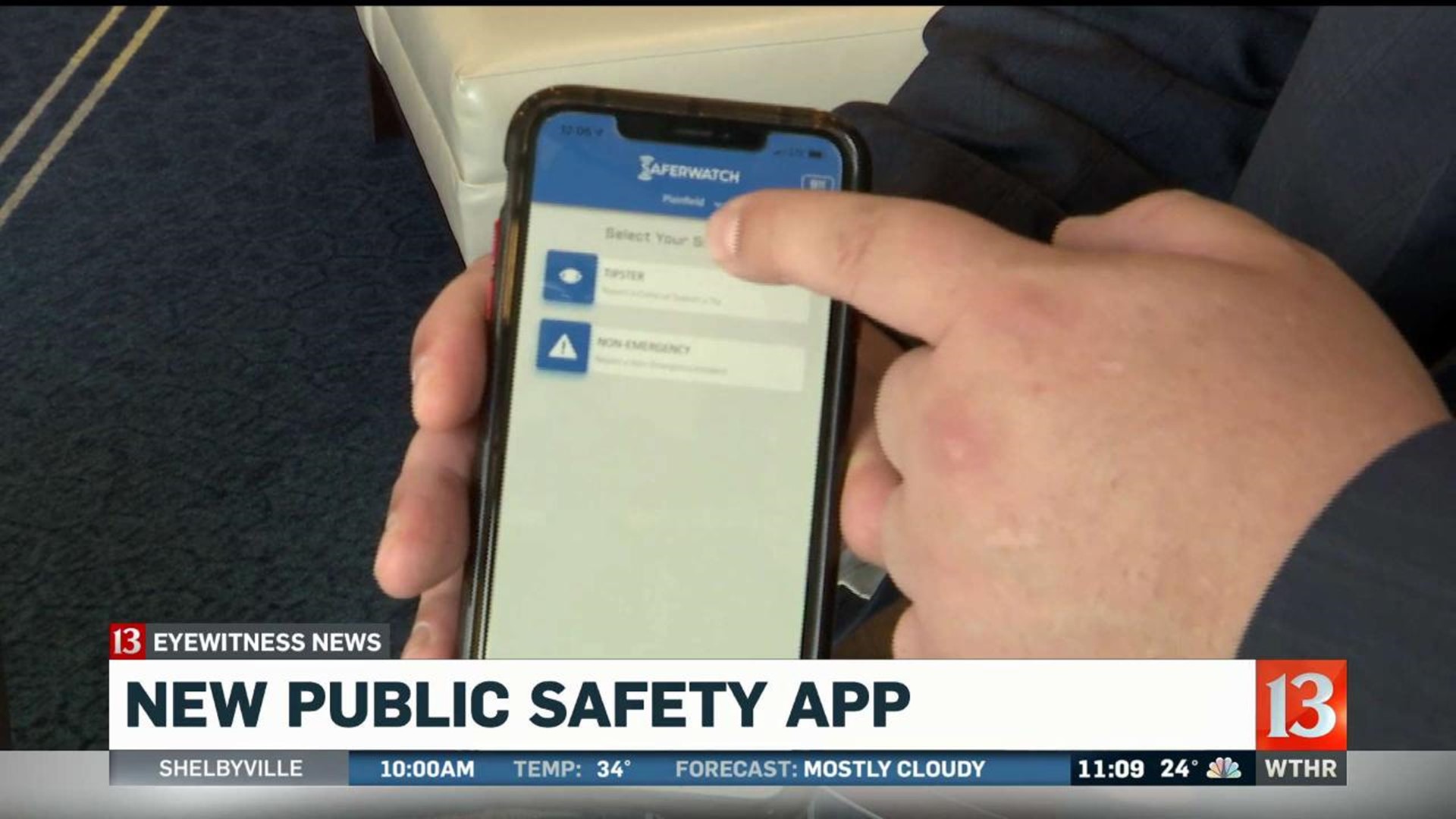 PLAINFIELD, Ind. (WTHR) – Boone County is bringing a new public safety app to Indiana in 2020. The Boone County Sheriff's Department will be the first in the state to use the smartphone friendly app called SaferWatch.

The app allows member of the public to anonymously submit tips and unlike many other similar apps, it also allows law enforcement to send alerts to the public.

"You look at a lot of apps and we have some of those, this brings a lot of those together in one, and then feeding this information to the people who really need that. So that’s what brought me to focus on SaferWatch and being the first in the state of Indiana to implement that," said Boone County Sheriff Mike Nielsen.

Most people are familiar with the public safety saying, "if you see something, say something."

"The main way law enforcement is telling people to say something is to call 911. You know to call 911 for a car crash or an emergency but you may not call 911 if you have a concern about someone and that’s the gap safer watch is filling, and you can report it from the comfort of your smart phone and you can report it anonymously as well," said Geno Roefaro, President and CEO of SaferWatch.

"All of these attackers exhibit concerning behavior they either post things online or have journals, or talking about it, they’re telling other people," said Max Schachter, Founder of Safe Schools for Alex.

After his son was murdered at Marjory Stoneman Douglas High School in Florida, Schachter has dedicated his life to making sure no other parent would feel his pain.

"After 9/11 we made the airports safe. After the Oklahoma City bombing we made our federal buildings safe," Schachter said. "One guy tried to light his shoes on fire named Richard Reed and everybody has to take their shoes off. But it’s been 20 years since Columbine and children and teachers continue to be murdered in their classrooms."

Schachter believes apps like SafterWatch can help protect the public. ​Roefaro says he has the number to prove his app is effective.

"In one county, in a six month period, we were able to have 12 arrests, six of those related to school shootings that were prevented. Other arrests included drug arrests, sex offenders as well as multiple suicides were prevented thanks to the app and tips from the public," Roefaro said.

The app is free to download, but is at a cost to law enforcement.

"It’s going to be a fiscal impact but we have some ways to pay for that," said Sheriff Nielsen.

He suggests that counties take on the fiscal responsibility and share it with others.

He says in his time working with SaferWatch he knows that the company's owner truly is concerned about the public's safety.

As soon as you sign into the app it "grabs your current location, where you are and allows you to submit a tip or non emergency, you’ll see we have over 100 different public safety categories, you can describe the situation or submit anonymously and you can take a photo or video and upload it directly," said Roefaro.

And that information goes directly to law enforcement in real time but this app isn’t just for citizens to reach police.

"It also allows them to send real time alerts to the public, or parents, or students and notifying them what’s going on. It’s not just submitting a tip you can receive real time information from law enforcement and most systems don’t allow that," Roefaro said.

There’s also a panic button and a handheld device which is connected to the phone which can serve as a remote panic button, when the phone is inaccessible.

The Boone County Sheriff and SaferWatch are hoping more Indiana Law Enforcement agencies will take on the app as a method of prevention against violence.