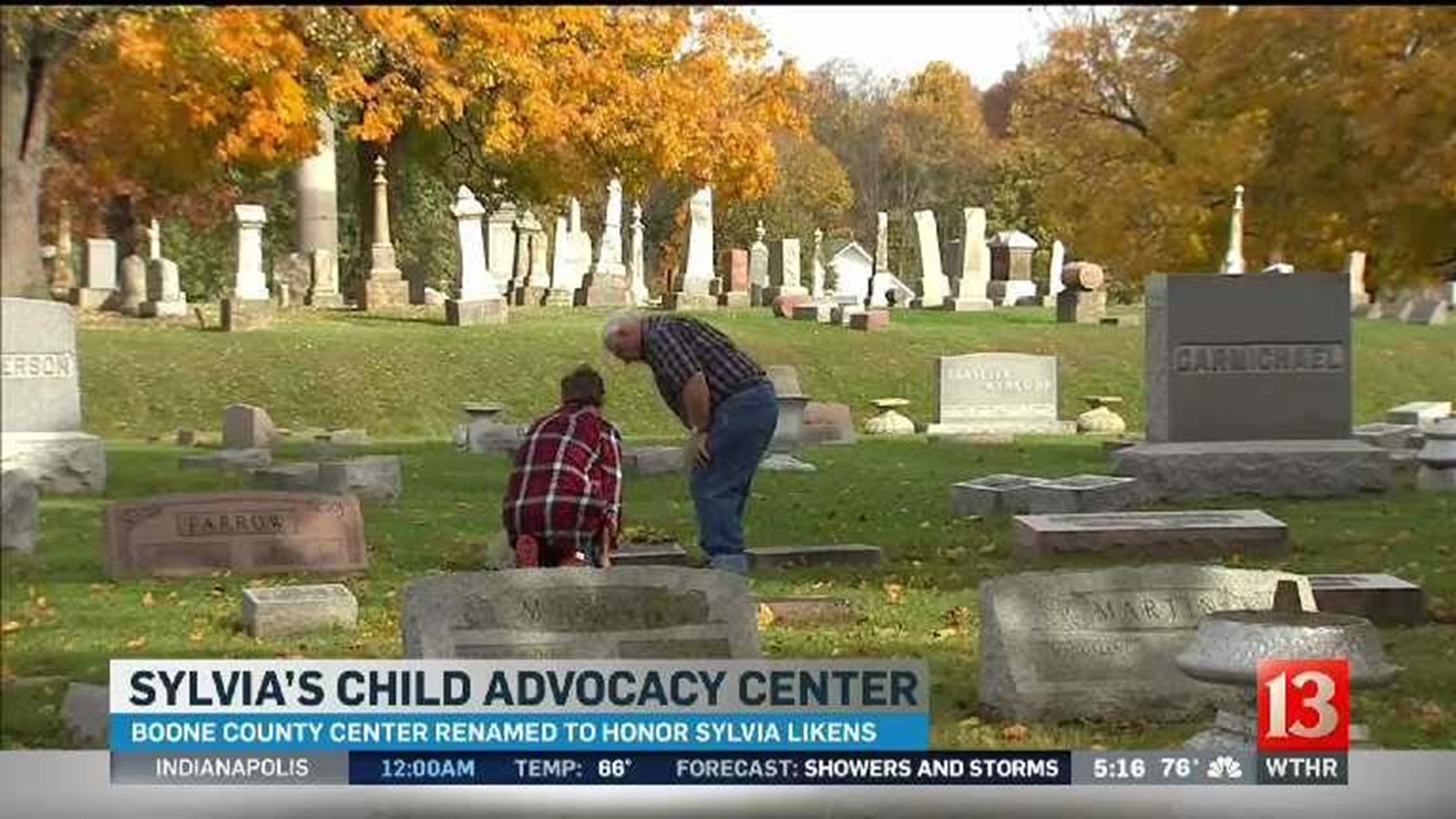 LEBANON, Ind. (WTHR) - A center that helps children here in Indiana is getting a makeover and a new name that carries with it a lasting legacy.

Boone County's Child Advocacy Center is expanding and taking on the name of Sylvia Likens.

When people hear that name, what comes to mind is usually one of the worst cases of child abuse in Indiana's history.

Likens was tortured and murdered by a woman her parents had hired to care for her while they traveled with the carnival in 1965. She died on October 26, 51 years ago.

"The abuse started when their income, that was to be sent for the babysitting, was not received on time," said Wanda Likens, who went to school with Sylvia in Lebanon and married one of Sylvia's cousins more than 40 years ago.

"There's very few people that have read any of the material, that it did not affect them in one way or the other," said Wanda.

Sylvia's murder and the trial that followed became so highly publicized, books were written about it and movies were made.

The case is also credited for changing Indiana law.

"Most states were saying professionals, doctors, lawyers, things like that, need to report child abuse if they knew about child abuse," said Kassie Frazier, the executive director of Boone County's Child Advocacy center which is being renamed Sylvia's Child Advocacy Center.

"Indiana, after this case, decided that everybody needs to," said Frazier. "Some of the neighbors heard Sylvia scream and were too scared to do anything about it or just didn't get involved."

"These children are coming in here telling us some deep, dark, scary things," said Frazier, who interviews children from Boone and Montgomery counties when abuse has been reported.

For the past five years, those kids have come to the Boone County Child Advocacy Center along Lebanon's Washington Street.

With the name changing to bear Sylvia's name, the center will now be associated with the legacy Sylvia has come to represent for victims of child abuse.

"By saying it's Sylvia's Child Advocacy Center, it's something that kind of sticks with them. Her name, even they don't know her story, it's a name," said Frazier.

The center is also expanding to include counseling.

"The most important thing that we can do is tell kids they are hurt and we are listening," Frazier said.

Something no one did for young Sylvia. Her family is thankful, though, it doesn't have to be that way anymore. The center now with Sylvia's name is one of the reasons why.

"She did not die in vain. She died a horrific death, but because of that, we're hoping that another child can be saved," said Wanda Likens.

The renaming ceremony for the center is set to take place this Saturday in Lebanon from 5-8 p.m. Sylvia's only sibling left alive, her older sister Diana, will be on hand for it.