A couple that owns a commercial roofing company in Bloomfield, Indiana, was shot during an apparent robbery early Thursday on the city's west side. 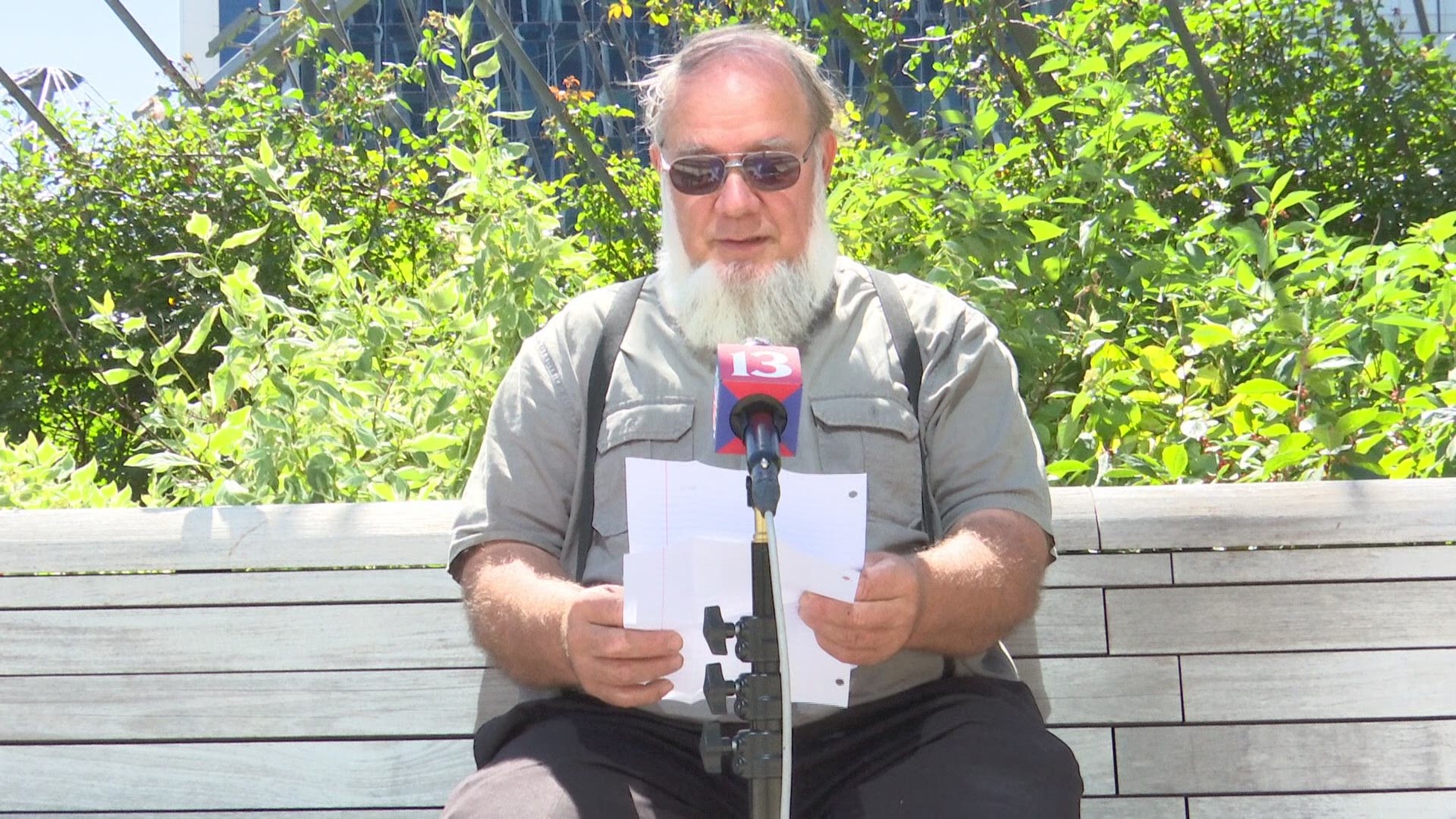 INDIANAPOLIS — A couple that owns a commercial roofing company in Bloomfield, Indiana, was shot during an apparent robbery early Thursday on the west side of Indianapolis while working on a trailer.

The wife, 40-year-old Wilma Hochstetler, died at the scene. Her husband, Jonathan, survived a bullet through his neck. Their six-year-old son witnessed the incident.

Jonathan’s father, Sam Hochstetler, read a letter Friday afternoon he wrote to the people of Indianapolis.

"I feel no hatred, bitterness, anger, nor revenge towards the two Black men that murdered my daughter-in-law,” Sam said. “I extend forgiveness for the two murderers. Revenge only begets more violence. My heart's desire for them is that they would repent, to fall on their faces before the Lord Jesus, and cry out for mercy for their own souls’ sake."

Family and friends say Jonathan stopped at a roofing project on High School Road near 38th Street Wednesday. A tire had blown out on his trailer. Early in the evening, Jonathan sent workers with the truck back to Bloomfield. Wilma then drove the truck to Indianapolis with a spare tire. After replacing the trailer tire, they noticed a problem with the lights on the trailer. It was now well after midnight.

While working on the lights, two men approached, pulled out guns and robbed the couple. They took money and Wilma’s mobile phone, then shot the couple as they left. Wilma died instantly. Jonathan took a bullet through his neck but remained conscious. He went to the truck to retrieve his phone and called 911. The couple’s six-year-old son was sitting in the truck during the incident. Indianapolis Metropolitan Police responded around 1:30 a.m. to the 3000 block of High School Road.

I want to share the entire powerful letter that Sam Hochstetler wrote to the people of Indianapolis after his son was...

Jonathan’s father Sam said his son underwent surgery Thursday night to fuse three broken vertebrae together in his neck. But he is grateful not to be paralyzed and is expected to recover fully. He also has broken bones in his jaw and face.

"The hardest thing for him is going to be to pick up and go on without Wilma,” said Andrew Yutzy, a friend of Jonathan. “Literally, he didn't he didn't breathe without Wilma being a part of it. That's how close they were. Pray for Jonathan, that he can pick up the pieces. And his children, they're just devastated."

Metro Police have not released any suspect information.

The couple owns J & W (Jonathan & Wilma) Commercial Roofing in Bloomfield. They were actively involved in mission work. They have four children - three daughters and a son - ages 16, 13, 10 and 6.

"We have the hope and the assurance of eternal life,” said Sam. “We have the confidence that Wilma went to be with her maker. The children know that. They know that if they continue in the Christian faith, someday they'll go they'll go be with mother. That's the best way that we cope with that."

A Go Fund Me account has been set up to help pay for Jonathan’s medical expenses.

There is also a Facebook page with updates on Jonathan’s condition.