It's a friendship between two teens that started in junior high at Caston Junior-Senior High School. 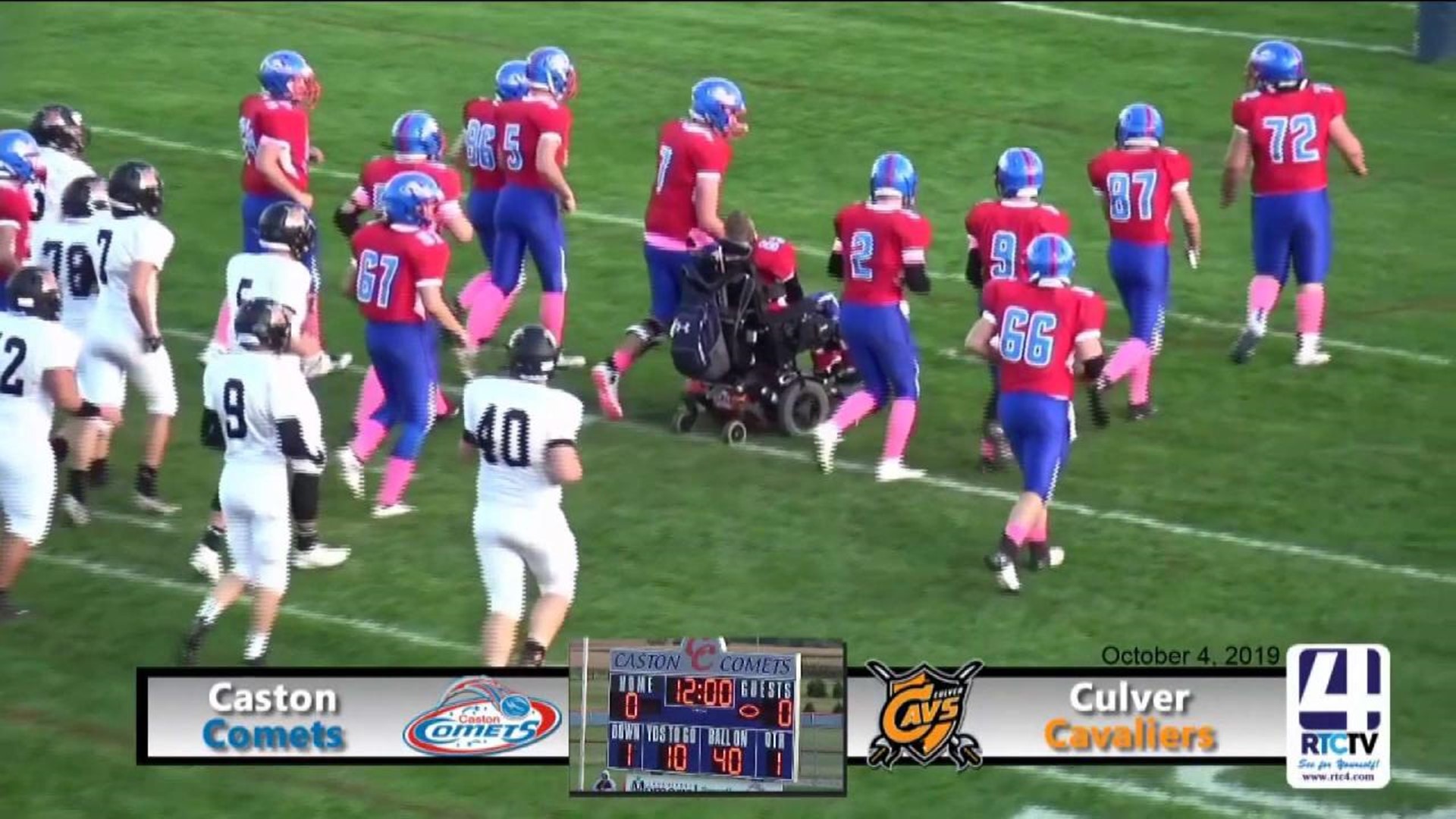 ROCHESTER, Ind. (WTHR) - It's a friendship between two teens that started in junior high at Caston Junior-Senior High School.

Both high school seniors have the same first name, Hunter.

Hunter Schanlaub said it's because of their shared name he "knew of him."

"And then he ran into me in the hallway, like he was driving and ran into me," Schanlaub added, laughing.

And they've been friends ever since.

Shaffer has cerebral palsy and uses a computer to communicate.

There's a bar at a bottom that tracks his gaze and he uses his eyes to select pre-programmed words or spell them. The computer then speaks what Shaffer writes.

Like any set of best friends, Shaffer and Schanlaub often know what one another is thinking without even speaking.

Shaffer said he loves playing Nintendo Wii games with Schanlaub. Like any teenagers, they love going to movies, parties and games. Both of them love football and say their highlight of the season happened during Friday's game.

Schanlaub posted a video of his friend scoring the touchdown with the words "It's more than football."

Both Schanlaub and Shaffer smile ear to ear when recalling the moment.

And you can see the excitement in both of their eyes that this is a moment they'll remember for years to come.

"He drives out onto the field and he shakes when he's excited and he wouldn't stop shaking," said Schanlaub.

Schanlaub said once they got the ball to Shaffer, he put the ball on his lap. That's when he noticed it was a Nike football, which was odd for a high school game. But there was too much excitement in that moment to really focus on anything else then what was happening.

"I kept telling him, 'Don't fumble, don't fumble,' because he was shaking," said Schanlaub.

Even though the play was planned, Schanlaub said it didn't stop him from getting emotional as the moment got closer.

“We were about at the 15 and Mr. [Don] King started commentating ‘the 10, the 5,’ and I was like, this really is something different,” he told Pharos Tribune.

All throughout the entire sea of red of Shaffer's teammates surrounded him as his best friend Schanlaub drives his wheelchair.

"His smile was bigger than his whole face," said Schanlaub with an equally big grin.

Schanlaub said the fans stormed the field and it's that sense of community that comes hand in hand with football that gives him a sense of pride.

“It was tough not to tear up. So I’m glad I had my sunglasses on," Slocum said. "I’m proud of all the team and I told the Culver guys I was proud of them for participating. They won the game but that was a win for Hunter and his family.”

The coach went on to say that Schaffer has played an integral role in the team and is out in support of the team rain or shine.

"He is part of our football family. I’m going to miss him, he’s been around here almost as long as I have," Slocum added.

Shaffer's big night didn't end with the touchdown. He was also named Homecoming King at halftime.

Schanlaub said his friendship with Shaffer means "absolutely everything" to him.

"At the end of the day, people come and go and I have no doubt that he's never going to leave and we're going to be this close forever," he said.

Shaffer agreed. And when it comes to the future, he plans to "follow Hunter," following Schanlaub’s college football career as Schanlaub majors in electrical engineering. Schaffer also hopes to one day wear No. 90 for the New York Giants.

Shaffer even chose to stay behind a year so that he could walk across the stage during graduation with Schanlaub in May.

Few of us find friends we can call family as we journey through life. Those of who do are blessed and cherish knowing they are the lucky ones.