"Growing up here, I never really saw any black officers." 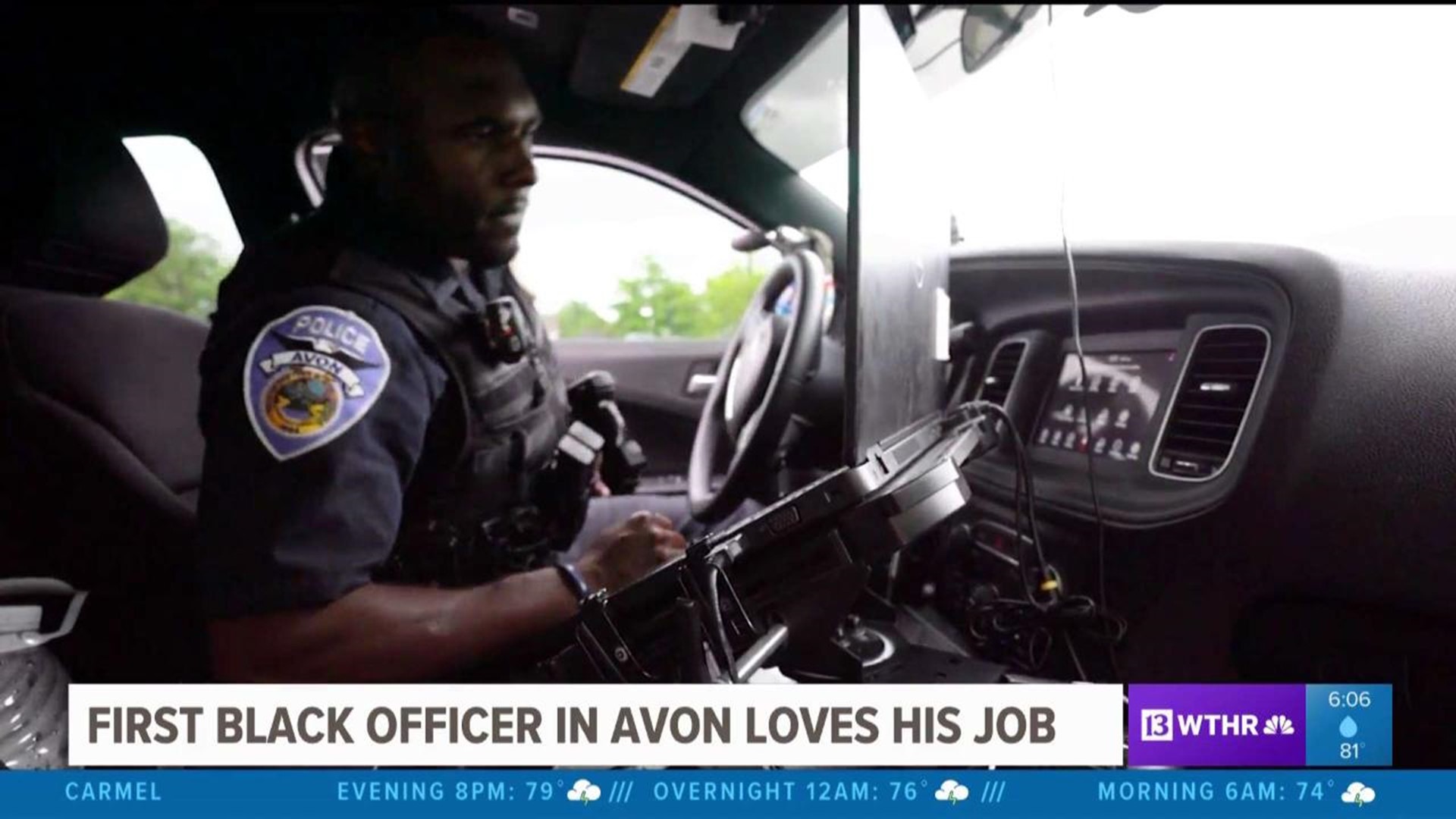 High's family relocated to Avon, a predominately white community, when he was in the second grade.

High, Avon's first black police officer, has two years on the job and is forever part of the Town of Avon's black history. In 2018, after his second time applying for the job, he was hired by Police Chief Sean Stoops.

High talked with 13News about his relationship with the community he serves and also about the George Floyd case.

I have the honor of interviewing Officer Taje High who is making history as the First Black Policeman hired into the Avon PD who gave me his perspective on George Floyd Case & current Race Relations @AvonPolice @scoopjefferson @WTHRcom @The_HighLife33 pic.twitter.com/YlqKfMMNpA

"I had to call Indiana State Police to tell them 'no thanks' because I just got the job I wanted," High said.

At the time, it hadn't dawned on High that his accepting the offer from APD would put him in the history books.

"When I knew that I was the first black one, obviously, the first instance I was prideful, I was excited to be the first one," he said.

Being first in Avon is not new for High. He and his brother were the first black students at their elementary school in Avon. Both learned to embrace their surroundings and the cultures of other ethnicities. They strongly believe their experience in Avon has made them well-rounded individuals when it comes to being open to race relations.

High has had a love for law enforcement for as long as he can remember. After finishing Avon High School and playing football away in college, he graduated and returned home to be a police officer.

"I love what I do," High said. "I am going to give it my best and I am passionate about it. A lot of people don't have that luxury."

Despite few negative interactions as a black officer, High doesn't waiver from community service. He recently helped spread joy by delivering birthday gifts and giving a high five for a 9-year-old Avon boy during a police drive.

High now participates in recruiting for Avon Police. He has seen a lot more diversity in the applicants applying for jobs at APD.

Avon Police broke the color barrier in 2008 with Sgs. Steve Barton, a Japanese-American. Barton is now responsible for training and serves on SWAT. Nothing sickens Barton and High more than what happened to George Floyd.

High shared that he believes most police officers in the country are disturbed about what happened to Floyd.

"It angered me, it truly does, just like it would anger anybody else who watched the video," High said.

High supports peaceful protests. He said he wants people to know as an officer, he would work to make sure demonstrators are safe. High wants people to understand that he is a black man and then a police officer who treats everyone with respect. He is glad the country and the world are addressing racism head on.

"The root of the issue stems from a long history of systemic injustices, disparities in the educational system, justice system, employment opportunities and wage gaps. Legislation needs to be modified but I think we are headed in the right direction because finally, we have people listening to our grievances. Hopefully, they do their part to change the course of a hard road for people of color," High said, making it known the issue lies much deeper than policing.

Spending time with High, people learn quickly he's one of the many good police officers who are protecting and serving the community.

"I know that with this job comes a lot of responsibilities," he said.

High hopes others will give officers like him a chance to prove they're working to build community trust.