A fleet of Lexus vehicles and a wheelchair-accessible shuttle give free rides around downtown — without someone driving. 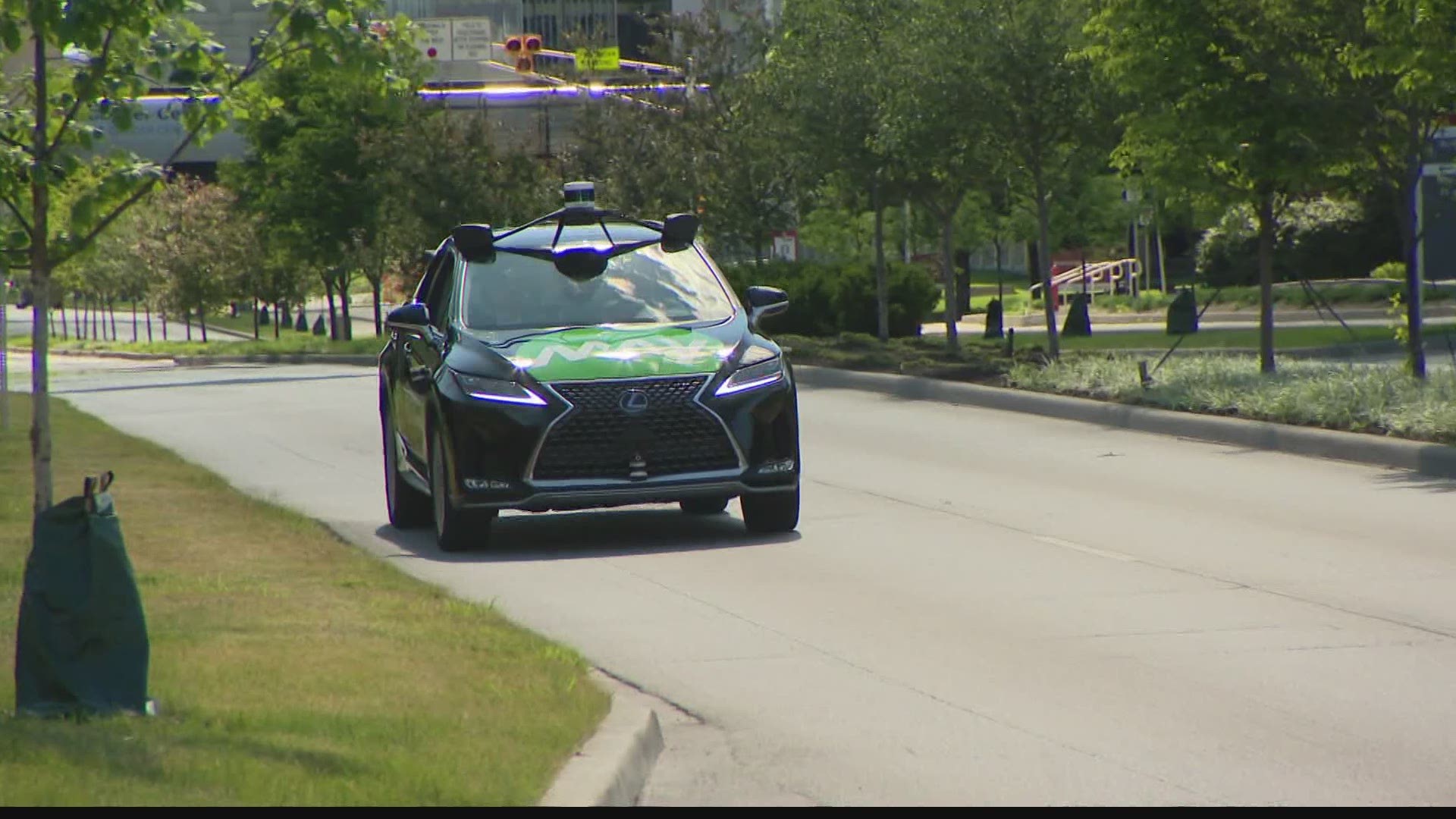 INDIANAPOLIS — Self-driving shuttles are now on the streets of Indianapolis, taking people to work and school downtown.

The pilot program is a first for Indianapolis through May Mobility, the Toyota Mobility Foundation and Energy Systems Network.

Sharing the road in Indy, buses trucks and cars now have unique company.

An autonomous shuttle system of self-driving cars is connecting IUPUI, parts of downtown and linking to the IndyGo Red Line.

The five Lexus vehicles and a wheelchair-accessible shuttle give free rides weekdays from 7 a.m. to 7 p.m.

The nine stops along the service loop are trackable online.

"There's more technology in that vehicle than all the cars we have combined," said Paul Mitchell, president and CEO of Energy Systems Network. "The goal of this is to learn...but also to expose people to this new reality of self-driving vehicles that is gonna be here. It's here now with this program, but over the next 10 to 15 years, we're going to see a lot of self-driving vehicles on the road."

Other cities across the country have autonomous shuttle services already, but for central Indiana, it is brand new. To really get a sense of it, you have to take a ride.

Jordin Alexander works for the city of Fishers, which will start an autonomous shuttle program this winter.

During her first trip in a shuttle in Indy, she had Carlos Espinosa as her "fleet attendant."

Every shuttle has someone behind the wheel, just in case.

"Everything by the vehicle is being driven by itself: the steering wheel, the accelerator," Espinosa explained. "The car has 360 sensors that tell it what to do and anticipate what to do."

"What's the max speed for you guys?" Alexander asked him during the ride.

"On Michigan we travel like 22. The posted speed limit is 25," Espinosa answered.

Although Espinosa was in the driver's seat, he wasn't driving. Still, his hands stay at the ready in case he needs to take over in an unexpected emergency.

"You can't tell any different than being in a driver car. It doesn't feel necessarily different," she said, "except a little clunky for stopping."

We did notice braking is a little bit clunky, which takes some getting used to, but it feels like you're riding in a regular car with a regular driver.

After Indy's pilot program ends Nov. 19, they'll evaluate what's next. If the response is good, self-driving shuttles could be here to stay.

To take a look at the routes, the stops and a live view of the shuttles' locations, click here.