Shane Williams has a secret. The man who was actually born in John Dillinger's home in Mooresville was part of an investigative group that found an interesting artifact on the old property. 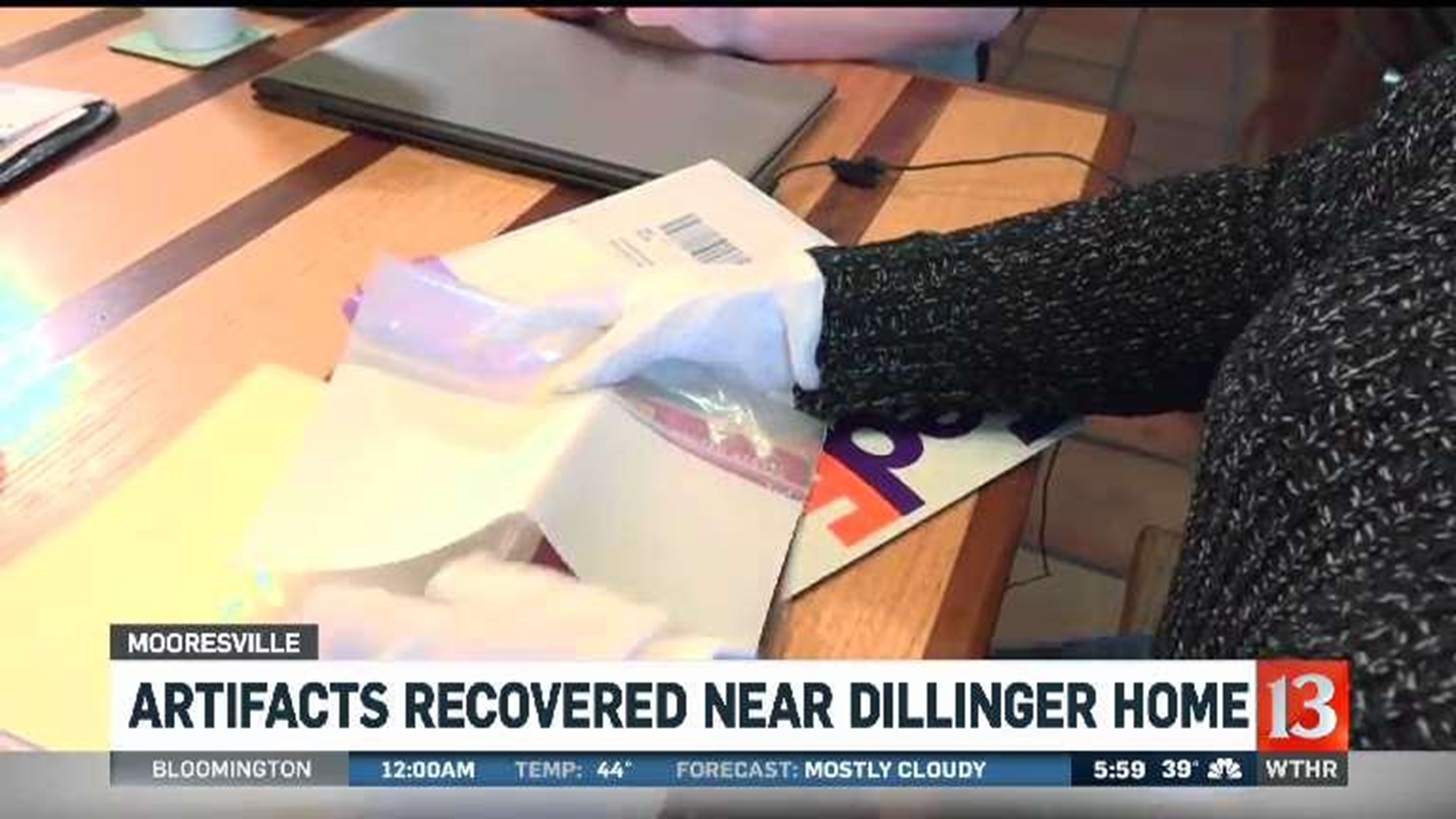 MOORESVILLE, Ind. (WTHR) — Shane Williams has a secret. The man who was actually born in John Dillinger's home in Mooresville was part of an investigative group that found an interesting artifact on the old property.

"I am pulling out the actual map found on our property. It is a 1934 Shell Road Map, and it shows the entire United States of America and it has all kinds of interesting writing on it," Rebecca Williams, Shane’s wife said as she pulled the artifact out of a box sitting on their dining room table. An archivist's daughter she even handled the sealed map with gloves.

"It (the map) could be train routes for future heists where he might have buried potential treasure. It could be rendezvous points with some people or individuals we don't know," Shane said.

It's been kept in a safe since it was found in June 2018 because Shane signed a non-disclosure agreement with an investigative team that recently expired. The Bell Jar that contained the map was found on the Williams' property just adjacent to the actual Dillinger home.

"We believe it was written in indelible ink, which means he had to actually lick the pen to activate the ink and write on the map. It was the precursor to the ball point pen," Shane said.

The Williams believe they may have handwriting and DNA samples, which is why they are now hoping to partner with university researchers to determine the authenticity of their find.

"My parents restored the house in the '70s. We have been around the property my whole life. This has been a shocker that we found this because I have driven by it on the mower all these years and never knew it was there," Shane said.

The American gangster was shot and killed in July 22, 1934 in Chicago, but some of the dates on the map are dated after his death, which could fuel the conspiracy debate about when he actually died.

"I am not a conspiracy person, but it is possible its feeding into that narrative. Some of the area has never been disturbed since the Dillinger era,” Shane said. "Now you are wondering if there is anything else out there I inquired? “That's correct. I'm wondering if there is anything more where that was or in areas we couldn't get into because of the woods," he replied looking out over his property.

But first things first, the Williams want to determine what they actually have. It could be a steal.