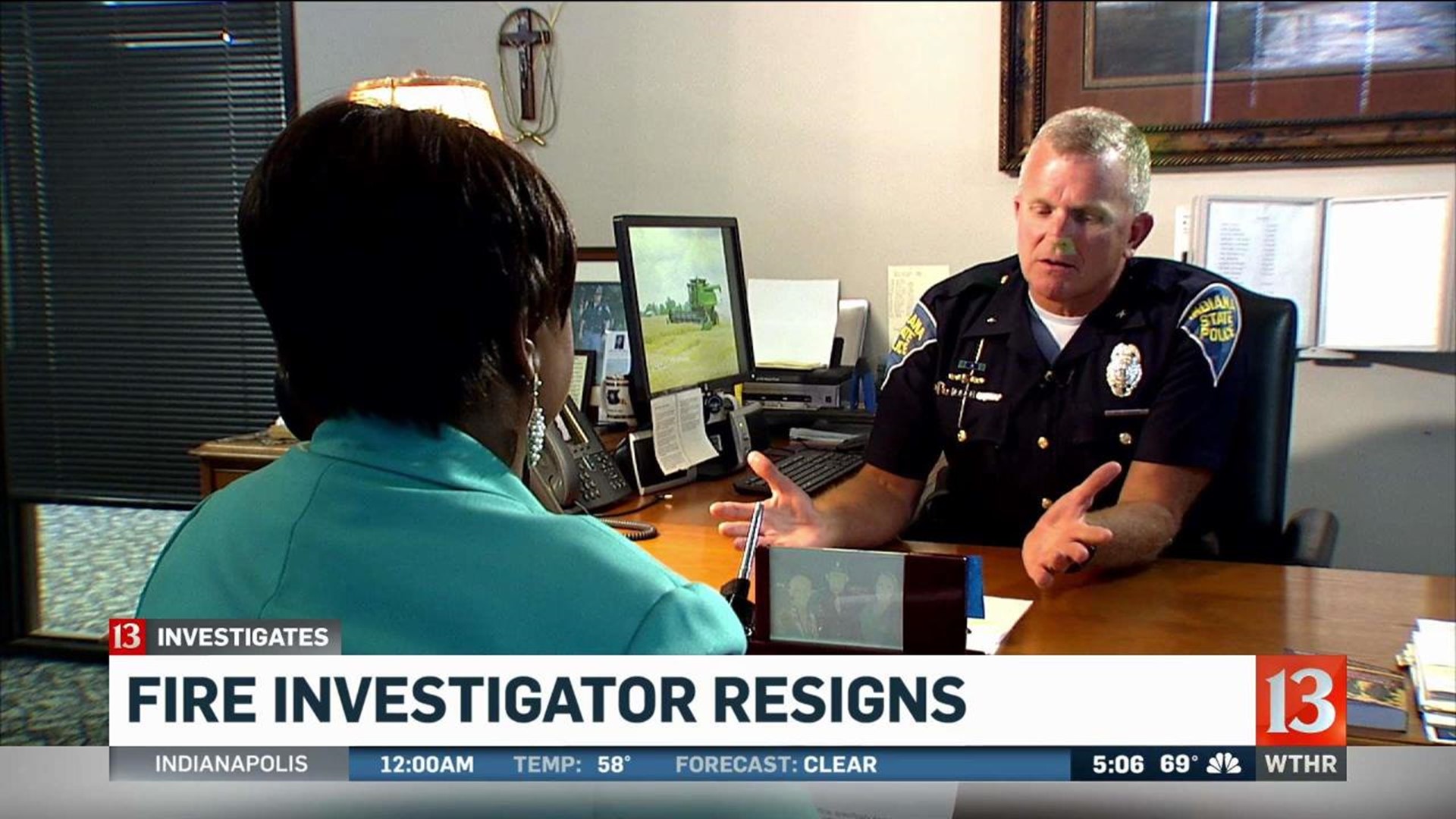 FLORA, Ind. (WTHR) - An arson investigator who determined the fire that killed four little girls was set intentionally has quit his job at the Department of Homeland Security.

A week ago, 13 Investigates showed e-mails for the first time questioning Dennis Randle's handling of the Flora fire investigation.

We first took those scathing emails to the Superintendent of the State Police a week ago. They were sent from a private arson investigator from Michigan to the Director of the Department of Homeland Security, the State Fire Marshal, and 13 Investigates. We spoke with the investigator who wrote them and, while he declined to elaborate, State Police Superintendent Doug Carter vowed to get to the bottom of the questions.

"Were you aware that there were questions being raised about Dennis Randle's handling of the evidence and investigation into the actual cause and origin of the fire?" questioned 13 Investigates.

"I was not. I was not,” said Carter, shaking his head. "I don't know about this but I'll find out," he told 13 Investigates.

Carter told 13 Investigates Randle's release of his arson findings were premature. Carter was equally concerned about an internal email from a DHS staff member telling Randle to wait to make that information public.

We also learned Randle put out the release without informing any other investigators on the case.