Alleged attacker claims another side to story in Lake Monroe incident

After another request Tuesday morning for an interview, the man did not follow through. 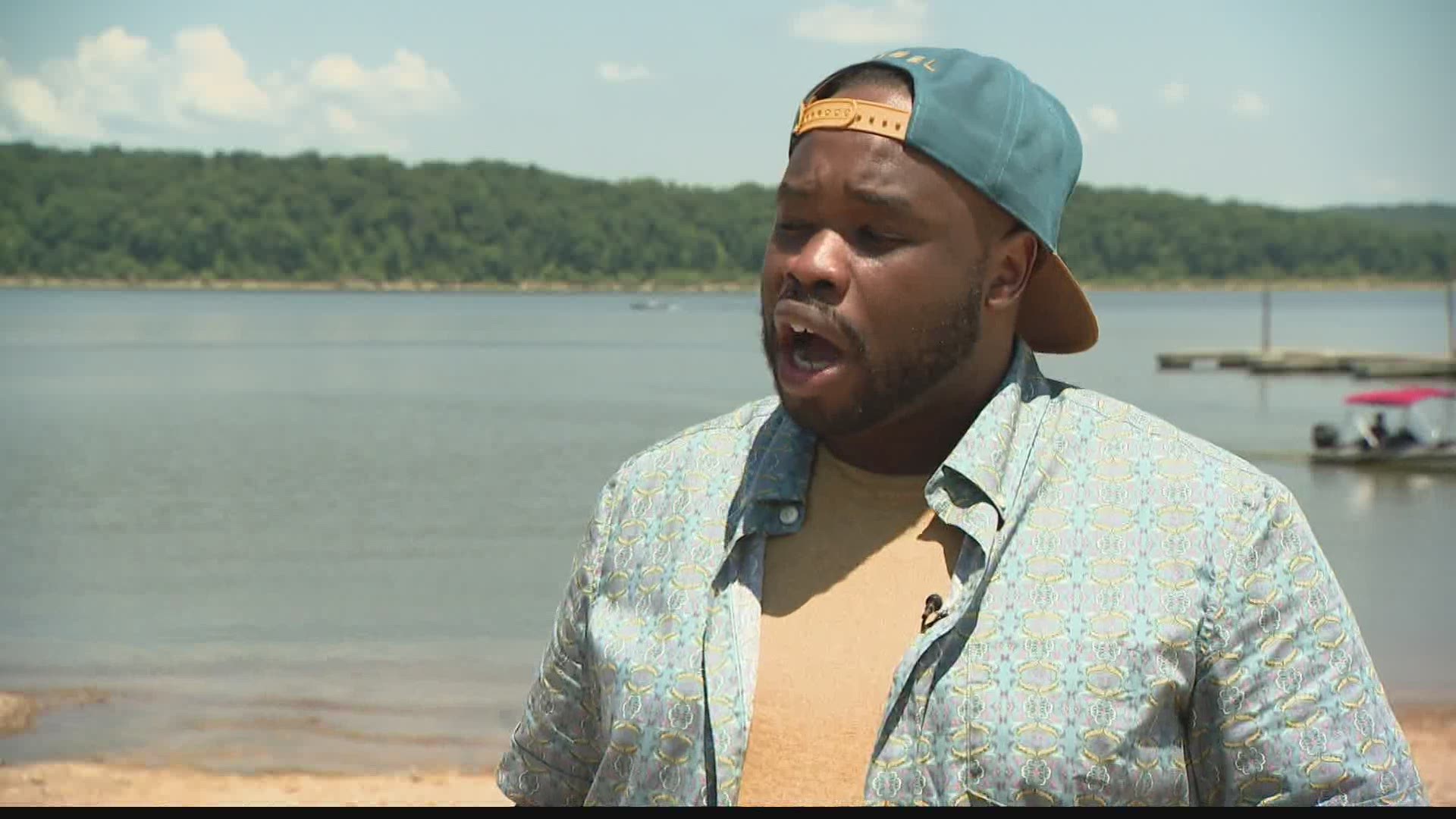 BLOOMINGTON, Ind. — 13 Investigates is not identifying the people in the video of a July 4 incident at Lake Monroe because they have not been charged with a crime.

Vauhxx Booker, a Black man, claims he was attacked and held against his will by a group of white men.

Booker posted videos taken by himself and others of the incident on his Facebook page. Booker’s attorney, Katherine Liell, says the FBI is investigating the case as a possible hate crime.

13News exchanged text messages for a second straight day with the man in the red shirt in the video, who is holding Booker on the ground against a tree while others yell for him to be released.

The man texted Monday: “After I talk to my attorney I will call you. Thanks.” But he never called.

After another request Tuesday morning for an interview, the man texted: "Let you know asap. I want to get my side out also and now." But he did not follow through Tuesday.

13News has made multiple attempts to contact the other men in the videos.

In a heated exchange, a man wearing no shirt yells at Booker, “You happy with your five white friends?”

Indiana DNR says the incident that happened around 8 p.m. on July 4 was on private property near Lake Monroe.

"I wasn't on private property,” says Booker. “But even if I was, it would still be inexcusable for someone to attack me, for five men to pin me down and threaten to get a noose while I was pinned against a tree."

In a statement, DNR said:

"Additional investigation and interviews are underway. The Indiana Department of Natural Resources, Law Enforcement Division is working diligently with the Monroe County Prosecutor's Office to ensure a lawful resolution."