Accidental gunshot at Allan funeral sends one to hospital

A person was shot near the end of the Allan funeral and taken by ambulance from Bankers Life Fieldhouse. 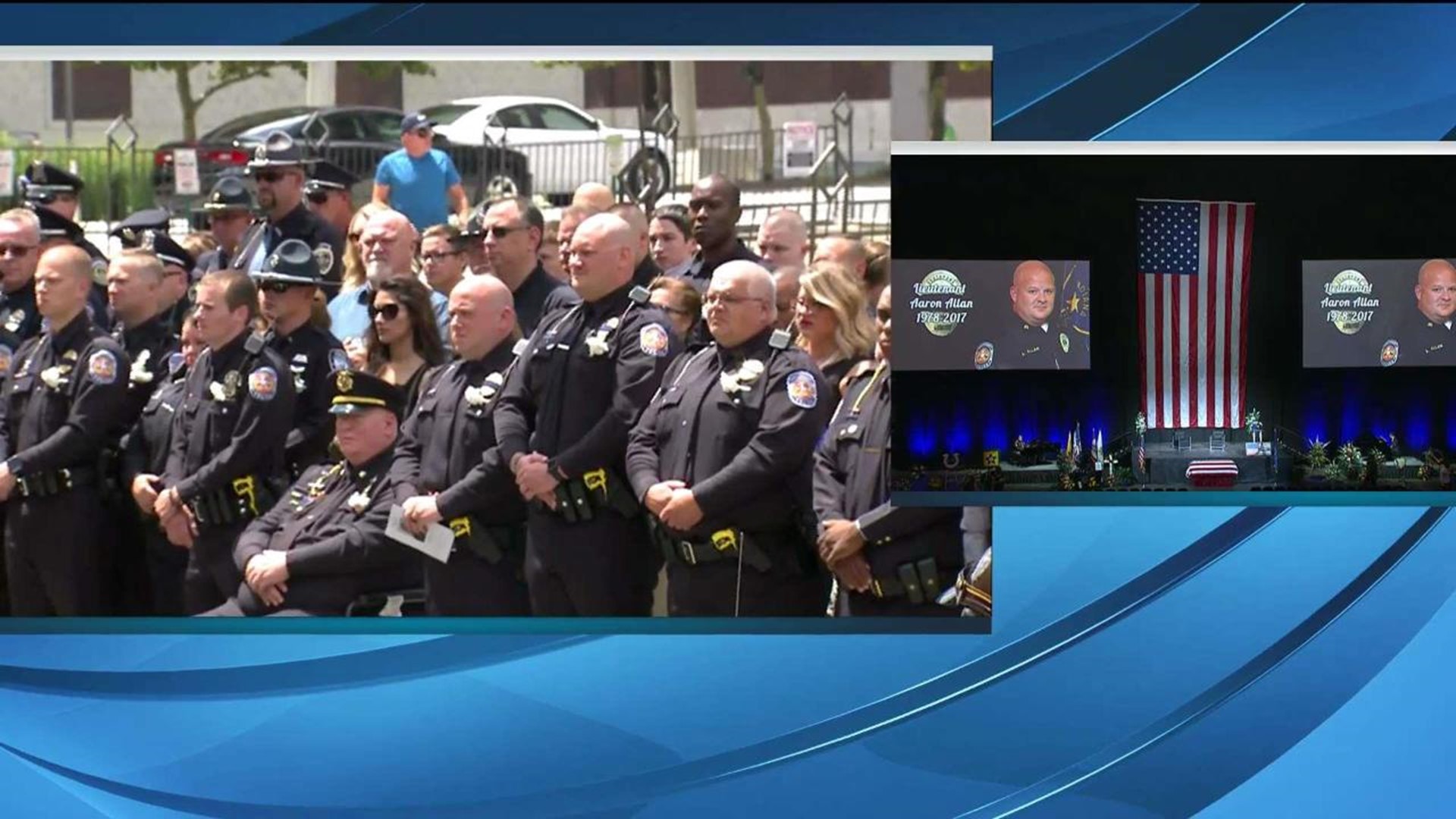 INDIANAPOLIS (WTHR) - A female deputy with the Marion County Sheriff's Department was wounded in what police call an accidental shooting.

It happened at Bankers Life Fieldhouse as mourners filed out at the end of Southport Police Lt. Aaron Allan's funeral. Chopper 13 followed the ambulance carrying the wounded officer to Eskenazi.

A Woman Deputy from MCSD suffered graze wound in leg at end of Allan funeral in Bankers Life Fieldhouse when firearm discharged pic.twitter.com/4hfGBFFJaV

"We have a Marion County sheriff's officer that was injured by a graze wound. She was transported to Eskenazi in good condition," said IMPD Sgt. Kendale Adams. "At this point we don't know the circumstances of what led to that shooting, but at this point every indication is it appears to be accidental. With 1,000-plus police officers, that means 1,000-plus weaponry involved and in the midst of this, it looks like it was an accidental shooting and it looks like she's going to be okay.

Police did not immediately release the victim's name. She was wounded in the leg.

An Eyewitness News photographer was in the fieldhouse and heard the sound.

"Officers were lining up to go out to the lobby and all of a sudden there was a loud noise. At first, I didn't know what it was."

He says a colleague thought it sounded like someone dropped a live microphone on the floor.

"It was really loud. Wasn't quite sure if it was a gunshot. You wouldn't think a gunshot like that would happen during the funeral, especially for a police officer."

The gun that went off belonged to an Indiana police officer. No word on which department the officer belonged.