9-year-old scares off man from stealing his dad's truck

A 9-year-old boy in Kokomo scared a would-be robber away from stealing his dad's truck. 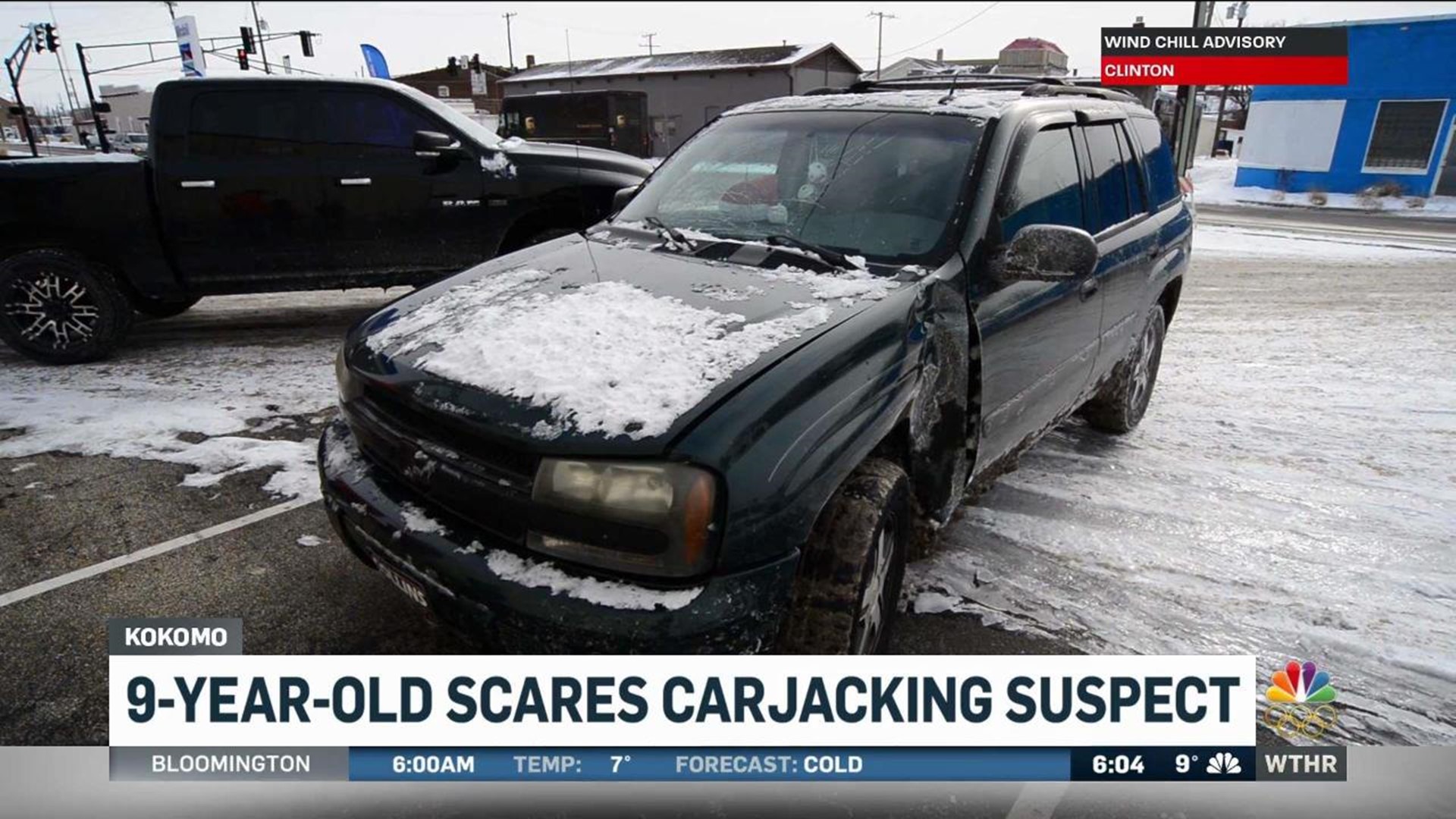 KOKOMO, Ind. (WTHR) - A 9-year-old boy in Kokomo scared a would-be robber away from stealing his dad's truck.

But then that man ended up taking another car and leading them on a high-speed chase before crashing and being arrested.

All of this started at the One Stop Express on the corner of Washington and Jefferson in Kokomo, then ended at the American Tool Rental on South Lafountain Street.

Kevin Cooksey and Kyle Sparling stopped by the One Stop as strangers for different reason, Cooksey needed ibuprofen for his wife and Sparling wanted Doritos. They didn't know they'd end up leaving together and chasing after someone they say tried to steal both their cars.

“When I saw my truck door open, I was like, ‘oh my God, what am I going to tell my wife?’” said Cooksey.

That's because Cooksey's 9 year old son, Larry Larimore, was inside - with the engine running.

“I was thinking, I hope my son knew what to do in that situation,” said Cooksey.

“As soon as he opened the door, I got scared,” said Larimore. “So I pulled out the pellet gun and pointed it to his head.”

That scared the man enough to get him out of the truck, but then he ran into the next car down - Sparling's black Trail Blazer, which also had its engine running.

“I didn't know what to think, I just kind of ran outside and watched him,” said Sparling.

“I wanted to go catch the guy,” said Cooksey. “It's just one of those instincts to help out somebody else.”

Cooksey told Sparling to get in the truck with them. They called the police and chased the suspect down Washington Street.

“Right up here by this church, he got up on the sidewalk over here and got back on the road,” said Cooksey. “At this point, we were doing about 70 miles per hour.”

“I was just glad he didn't wreck into anybody,” said Sparling. “That was my biggest fear, I think.”

“I thought he was going to come back at me,” said Cooksey. “I thought I was going to have to dodge a moving car with my 9 year old son in the truck.”

After a couple miles, the suspect crashed Sparling’s car. Larimore says he's glad he and his dad were able to help track the suspect down.

“I just like helping people because it's kind and if my grandma was here, she would have me do the same,” said Larimore.

“I posted on Facebook, ‘don't leave your stuff unlocked and lock your doors and your cars,’” said Sparling.

Both Cooksey and Sparling say this is another good reminder to not leave your car running when you’re not inside it.