After two Brownsburg students shared their experiences with racism in school, parents decided to take action. 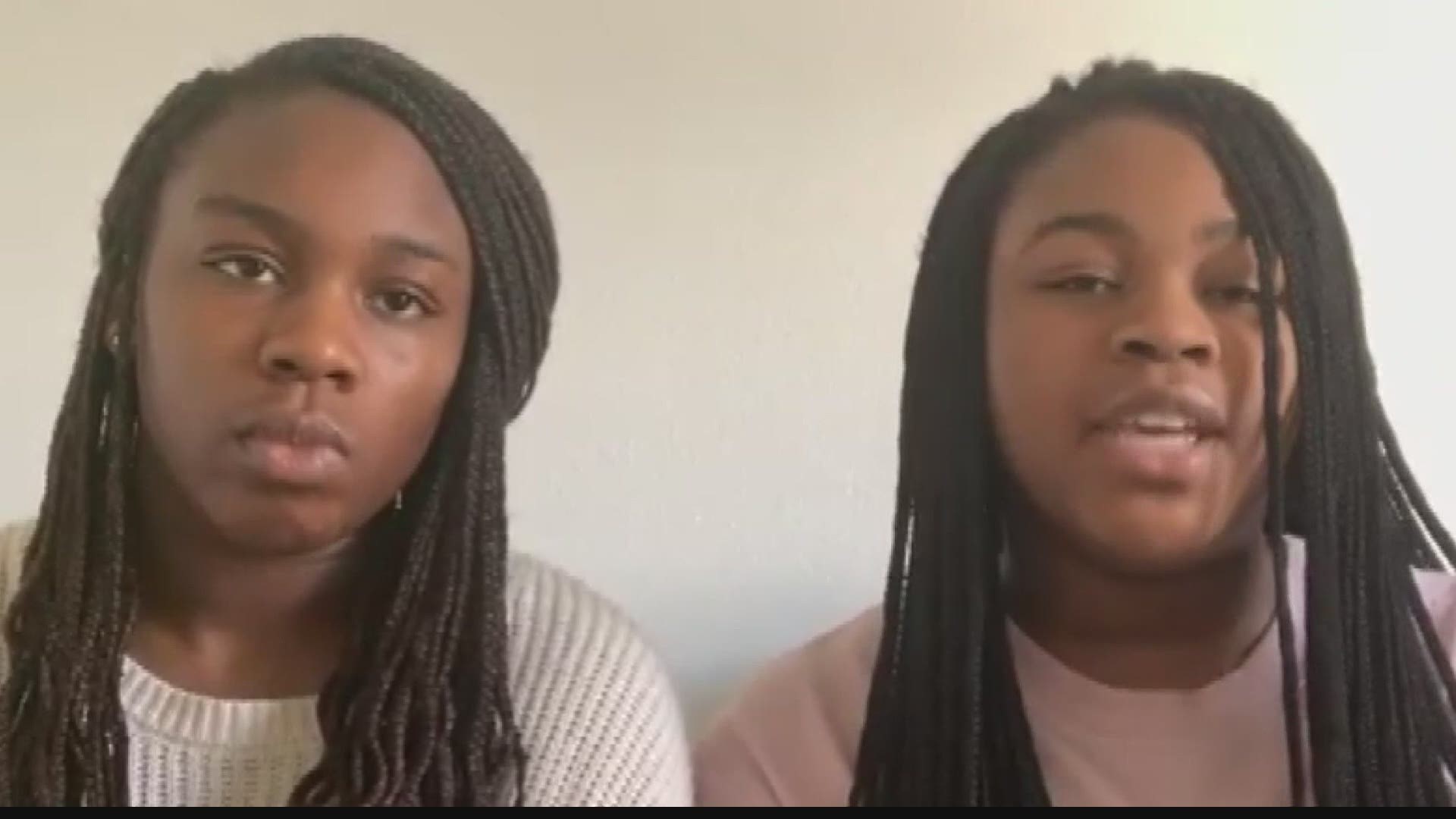 BROWNSBURG, Ind. — For sisters Adeseeke and Omolade Olofintuyi, their time in middle school and at Brownsburg High School has been difficult.

"We've experienced a lot of microaggressions. When I'm speaking my native language, which is Yoruba, with my other friends, other students would look at me weird and ask me to speak English because we're in America," said Omolade Olofintuyi.

They say other students have been painfully direct.

"On multiple occasions I've been called the N-word. I've received horrific messages, like comparing me to a monkey or an animal or dirt," said Adeseeke Olofintuyi.

The sisters told their stories during a Black Lives Matter protest in Brownsburg a few weeks ago. Many parents who were there, like Shawnna Ajeigbe and Paris January-Cole, decided to take action.

"We had already begun talking about ways to get involved and address some of the concerns we had," said Ajeigbe.

Ajeigbe and January-Cole got together with other community members and educators to draft a proposal to Brownsburg School Corporation.

"Don't be afraid and don't shy away from having hard conversations. Those are very important to bring everyone together, because you can't really understand what somebody is going through or what somebody is feeling unless you have those conversations. Now that we've talked about it and addressed it, what can we do to move forward?" said January-Cole.

The goal is to submit questions and concerns as to how the school corporation addresses racism, diversity and cultural sensitivity. The proposal also lists suggestions leaders can implement.

"Our hope really is to learn more information about what the schools are and aren't doing right now and be able to cooperate and work with them to move forward," said parent Amy Lindeman Allen.

The group said once a meeting with school leaders was set, they crafted a petition to garner 1,000 signatures.

"There a lot of people in the community that are on board and are ready to really hold the school board accountable for these changes and we'd really like to see these changes," said Ajeigbe.

Some of the changes include having a more diverse staff and curriculum.

The Olofintuyi's say it's important to have language in the school code that holds others accountable for their actions. They've been having their own conversations with other students in group called "Leaders of Tomorrow."

"I've been afraid to bring things to teachers because of how they would react because I don't want my voice to be silenced, and I want to be able to have a teacher that I can go to be able to express those feelings," said Omolade Olofintuyi.

Feelings, they say, that are now beginning to be recognized.

"I think that moving forward, (Superintendent) Dr. (Jim) Snapp is really working on getting some policies put in place so that they know how to handle when such things happen again," said Adeseeke Olofintuyi.