Natalie Zofkie suffered third-degree burns that covered most of her body after pouring gas on a fire to make it bigger. 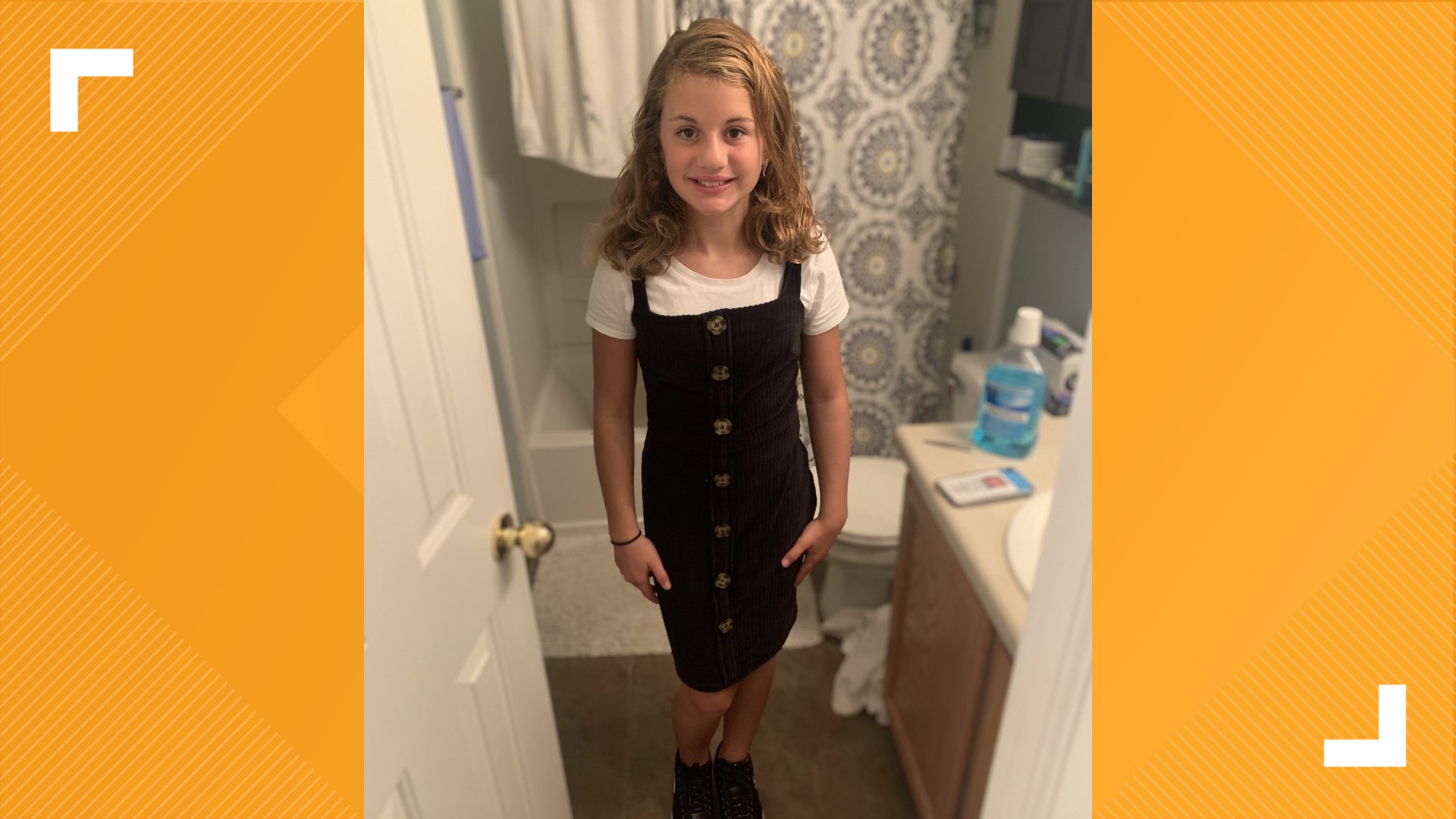 NOBLESVILLE, Ind. — The fall is the time of year when families and friends huddle around fire pits and bonfires, but a Noblesville family almost lost their 11-year-old daughter because of an accident.

They are sharing their story in hopes of saving others from the horrific injuries their little Natalie Zofkie is dealing with now.

Natalie's mom, Sarah Zofkie, was asleep when she got the call.

"He called and said, 'Something terrible happened. You need to get to Riley,'" Sarah recalled.

Natalie, 11, had been critically burned in an accident around a fire pit at a friend's home.

"They went out on the deck and were out there making s'mores, and Natalie poured gas on the fire to make it bigger. I guess the gas can had about this much left in it, and the fumes are what ignited and caused the fire," Sarah said.

Sarah got to Riley Hospital for Children just in time to see Natalie before doctors rushed her to emergency treatment.

"It was less than a 30-minute drive, but it felt like we were never going to get there," Sarah said. "I sat in the [waiting] room for like three or four hours while they tried to stabilize her."

"He told me to call everybody because she was not going to make it," Sarah said.

Her older siblings — brother, Andrew, from Dallas and sister, Sophia, in college — rushed home to be by her side.

"Seeing her was really, really tough — especially when you know how she's always been, which is so spunky, always a light in a room. Then you see her like that, it just breaks a person down," Andrew said. "I can't tell you how many times I've poured gas on a fire out of ignorance of the implications. It's like you always know you could get burned. You don't know you could get burned to a point where you may not live."

Sarah said she wishes she'd had that conversation with Natalie.

Sophia drove overnight to be by Natalie's side.

"Natalie grew up with me and my friends, and so when they all heard, they were devastated," Sophia said. "She's the community little sister. Everybody has hung out with her, babysat her, done something."

Natalie pulled through that first night, then the first week and now the first month.

"She is extremely tough. She's tolerating everything we've done to her up to this point," Sarah said. "She's been here close to a month, and she honestly hasn't batted an eye, so she's doing great."

Dr. Hartman said unfortunately, the cause of Natalie's burns is common. He said about 20 percent of the burns they come across at Riley are from the exact same cause but said Natalie's are the worst he's seen.

"93 percent of her body is burnt. Most of that is third-degree, meaning through all the layers of the skin and into fat," Dr. Hartman said. "Having an injury like that, all of that tissue has to come off."

Fortunately for Natalie, she had small amounts of skin on her scalp, face and under her arms to harvest from.

"We're able to use a combination of her own skin, spray skin and some cultured skin, which we sent away to get cultured, and that comes back to me in about three to four weeks," Dr. Hartman said.

RELATED: 12-year-old boy and his dog killed by wildfire in Oregon

According to Dr. Hartman, Natalie still faces months in the hospital and multiple surgeries.

"I see a lot of success stories come out of Riley for us and our burn team," Dr. Hartman said. "Those kids are some of the most resilient kids I see."

Natalie's family is counting on her resilience for the grueling months ahead, but her mom is taking it one day at a time.

"If the skin grafts take, we're still not out of the woods yet. They will do physical therapy with her there. Then, she'll get to come home and then, we'll go back to Riley three or four days a week for physical therapy with her," Sarah said. "Dr. Hartman says you expect for every percent that she was burned [to equate to] a day in the hospital, so about 94 days. That's the other thing that makes this hard because there is no gold standard as to what is going to happen because every burn survivor is different, and every rehab is different.

Doctors have told Sarah they believe Natalie will be able to walk and should regain full mobility.

Credit: Zofkie family
People have left food for the Zofkie family now that Sarah has returned to work while Natalie is still recovering in the hospital.

The family is grateful for all the support from the community, including family, friends and strangers who have provided meals now that Sarah is back to work.

A GoFundMe was started to raise money for the hospital expenses. As of Monday morning, the fundraiser has raised more than $86,000. Donations can also be made to "Angels of Natalie Zofkie." Send an email to angelsofnataliezofkie@gmail.com for more information and to contribute.