The "March for Trump" was touted as a big history making event weeks before supporters ever stepped foot onto the nation's capital. 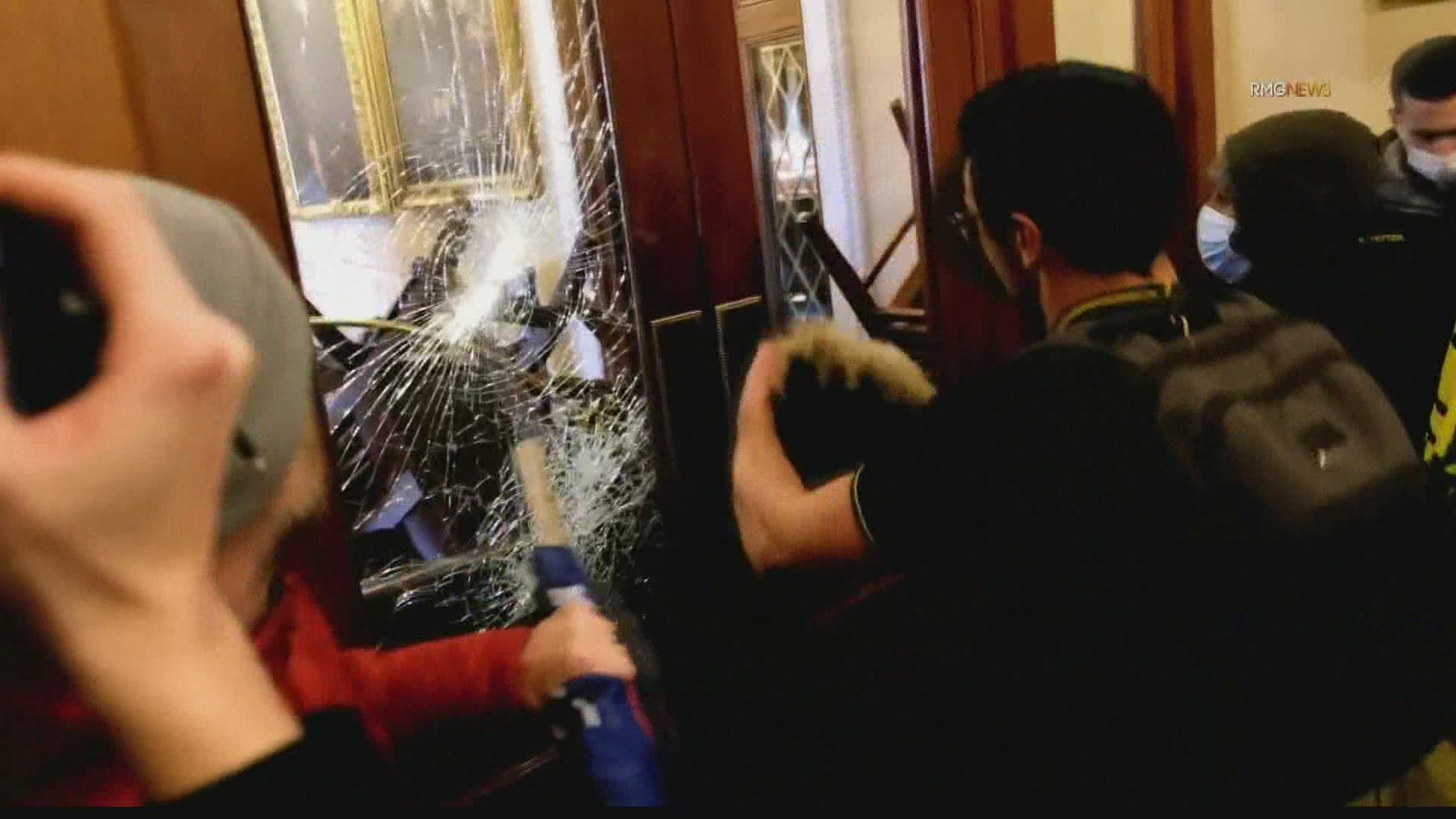 WASHINGTON, D.C., USA — The "people's house" in the nation's capital had not been breached in two centuries.

One of the pressing questions now is: How could it happen?

The "March for Trump" was touted as a big history-making event weeks before supporters ever stepped foot onto the nation's capital.

From flashy website video to online flyers that said: "The President is calling on us to come back to Washington...Be there...will be wild."

Chaos broke out shortly after the president and his lawyer told supporters at a rally: "If you don't fight like hell, you're not going to have a country anymore" and "Let's have trial by combat..."

Now there's fallout over the lack of preparation and security.

Especially in contrast to what the nation saw last summer in Washington during the Black Lives Matter protests.

"(A) photo of military people in full military gear, scores of them lining the steps of the Lincoln Memorial," Biden said. "No one can tell me that been a group of Black Lives Matter protestors yesterday they would have been treated very differently than the thugs that stormed the Capitol.”

Biden called into question the lack of consistency.

"And it's unacceptable! It's totally unacceptable. And the American people saw it in full view," he said emphatically.

Credit: Twitter
In this Twitter screencap, a Capitol Police officer appears to pose for a selfie with a member of the pro-Trump mob that stormed the Capitol Building on January 7, 2021.

Just weeks ago, Terry Turchie, a former FBI counterterrorism expert, told 13 Investigates it's no secret in this environment that federal agencies should anticipate violence from extremists groups.

"With the political situation being what it is, we can expect to have more activity from neo-Nazi groups, from groups connected to the left. There's just so much tension, so much division," Turchie explained.

So what happened at the U.S. Capitol, where 50 police officers were hurt as people stormed inside and sent lawmakers seeking cover?

In a statement, Capitol Police Chief Steven Sund said, at the time of the breach, "…violent events were unfolding across the Capitol Complex, the USCP officers were simultaneously responding to a report of (one) pipe bomb … and a second pipe bomb…(And) A suspicious vehicle was also identified."

And now Sund promises, "The USCP is conducting a thorough review of this incident, security planning and policies and procedures."

Sund announced Thursday afternoon that he will be resigning as of Jan. 16.