A local debt collector known for suing thousands of patients each year for unpaid medical bills is now facing a federal lawsuit itself. 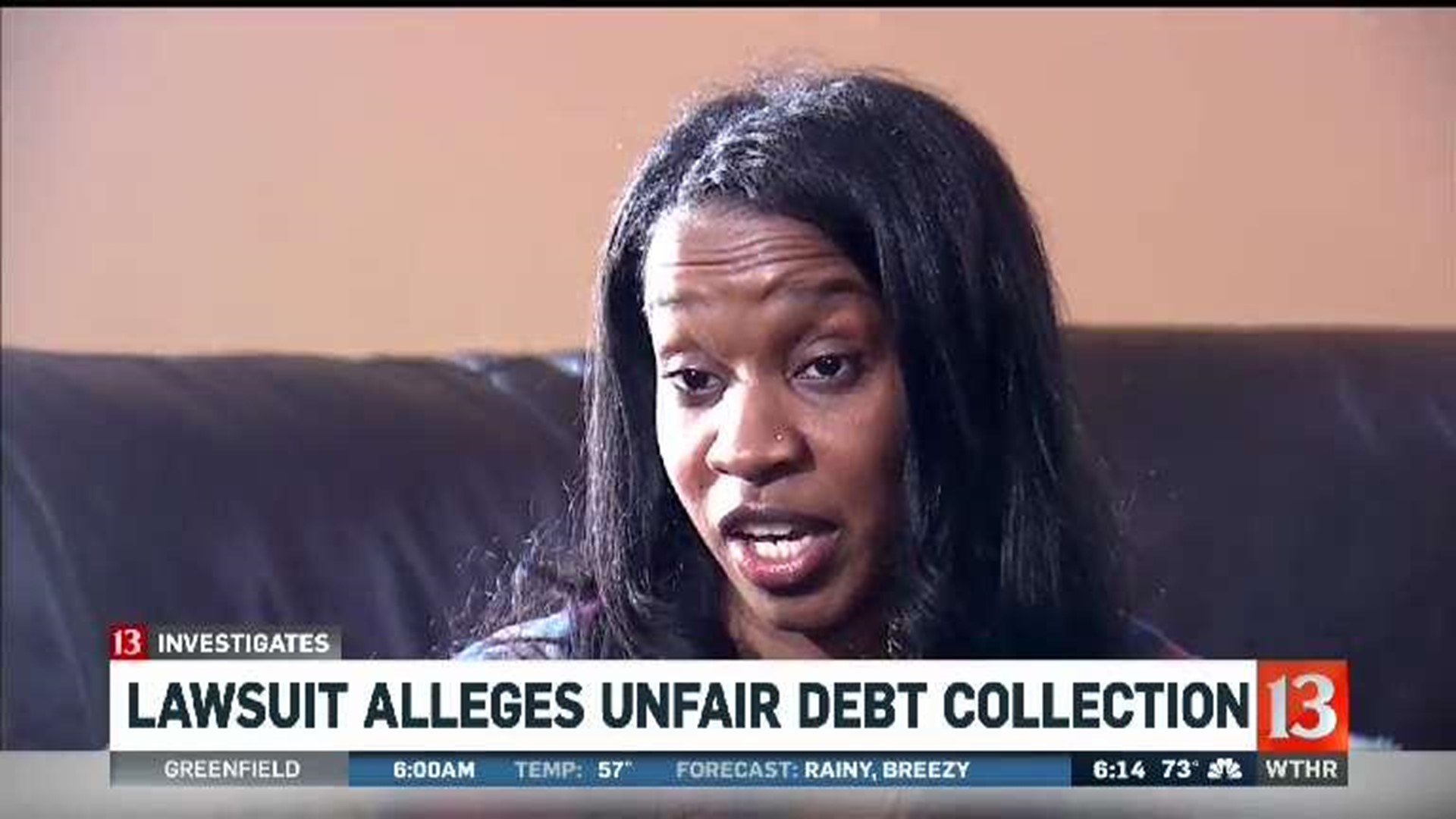 INDIANAPOLIS (WTHR) – A local debt collector known for suing thousands of patients each year for unpaid medical bills is now facing a federal lawsuit itself.

The lawsuit comes after 13 Investigates exposed how the company's attorney collected on a 17-year-old debt a woman incurred as a child.

Attorneys for the woman now say laws designed to protect consumers were broken.

Med Shield is on notice at U.S. District Court in Indianapolis.

A new lawsuit alleges the medical debt collector violated both federal and state law trying to recoup an unpaid hospital bill from nearly two decades ago.

"It appears there has been some improper conduct here," said John Steinkamp, an attorney asked by 13 Investigates to review Toliver's case.

She was ordered into Decatur Township Small Claims Court, and her part-time wages garnished to cover the bill from the old Wishard Hospital dating back to 2002.

Toliver was just 17 years old at the time of that billing 17 years ago. Under law she was a child.

"How can I be held responsible for something that happened 17 years ago?" Toliver questioned.

A local woman forced to pay a medical debt from her childhood is fighting back. She’s filed a federal lawsuit against Med Shield..alleging violations of the Fair Debt Collection Practices Act.
@13Investigates @WTHR pic.twitter.com/jvenYmcgD0

It's called the Scott Law and is based on a case involving the Scott County School District.

Still, Toliver's attorneys are questioning the legality of the judgment based on federal statues for debt collection.

13 Investigates tried to talk to Johnson by phone for weeks before finally catching up to him outside court. Reporter Sandra Chapman reminded Johnson the statute of limitations for consumer debt is six years.

"Not once you have judgment," Johnson responded, referring to the judgment he got in the case back in 2004.

Records show Johnson asked a court to garnish Toliver's wages back then, but he learned she did not have a job. All of that court activity happened without Toliver's knowledge.

According to the lawsuit, Toliver didn't know about the legal action because she "did not receive proper notification of the complaint" in 2004.

Still Johnson won a default judgment against Toliver in Decatur Township for $1,300. Weeks ago, she was ordered to pay that amount plus another $1,500 for years of interest and fees.

"I don't think it should work this way," Toliver said reacting to the way her case was handled.

The lawsuit alleges the complaint was also filed in the wrong venue. Toliver has never lived in Decatur Township and had no knowledge of the judgment until recently.

Since 2015, the law requires claims to be filed in the township where the service was provided or where the patient lives. Decatur Township fails both of those standards in this case.

Toliver's attorneys claim, it "constitutes venue shopping" meaning it was filed in a court where the debt collector might have the appearance of favor and that Med Shield "used unfair or unreasonable means to collect" and "to enforce an unlawfully obtained judgment."

13 Investigates asked Johnson who handles Med Shield's filings about the possibility of getting sued in connection with the Toliver case.

Johnson initially shrugged his shoulders and then said, "Well if it's a valid suit, great."

The lawsuit states that any violation of the Federal Debt Collection Practices Act is also a violation of Indiana's Deceptive Consumer Sales Act.

13 Investigates has made repeated efforts to reached out to Med Shield but has yet to get a response.

Attorney Richard Shea, who filed the lawsuit on Toliver's behalf told 13 Investigates in a statement:

"We hope, that once the court reviews the facts and evidence in this matter that they will find in favor of Ms. Toliver." – Attorney Richard Shea