An Indiana lawmaker is calling on the governor to scrap a statewide transportation program amid complaints that there are not enough drivers to meet demand. 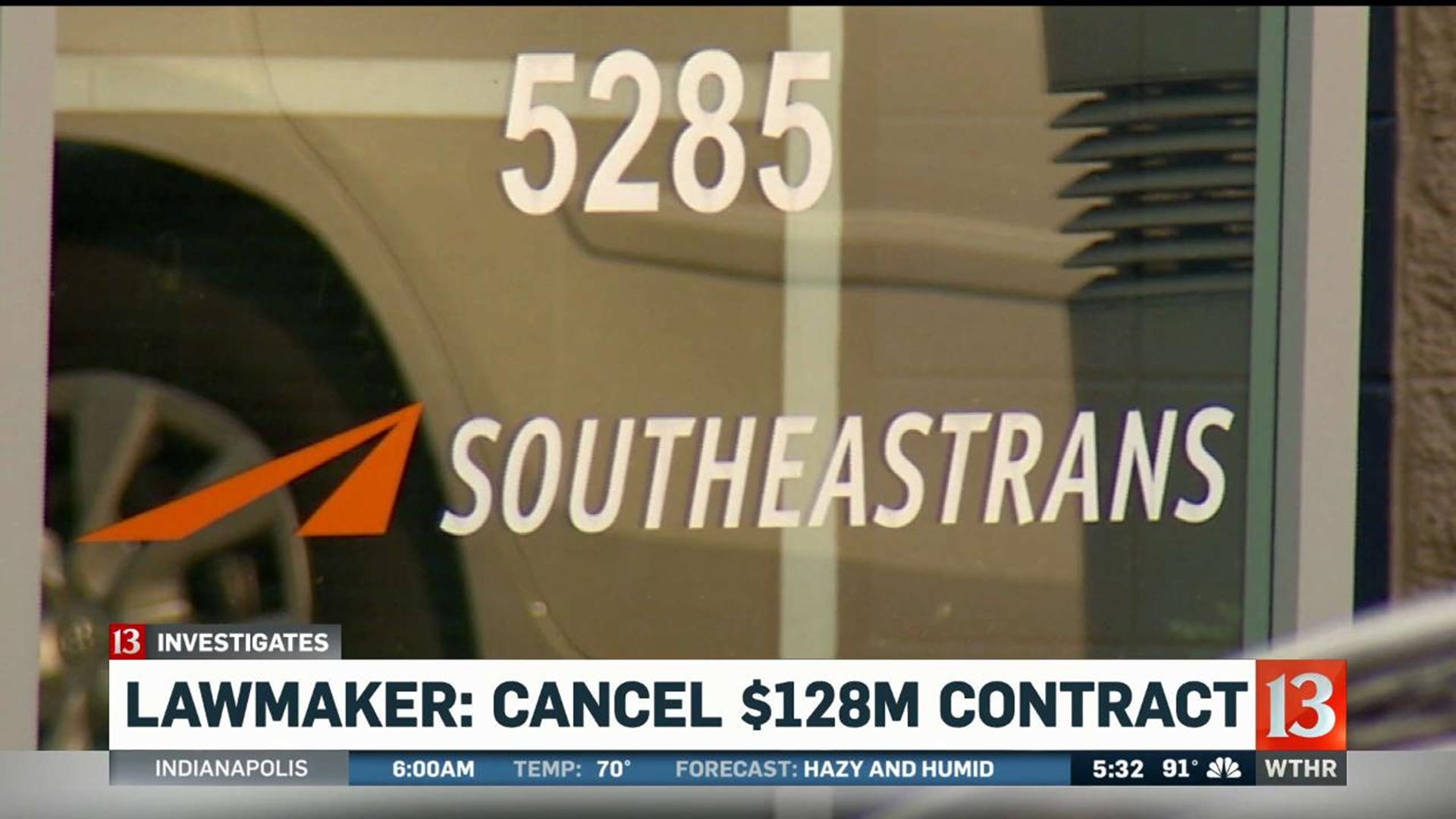 INDIANAPOLIS (WTHR) — An Indiana lawmaker is calling on the governor to scrap a statewide transportation program amid complaints that there are not enough drivers to meet demand. Too often the scheduled rides for Medicaid patients just don't show up.​

For over a year now, Indiana's Family and Social Services Administration has promised to fix problems getting Medicaid patients to and from doctor appointments. But system failures are ongoing in all 92 counties leaving some patients stranded.​​

"I believe it is up to the Governor of the State of Indiana to really show leadership and cancel this contract," said State Representative Karlee Macer, (D-Indianapolis).​​

Macer saw WTHR's story two weeks ago when 13 Investigates asked the agency for a breakdown of the "no shows" as a result of the new system. Macer wanted to see the outcomes too. Now for the first time numbers obtained by 13 Investigates reveal just how bad the problem is.​​

Ann Alford has a seizure disorder and can't drive, so she depends on SoutheasTrans to get her to and from doctor's appointments.​

The State contracts with SoutheasTrans to provide pick up service in all 92 counties. For Alford it's been nerve-racking — no shows and just a week ago she was left stranded a half hour from home. A driver dropped her off for an appointment in Carmel but when it came time to leave SoutheasTrans had no one to send.​​

"They couldn't find a driver," she told 13 Investigates.

So she waited two hours to see if the situation would change. With no other options available, she took a cab ride home, with a $40 fare she couldn't afford.​​

"Thank goodness I got somebody to give me the money to bring me home cause had I not did that, I would have been in trouble. What would I have done?" she asked shaking her head.​​

Alford is now awaiting a refund from SoutheasTrans.​

She and other patients are getting reimbursed for transportation costs while SoutheasTrans collects its lucrative four-year, multi-million dollar deal from the State. Alford was outraged to learn Indiana is paying $128 million for the contract.​​

"For what?," she said with disbelief. "Well I'll tell you what ma'am they don't deserve that money because they don't do half of what they should."

13 Investigates asked FSSA for a breakdown of "no shows" since SoutheasTrans took over in June 2018. ​

Jim Gavin, the communications director at FSSA told 13 Investigates. "We are unable to provide data for the complete time frame." ​​

According to Gavin, before SoutheasTrans took over, FSSA providers drove 3,000 people a month. ​

The number of riders per month has nearly quadrupled in the past year. (WTHR)

FSSA did offer a glimpse of data provided by the Office of Medicaid Policy and Planning for March through May of this year. According to Gavin, legislation went into effect in March requiring FSSA to report on the number of "no shows" in the state's non-emergency medical transportation system.​​

13 Investigates did some analysis. Here are the findings: ​​

Over the three-month period, 24,000 people asked for rides but were never assigned a driver. On average that's roughly 8,000 people a month who did not get service. ​​

Just as troubling, there were nearly 2,000 "no shows." WTHR included the number of drivers assigned for pickups who missed trips and those who arrived too late for patients to make their scheduled appointments.​​

There were nearly 2,000 "no shows" in WTHR's findings for the Medicaid transportation system. (WTHR)

Macer is a healthcare liaison by profession. She said the FSSA knew how many people were eligible for rides in its medicaid system. She said Hoosiers are missing out on critical appointments because the agency failed to plan for full capacity.​​

"If I had that big of a gap in who I thought was going to be using this service," she said pointing to the gap in the number of riders eligible and those who used the service in the past. "Leadership really needed to have addressed and should have been more prepared."

The data also shows the number of patient "no shows" are nearly twice the number of driver "no shows." That number includes patients who did not show up for the ride or who were too sick to ride.

Macer, along with a group of bipartisan lawmakers first proposed an oversight commission for the FSSA Medicaid Transportation System during the last legislative session. House Bill 1555 would have required the agency to prepare a report for review by July, 31, 2019. But the bill never got a hearing. But a Senate companion bill was passed. It now requires data tracking and FSSA to submit a report by Oct. 1, 2019.​​

State Senator Vaneta Becker (R-Evansville), who carried the Senate version of the bill is equally disappointed by the service. ​​

"It's just been horrible," said Becker. "(FSSA) set up this brand new program without doing any type of pilot program. It's not fair to people that rely on these services."

The complaints have also reached the governor's office.​​

"Was it a mistake to go with just one contractor?" asked 13 Investigates Reporter Sandra Chapman​​.

"I can't speak to that," Crouch responded. "I mean change is always difficult. But if the change isn't working then it has to be tweaked. It has to be fixed."

A fix could take some time. Crouch, Becker and others are waiting to learn more from FSSA and SoutheasTrans when the oversight commission meets for the first time in November.

​For patients like Alford, there's little they can do except be prepared to pay out of pocket for transportation if they get stranded and pray that drivers will show up as scheduled.​​

"It's very scary. If things get much worse, I don't know what to do," she said.

"I think we're past the point of waiting to see what needs to be done." she said. ​​

But FSSA provided a more optimistic viewpoint of the service. In a statement, Gavin wrote:​​

"We know challenges remain for SoutheasTrans and its provider network to deliver timely and reliable service...(The) network has the capacity to meet approximately 85 percent of the full demand of the membership. Our goal remains to provide quality, safe and timely transportation service for Hoosiers who need it most." ​​