People in Franklin are demanding answers from the state and federal regulators about what's being done to keep their city safe. 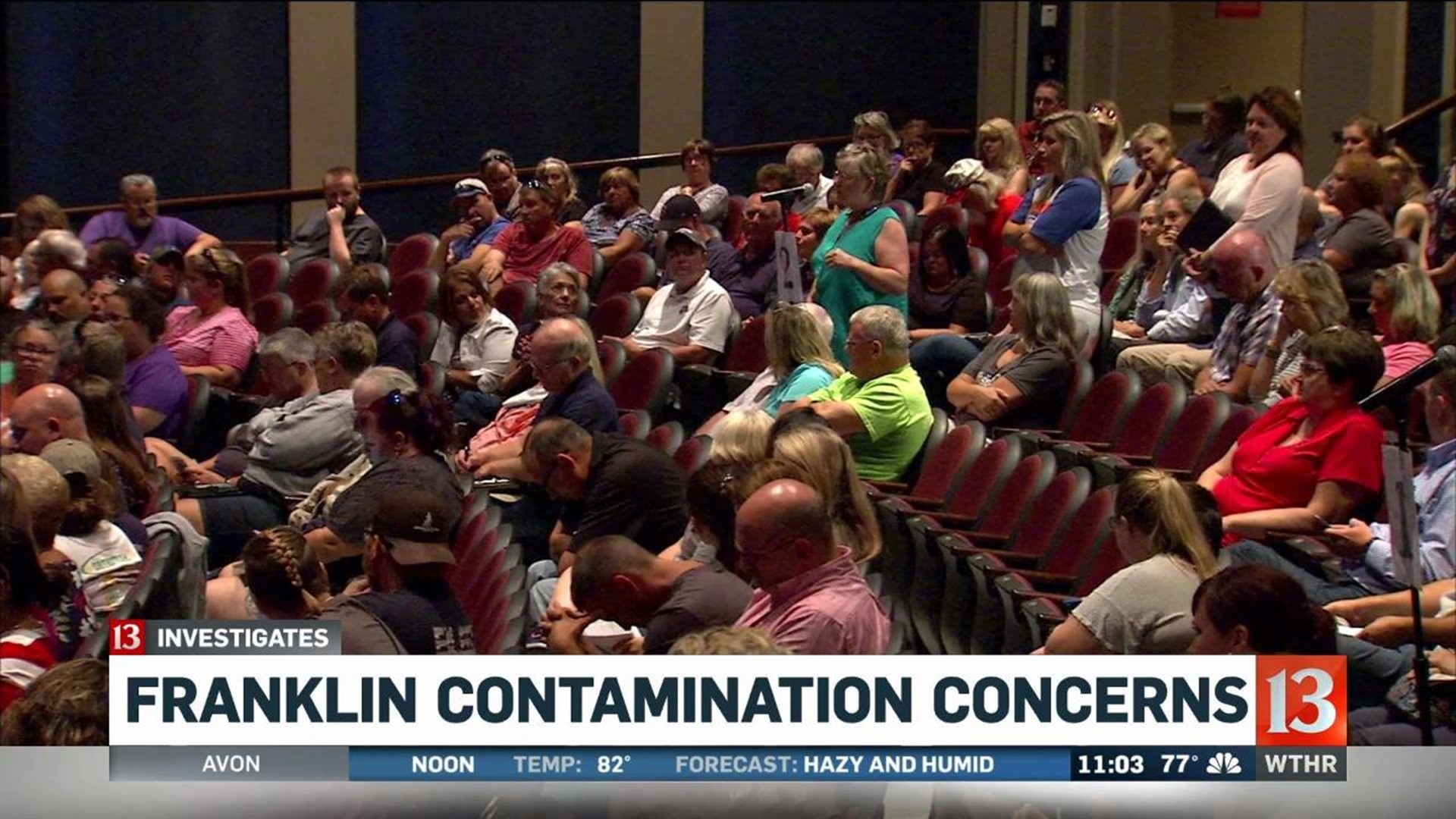 FRANKLIN, Ind. (WTHR) - People in Franklin are demanding answers from the state and federal regulators about what's being done to keep their city safe.

This, after 13 Investigates broke the story about disturbing test results that showed high levels of carcinogens had seeped into some homes.

They lined up early and waited for the doors to open, hundreds of concerned Franklin residents looking for answers about why dozens of kids have gotten sick with cancer since 2009.

"We want answers. We want transparency and we want honesty for our town," said April Adams.

Friday's meeting was the first time they've heard from the state since test results from an environmental group showed high levels of carcinogens like PCE and TCE in six of 14 homes.

The Indiana Department of Environmental Management questioned those results, but said they'd retest two homes where the levels were the highest.

"We don't think those sample results, a randomized scatter shot group of samples, represents an indication that contamination in the soil, widespread, in any sense, exists," said Bruno Pigot, Commissioner of the Indiana Department of Environmental Management.

The agency is also considering putting in a permanent air monitoring system in Franklin to get real time updates on air quality.

Parents with the nonprofit, "If It Was Your Child" questioned why the state hasn't declared a cancer cluster in Franklin, citing Trevor's Law that expands the definition of what makes one.

"I want to know that you are going to utilize this federal law that is in place for places like Franklin so that we can get down to answers," said Stacie Davidson.

"The definition of cancer cluster really refers to seeing more than the number of cases that you expect in a certain area over a given period of time in a given geography amongst the population," said Indiana Department of Health Commissioner Dr. Kristina Box.

IDEM also addressed testing done at Webb and Needham Elementary schools, both outside in the air and inside under the cement.

"The results are excellent and the students who attend schools here should feel safe," said Commissioner Pigot.

Some parents said it would be better to test all the schools, if only to ease people's minds.

"Let's face it, this community has been traumatized enough that if they're going to send these children to these schools, you need to test all of them right now," said Ellen Fuqua.

The EPA was also at the meeting.

They announced they put a filter at the old Amphenol plant which will prevent any gases from escaping the system.

The EPA says it will do complete sitewide testing at Amphenol and that it will basically be "like starting from scratch."

IDEM will be responsible for helping to carry out the EPA's requirements.