"The Trace Act" would provide billions of dollars for more testing and contact tracing. 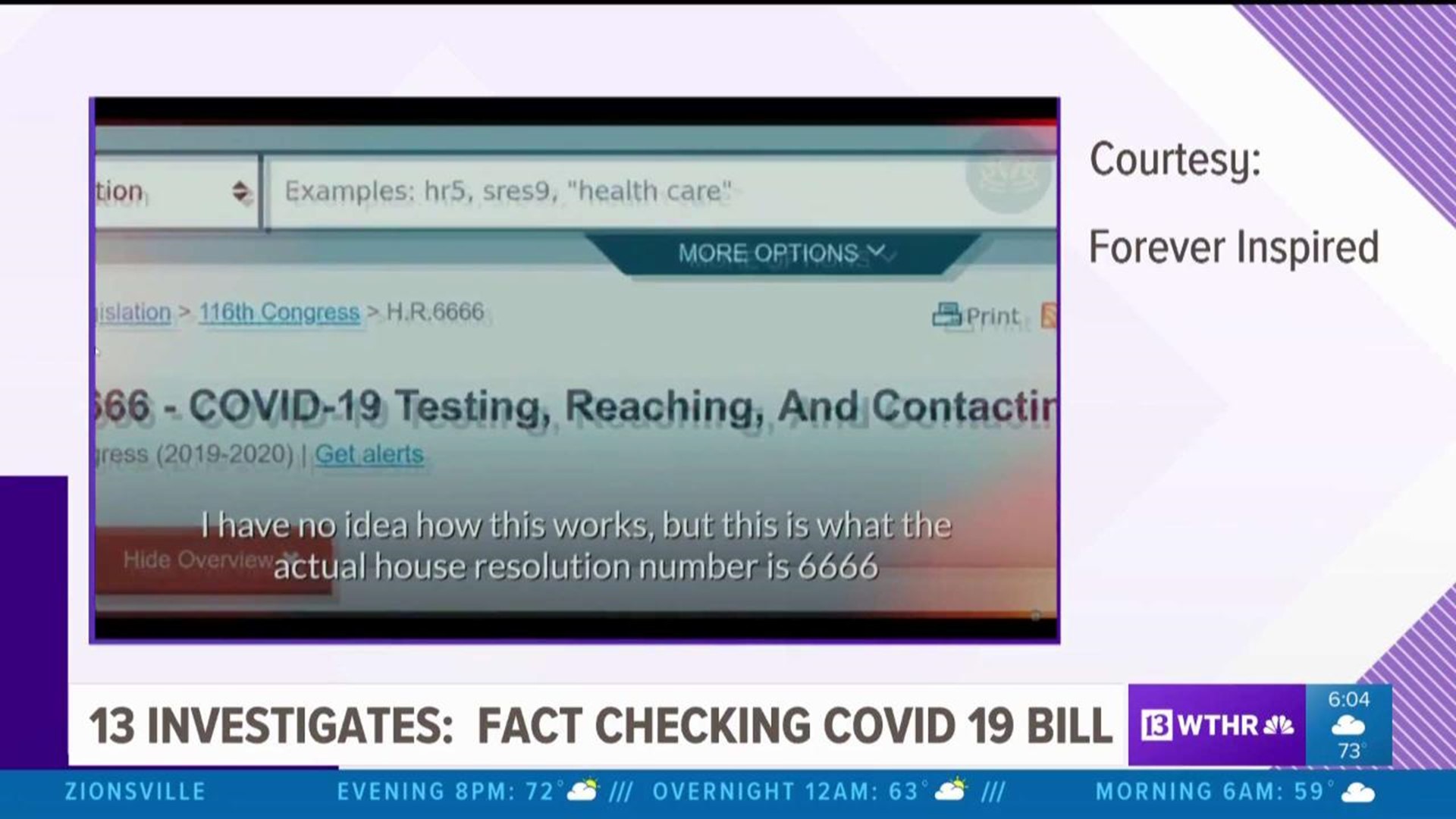 "The Trace Act" would provide billions of dollars for more testing and contact tracing. But so far, it's tangled up in what some call "misinformation."

Internet videos tell viewers the numbers associated with House Resolution 6-6-6-6, also known as the "Trace Act," are not an exaggeration.

Theologians associate the ominous triple "6" digits with the "mark of the beast." It's from a Bible passage in the Book of Revelations identifying the antichrist or evil.

13 Investigates sat down to question one of the bill's co-sponsors, Congressman Andre Carson, (D) Indiana.

"That's a good question," answered Congressman Carson. "The number and the timing of the number even causes me concerns but the numbers are selected sequentially," he explained.

Carson is actually one of 58 co-sponsors.

The bill was introduced by Illinois Democrat Bobby Rush on May 1. The proposed legislation quickly came under attack.

In one YouTube video the narrator makes a frightening claim.

Carson told 13 Investigates he received calls from both family and friends repeating similar claims that they had heard.

"There's rumors that folks would be quarantined in camps like in the Japanese internment camps, not to mention the Tuskegee experiment that was conducted by public health officials on African Americans in Alabama. So folks have suspicions against the government, and rightfully so," said Carson, explaining why some might find the claims believable.

"But the 'Trace Act' doesn't do such a thing," he quickly added. "In fact, it provides resources to better help COVID-19 patients quarantine themselves in their own homes."

The "Trace Act" stands for: Testing, Reaching and Contacting Everyone Act. It would authorize the Centers for Disease Control (CDC) to award $100 billion in grants for testing, contact tracing and monitoring of COVID-19. The money would go to federal health centers, hospitals and schools in hotspots and underserved areas in both urban and rural America.

"I want to make sure that it complies with privacy rights and civil rights laws," Carson said, promising to keep critical protections in place as part of the proposal.

Still, Carson warns Hoosiers to pay attention. He says groups in and outside of the U.S. include grains of truth to get individuals to buy into over-arching false narratives.

As for the "Trace Act," independent fact checkers, like Snopes say the claims circulating in the videos are false. Some platforms are now reportedly banning the content and the provider.

"Disinformation is a threat to public health," Carson warned. "It has the potential to really eliminate the progress that has been made in stopping the spread of the virus."

H.R. 6666 has been assigned to the House Energy and Commerce Committee.

Carson admits the $100 billion proposal is ambitious. He says whether the bill passes or not he wants to see more funding for COVID-19 testing and contact tracing.