The precaution comes after a high-ranking employee who was exposed to the virus said she was cleared by a health professional to show up for work. 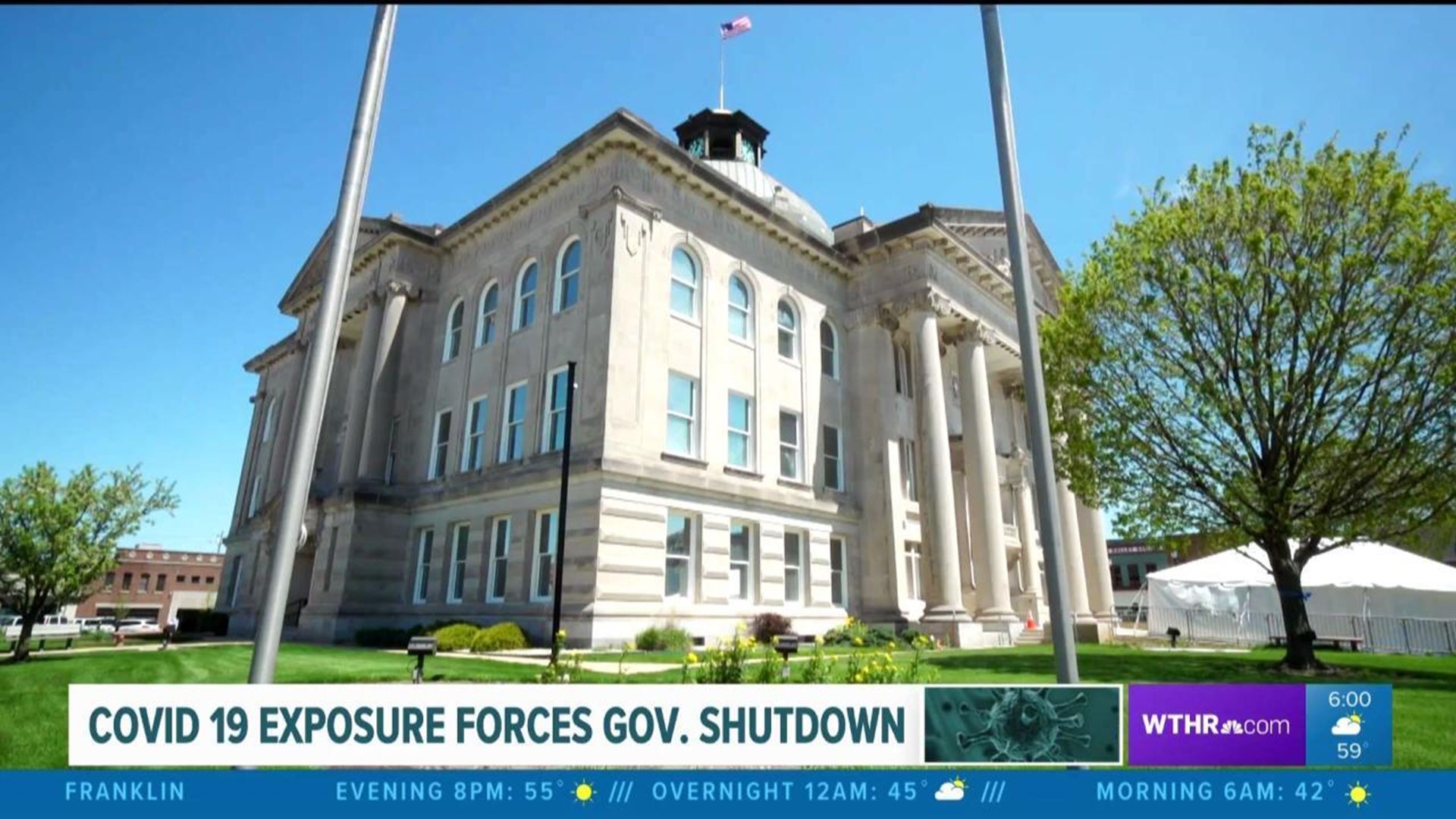 The precaution comes after a high-ranking employee who was exposed to the virus said she was cleared by a health professional to show up for work.

13 Investigates' Sandra Chapman unravels what unfolded and the cost to an entire county.

A notice is on the door at the Boone County Courthouse. The building is one of three closed Tuesday for an unscheduled deep cleaning.

It all started Monday when Jessica White Fouts, the elected county clerk, showed up for work.

"The health department lady said 'Feeling ok?' and I said 'Yep!' She took my temperature. It was under the whatever the requirement is, put my wristband on, and I went to my office," Fouts told 13 Investigates.

But within hours, Bob Clutter, the county's attorney, was telling her she needed to leave. According to Clutter, county commissioners had gotten word employees were afraid Fouts was exposing courthouse staff to COVID-19.

"He wanted me to leave based on the positive results that my spouse received," added Fouts.

Her spouse works for the Boone County Sheriff's Office.

She said Saturday night, Sheriff Mike Nielsen called to alert her family about the positive test. A press release was also sent out. That's when she said she took her family to the Witham ER to get tested. But since she had no symptoms, she said she was declined.

According to Fouts, she asked the health care providers about returning to work and was never told to quarantine for 14 days.

"I was specifically told that there was no reason not to go to work. So that's what I did," she said.

Fouts quickly found herself the center of criticism on social media.

A post on the Sheriff's Facebook page said "What about the employee's wife who instead of self-quarantining with him, decided it was a good idea to go ahead and go to work, possibly exposing everyone at the courthouse?"

But Fouts said there were varying opinions.

"We got the doctor, who's the head of the health department, on the phone, and he said he wasn't sure if I should go home or not," Fouts told 13 Investigates.

"That's not what happened at all. Dr. Servies said 'Absolutely she needs to be quarantined for 14-days,'" recalled Clutter.

Both Clutter and Fouts said Dr. Servies called to confirm with an Infectious disease expert.

Clutter said he was surprised there was any question.

"It seemed pretty obvious. Everyone is aware of what types of precautions should be taken." he said.

Part of those precautions for the Boone County Commissioners included shutting down the prosecutor's office and the annex housing the health department for a deep cleaning, estimated at more than $10,000.

Government employees who were sent home are also getting paid time off.

"I'm not going to say that I don't have any blame. I guess the [government did have] a policy, did have a plan in place." she said.

"If I could do it all over again, I would not have gone to work Monday," she told 13 Investigates. "I feel bad for my staff that they can't continue processing our work. They're going to be three days behind. I do feel bad, but I was going off guidelines from a doctor," she added.

Yet Fouts questions why another sheriff's department employee who worked closely with her husband was not sent home to quarantine. Clutter told 13 Investigates that employee was tested and had a negative result. He said sheriff's employees are tested every two weeks but said he had no additional information.

Calls to Sheriff Neilsen were not returned to 13 Investigates.

Fouts sought out and took a COVID-19 test Tuesday and is now awaiting those results as she quarantines at home with her family.

Mary Beth Searles, the marketing director at Witham, said she can not comment on Fouts' claims due to patient privacy, but said it is the hospital's policy to follow state and CDC guidelines for exposure including a 14-day quarantine.