13 Investigates measured the blind zone in front of 22 vehicles. 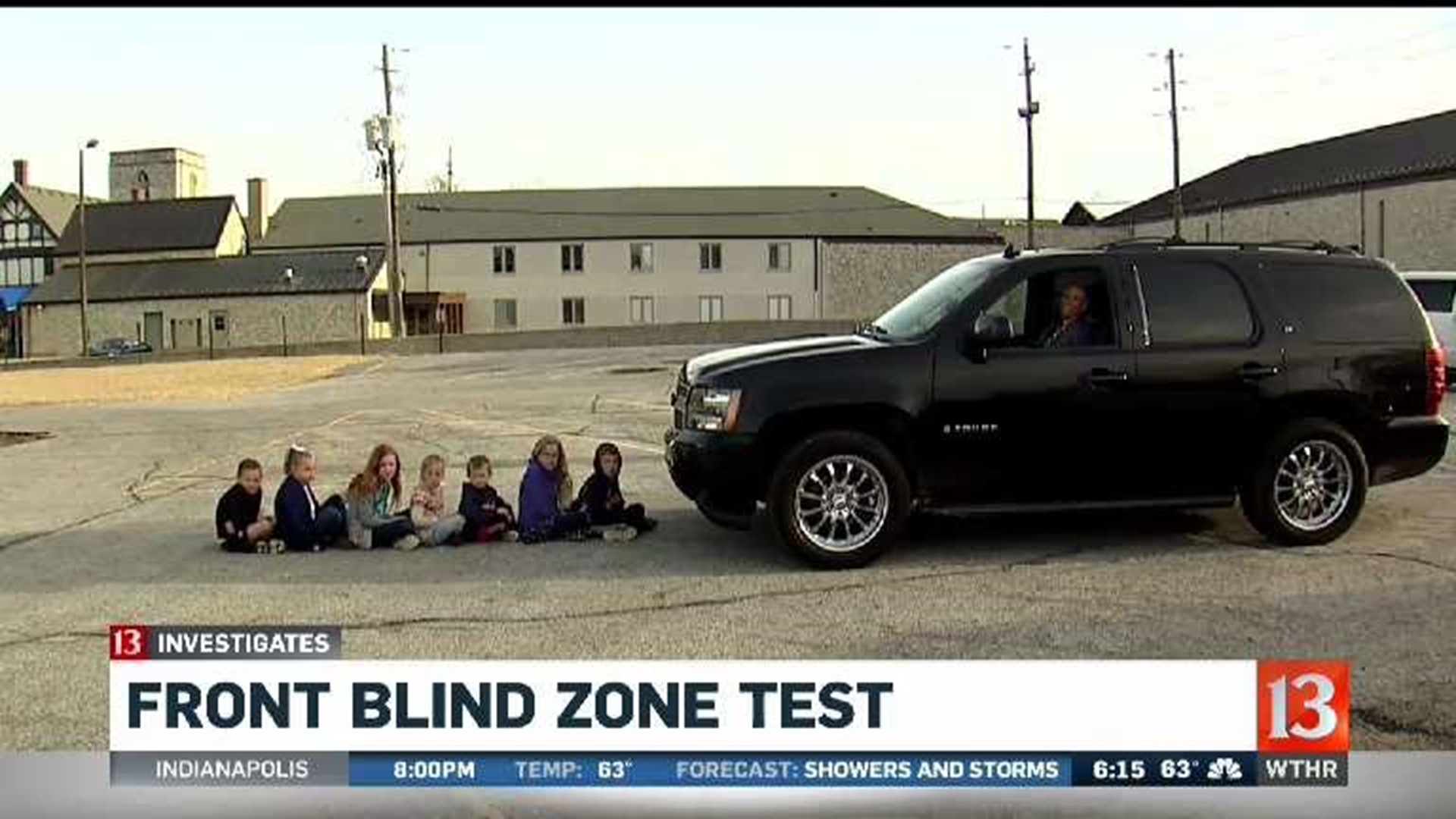 The goal is to help drivers better understand how much space in front of their vehicle is obstructed from view, posing a potential danger of a frontover accident. The size of the blind zone can vary greatly based on a number of factors, such as the height of the driver, the position of the seat, the height of the object in front of the vehicle, and the angle of the driving surface.

WTHR used a 5 feet 4 inch driver (the average height of a female in the U.S.) and a 29 inch orange traffic cone to represent the approximate height of a 12-month-old. Testing was conducted after the driver adjusted each seat to a comfortable driving position, typically with the seat near its highest position. On a flat parking lot, we placed the traffic cone in front of the center the bumper and slowly moved it outward until the driver could see the top of the cone. We then measured the distance between the front bumper and the cone to determine the blind zone length.

WTHR conducted a test of 20 vehicles and their blind zones. (WTHR)