Neighbors embroiled in privacy dispute over fencing and surveillance camera

When Ruby Ballard Harris put up a privacy fence, it started a fight. Now, a neighbor's camera is seemingly pointed toward her house. 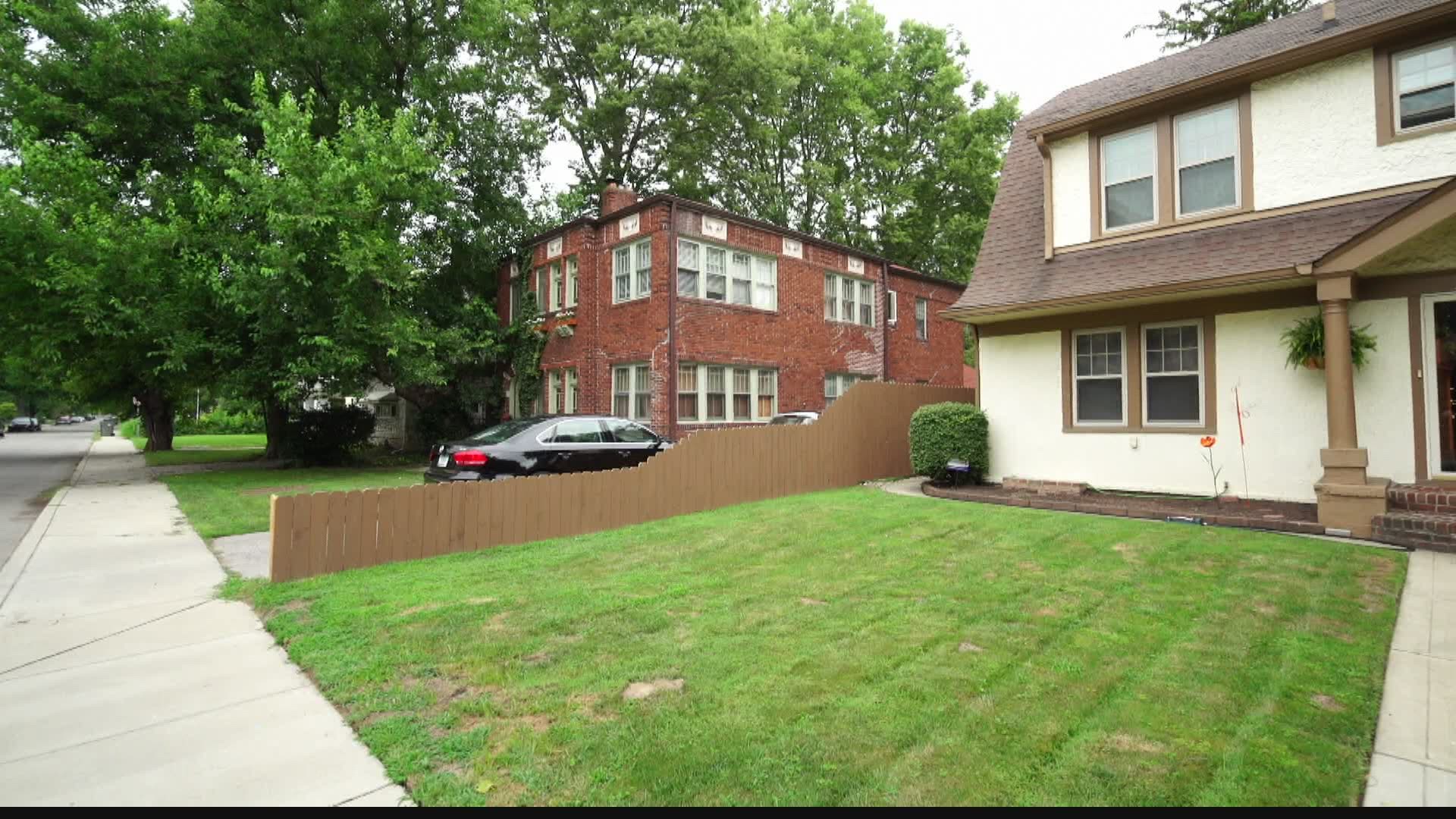 INDIANAPOLIS — A longtime Indianapolis homeowner is fighting for privacy on her own property.

When Ruby Ballard Harris put up a privacy fence, it started a fight. Now, a neighbor's camera is seemingly pointed toward her house.

The pristine nook in Mapleton-Fall Creek owned by Harris has been her private haven for 21 years.

Now, for the first time in two decades, her property line is completely fenced. It seems she and her new neighbors are seeing way too much of each other.

"When I would have breakfast, all I do is see her sitting and looking in my window, so that's the reason for the privacy fence," explained the 76-year old, who decided a privacy fence would solve the problem.

Harris planned to build by the rules.

"So I called the city and I went online and it said four feet, so we built the fence at four feet," she said.

But within days, her neighbor complained. Harris got a letter saying she was in violation of city code.

"I needed to drop it down to three-and-a-half feet. We did that and then they came back again and said that was against code. So we didn't know what to do," she recalled.

City inspectors eventually marked the fence and Harris was able to come into compliance. But that didn't stop the complaints. The focus moved to the side yard.

"When we built the six-foot (fence), she said it was four inches taller than what it should be, so she made 15 calls to the city," said Harris, speaking of the neighbor who lived in the brick two-story home next door.

Those calls prompted a new violation letter and visit from the city.

"I'm done," said Harris, who is frustrated by the process.

She said the $700 project she planned for doubled in cost due to the changes. Even though Harris has not received any fines, she said something just as troubling happened.

"There's a surveillance sign up there, she's looking down on my property," said Harris, pointing up to a surveillance camera in a second floor window pointing towards Harris' property.

"It's made me sick, because all my neighbors are really good, I know them all. All of a sudden somebody moves in two years ago and it's been nothing but hell," she said of her time in the historic neighborhood.

Harris told 13 Investigates she has reported her neighbor to police after a driving incident the day the fence was installed. And she's also had a police report filed against her.

On June 26, Lakisha Hall, the neighbor next door, filed an intimidation report claiming Harris "keeps coming over on her side of the fence."

Harris said she was not trespassing, because she owns a foot-and-a-half of the property on the other side of the fence as well.

But Hall believed it was her property and called it "intentional because the fence work has been completed."

Hall told officers "she feels unsafe...(and) believes that her neighbor has moved her posted trespassing signs."

Still, Harris questions why city resources are being drained about complaints regarding her fencing.

"Why are they running out here when they could be doing other things? I'm just a citizen trying to maintain a home in a neighborhood that is slowly coming back," Harris told 13 Investigates. "I'd just like for this to go away."

13 Investigates could not reach Harris' neighbor for comment. Code Enforcement did not return calls about the dispute.

So what about that camera?

There are no laws about capturing part of a neighbor's property on a surveillance camera, so long as it doesn't invade a private space such as a bathroom or dressing area.

Harris is hoping they all can live in peace and privacy soon.