A new study obtained by 13 Investigates says the radiation levels you're exposed to might be dramatically higher depending on WHERE you are using your phone. 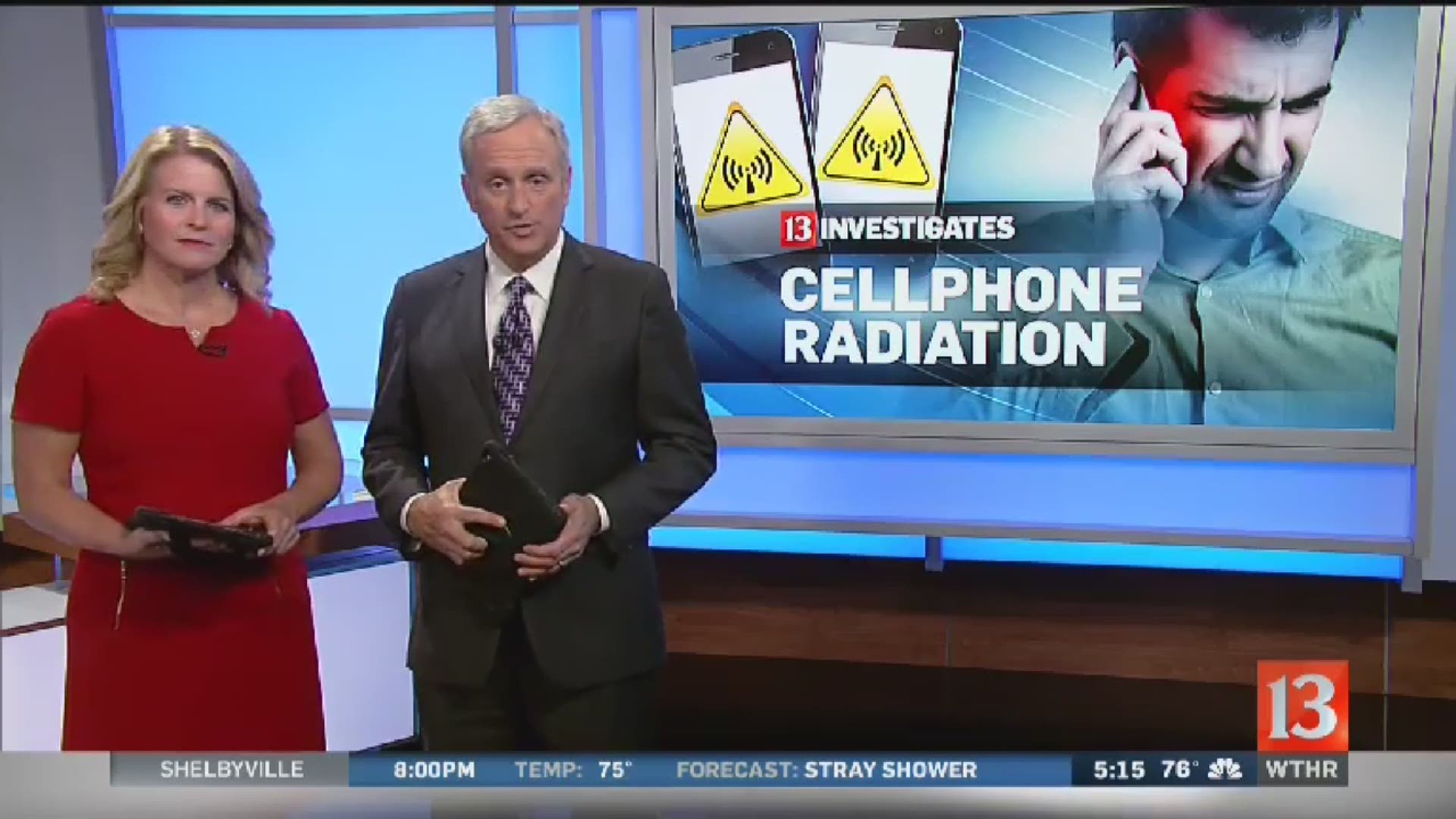 SACRAMENTO, Calif. (WTHR) – Your cell phone constantly emits low levels of radiation. A new study obtained by 13 Investigates says the radiation levels you're exposed to might be dramatically higher depending on WHERE you are using your phone.

Researchers at the California Department of Health say using cell phones in areas with weak reception can result in microwave radiation emissions that are 10,000 times higher than in areas with strong reception.

The study, made public this week, is being published in the journal Environmental Research, and it suggests consumers should take extra precautions when they see only one or two "bars" of reception on their mobile phones.

Dr. Joel Moskowitz, director of the Center for Family and Community Health at the University of California Berkeley's School of Public Health

"With a weak signal, what happens is your phone puts out a lot more radiation to make the connection with the cell tower," explained Joel Moskowitz, director of the Center for Family and Community Health at the University of California Berkeley's School of Public Health. He says the implications of the study are important not only for families who live in rural areas where there might be limited reception, but also for people who live and work in urban areas.

"This would strongly urge that people should not use cell phones in elevators or moving vehicles or public transit ... or in a basement or a building with steel beams where the signal is likely to be very weak, because not only are you exposing yourself to very high levels of cell phone radiation, you're exposing all those people around you."

For the study, researchers tested 22 cell phones from six different manufacturers, including both smart phones and earlier models with fewer features. Phones were tested under both strong and weak signal conditions, where strong reception signals were represented by 4-5 bars in the devices' signal display and weak reception signals were represented by 1-2 bars.

"The difference between weak and strong reception signal environments was at least two orders of magnitude higher for 73 percent of the phones tested," the researchers wrote. "Limiting cell phone use in weak signal reception areas indicated by fewer than three display bars could potentially reduce [radio frequency]exposure by up to a factor of 10,000."

The study, titled "Real World Cellular Phone Radio-Frequency Electromagnetic Field Exposure," was conducted inside the California Department of Health between 2011 and 2013 -- before the widespread use of 3G, 4G and 5G technology -- and it was among the evidence the state of California considered when issuing its Cell Phone Safety Guidance Report in late 2017. That report suggests consumers take steps to reduce their exposure to radio frequency radiation from cell phones.

There is intense debate about whether cell phone radiation is harmful. The cell phone industry points to several studies that suggest RF energy from cell phones poses little risk to human health.

CTIA, a trade group that lobbies for the cell phone industry, has told WTHR numerous international and U.S. organizations, including the U.S. Food and Drug Administration, World Health Organization, and American Cancer Society, have determined that the already existing body of peer-reviewed and published studies shows that there are no established health effects from radio frequency signals used in cell phones.”

But in recent years, a growing number of doctors and scientists have expressed concerns about the potential impact of cell phone radiation, and they cite both private and government studies to justify their concerns.

"There is considerable evidence that suggests that cell phone radiation at the levels we're currently exposed to can have a variety of harmful effects on the human body, including cancer, neurodegenerative diseases and effects on the reproductive system," said Moskowitz, who for years has been urging more government studies and oversight of RF radiation. "We have a large body of scientific evidence that suggests strongly that you need to minimize your exposure to cell phone radiation."

Simply keeping your cell phone away from your head and body can significantly reduce the amount of radiation you absorb from your phone.

You can do that by: