A man with alleged ties to a neo-Nazi group was just weeks from patrolling one Indiana community. 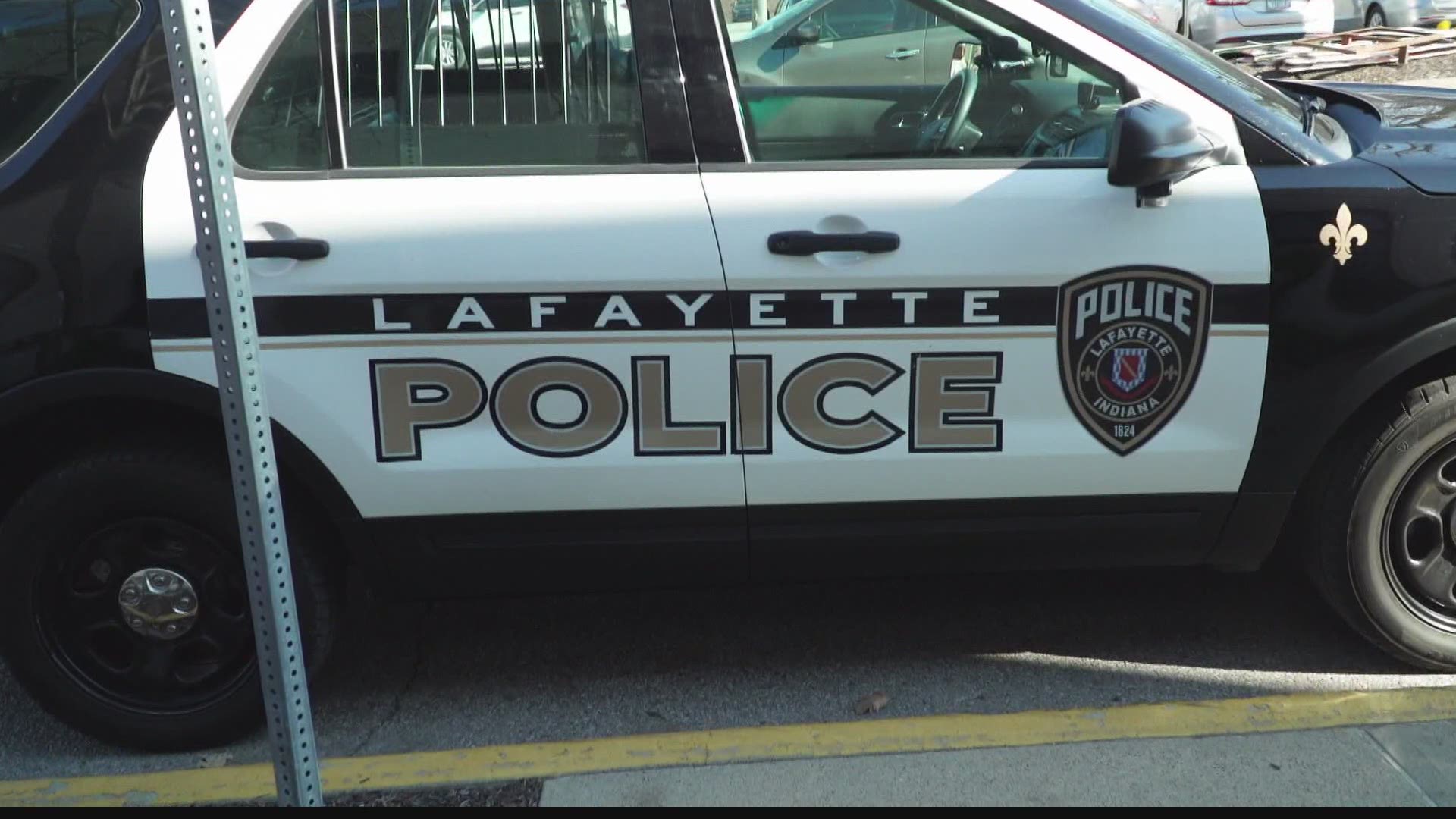 LAFAYETTE, Ind. — A proud graduation moment became an embarrassing admission for the Lafayette Police Department after learning a recruit the agency touted on social media had alleged ties to an extremist group.

The department called it a mistake to hire Joseph Zacharek, a recruit with neo-Nazi ideologies who went undetected for months. Lafayette Police didn't know about his ties until mid-October when someone tweeted, "It looks like you just hired a Nazi."

Within hours of the post, Zacharek, a New York native and former Tank Crewman for the Army, was fired.

"This was a mistake, and we own it 100 percent," said Brad Bishop, Deputy Chief of Police.

We appreciate this information being brought to our attention. An investigation into these allegations will commence immediately. There is no room for hate at LPD. We will get to the truth.

Zacharek was hired back in June as a probationary officer and had no enforcement action or uniform contact with the public.

But for 11 weeks, he got a front row seat to police training and tactics at the Indiana Law Enforcement Academy (ILEA.)

It's training extremists and their groups can exploit.

"Somebody was actually able to be hired by your department. How concerning is that?" asked 13 Investigates Reporter Sandra Chapman.

"It's very concerning to us, absolutely and it's something we take very seriously," Bishop replied.

The Southern Poverty Law Center said National Socialist and neo-Nazi organizations are known for their hatred for Jews and other minorities. The group is one of 20 designated "hate groups" across Indiana, according to the SPLC "Hate Map."

"Should we be concerned that they're trying to get into government agencies or police departments? Absolutely!," said Turchie. "It should cast a light on the whole background process."

Before a recruit can attend the ILEA, they must pass a polygraph, a background check, a merit board interview, plus medical and psychological exams. The process is designed to detect any red flags.

But 13 Investigates has discovered a glaring problem. Aside from criminal histories, not all departments conduct the same level of background checks.
And the ILEA, under the governor's purview, simply accepts whatever the departments provide.

"I think we could do a better job on the background check," promised Bishop. "We will explore every opportunity for training that we can find and shore up any deficiencies that we have in terms of the hiring process,"

The executive director of the ILEA declined to speak on camera about the gaps, so 13 Investigates reporter Sandra Chapman posed questions to one of the most experienced agencies dealing with extremists, the FBI.

Chapman asked Robert "Alex" Middleton, the assistant special agent in charge at the Indianapolis FBI Field Office, if he was worried that someone with ties to a neo-Nazi group was able to be hired by a police department and learn law enforcement tactics.

"I share your concern that it is a concern, but the hiring procedures and processes of a local office would be outside the purview of the federal government," responded Middleton.

Middleton reports the FBI sees about 60 incidents a year in Indiana, many involving violent extremist groups.

"What we're seeing across the nation and in the state of Indiana is an increase in how we define racially or ethically motivated violent extremism," he revealed, adding that government targets are a close second, like the alleged kidnapping plot aimed at Michigan Governor Gretchen Whitmer.

"I never could have imagined anything like this," said Whitmer during a news conference days following arrests in the case.

Middleton credits joint work with local police in foiling what investigators on the case described as "an elaborate plan to endanger the lives of law enforcement officers and government officials."

"We're not wanting people to be hatching terrorist plots and kidnapping politicians whether they agree with them or not," Turchie told 13 Investigates.

In the Lafayette case, a person using the pseudonym "Panzerleiter" wrote on the forum of a now-inactive neo-Nazi website. The website's database was leaked online according to open source intelligence website Bellingcat. The leaked data shows the Panzerleiter account was allegedly associated with an email address under Zacharek's name.

In the post, Panzerleiter allegedly identified himself as a National Socialist and wrote: "It wasn't until I started working as an EMT in the inner city that I openly questioned the view that all races are equal."

An activist linked Zacharek's name in the database to the Lafayette Police Department tweet and responded back on Twitter. The warning tweet came just weeks before Zacharek's law enforcement graduation.

"This was information that was not available to us during that background investigation," Deputy Chief Bishop said. "So now, are there lessons learned from that? Yes, those have been made painfully obvious right now."

13 Investigates also reached out to the Ohio Attorney General's office that handles police training there. According to spokesman Steve Irwin, Ohio is similar to Indiana because there are no additional background checks conducted once recruits reach the training academy.