Elliot Preddie was born with sickle cell disease, an inherited blood disease which leads to blockages that prevent blood from reaching parts of the body. 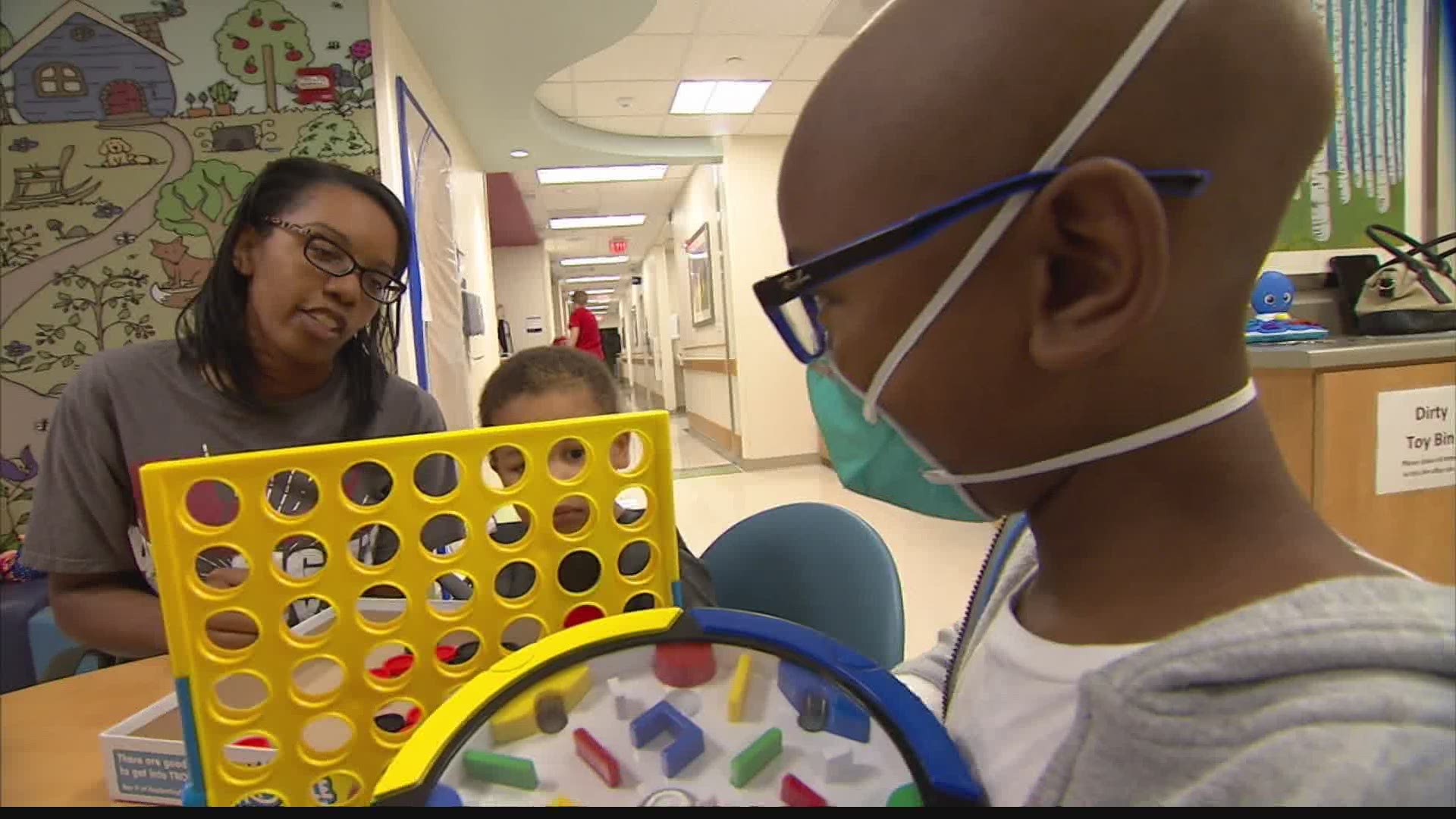 “He just couldn’t enjoy life as a kid,” said his mom, Tremesha.

Elliot was born with sickle cell disease, an inherited blood disease which leads to blockages that prevent blood from reaching parts of the body.

“Because of sickle cell, Elliot was always a kid who struggled with energy level and stamina and he got dehydrated very easily,” his mom said.

He was getting a stem cell transplant from a matching donor.

“When I was younger, I played sports a lot, but then I got too cold from my sickle cell. That’s why I started quitting all my sports. My baseball and soccer,” Elliot said as he sat on his back porch next to his family.

“I’m really thankful that things are getting back to some sense of normalcy for all of us,” said Elliot’s father, Terry.

Elliot’s doctor said he will continue to be monitored.

“Elliott was on chronic blood transfusions every month before he went to transplant and he really needed blood that matched him well enough so that he would not react to it,” said Jacob.

About 3,000 Americans die each year because they can’t find a matching donor. African-Americans have about a 25 percent chance of finding an unrelated donor, compared to about 75 percent of whites.

“The way it shows up in Carter is massively different from the way that it used to show up in Elliot. He largely maintains. He’s done well with his one or two maintenance medications that he takes. He does have severe pain episodes, but they are not so common that we’re at a place where it makes more sense for us to risk stem cell for him,” Tremesha said.

Carter continues to go to Riley for checkups.

His mother said she’ll continue to push for more funding and education about the disease, especially what’s called the "sickle cell trait" – something she didn’t know she had until she was five months pregnant with Elliot.

“I could not get a lot of doctors to believe me that I was having pain, even though I had very visible evidence of a pain crisis on several occasions. The assumption is, ‘Oh you have (sickle cell) trait, so there’s no complications,’ but that’s not necessarily true,” Terry said.

The Preddies said some people don’t know they have it.

As for Elliot, he said he can’t wait to get back to playing the sports he once loved.

“His future is really bright in ways that it wasn’t potentially before,” Tremesha said.

“I’m hoping I can play one of them again,” said Elliot.