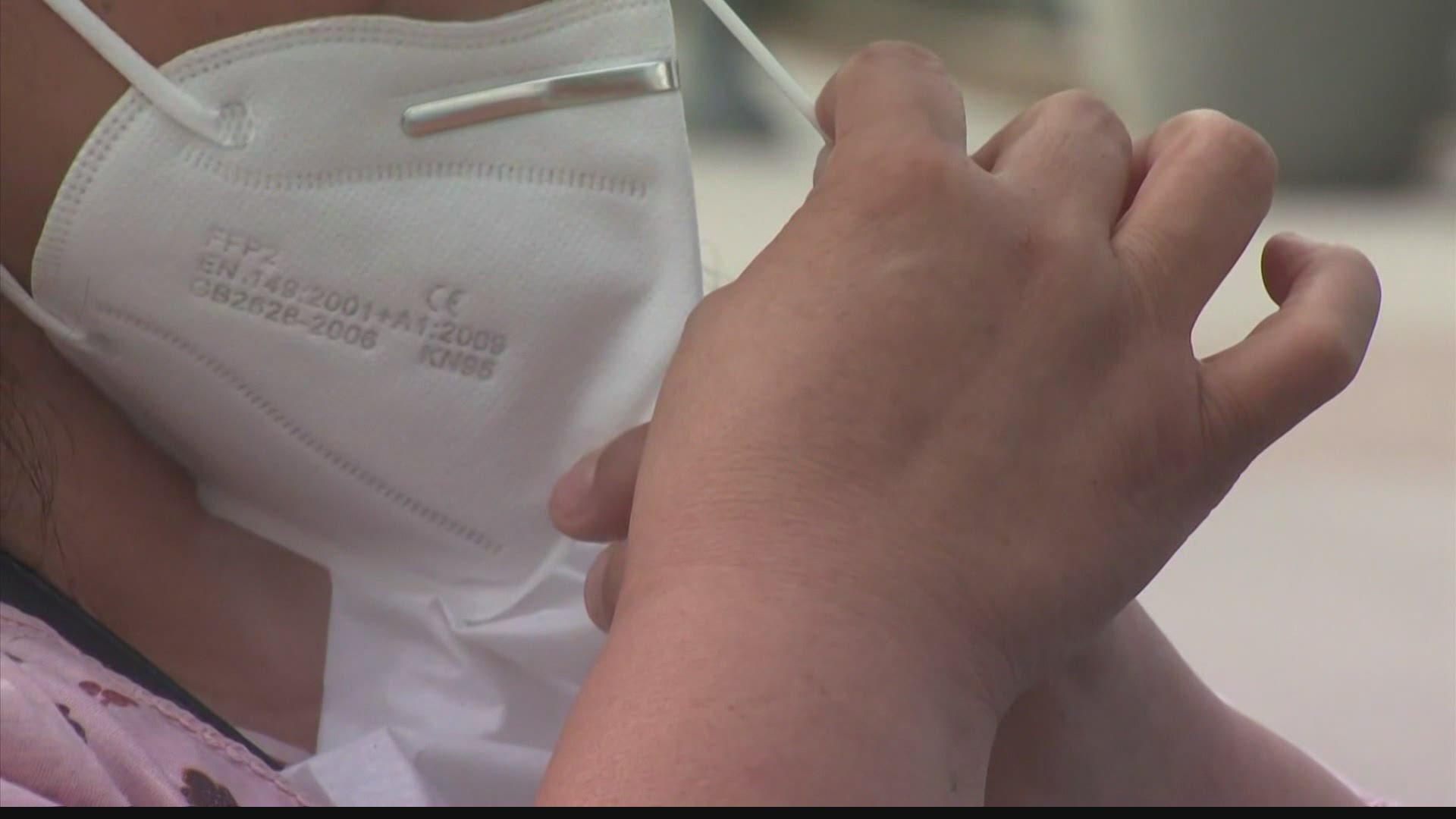 The Indiana State Department of Health is once again reporting a record-breaking day of positive COVID-19 cases. Friday, there were 2,328 newly confirmed positive cases and 22 more deaths.

ISDH said Friday's numbers include around 300 positive cases whose reporting was delayed over the last few days due to a technical issue.

Since the start of the pandemic, there have been 143,495 total cases and 3,654 total deaths. An additional 233 deaths are presumed to have been caused by the virus, but doctors did not have a positive test result on file.

The seven-day positivity rate increased from the day before: 5.8 percent for all tests and 10.4 percent for unique individuals.

Total hospitalizations slightly decreased from the previous day, with 1,311 Hoosiers being treated for COVID-19 in hospitals on Thursday.

The Indianapolis Colts updated their coronavirus testing results late Friday morning after an earlier alert that several people within the organization had tested positive for COVID-19.

"Earlier this morning, we were informed that four individuals within the organization tested positive for COVID-19. The four positive samples were re-tested and have been confirmed negative," the team said in an updated statement.

In the best interest of Whiteland and Greenwood football players and coaches, tonight‘s GHS/Whiteland football game has been canceled. Several GHS players are being quarantined (per Health Dept) as a result of playing a recent opponent where a player tested positive for Covid-19.

Tomorrow's junior varsity game at Greenwood has also been canceled.

The Indianapolis Colts announced several people in the organization have tested positive for COVID-19.

The team issued a short statement:

"This morning, we were informed that several individuals within our organization have tested posted for COVID-19. The team is currently in the process of confirming those tests. In the meantime, the practice facility will be closed and the team will work remotely while following NFL protocols. We are in communication with the NFL and will have more information when available."

There is no decision on Sunday's scheduled game against the Cincinnati Bengals.

Worldwide, there have been 38.92 million confirmed cases with more than 1.09 million deaths and 26.88 million recoveries.

US reports 60,000 new coronavirus cases for first time in 2 months

The U.S. recorded more than 60,000 new cases of COVID-19 Thursday, marking the first time in more than two months the daily count has passed that number. The nation is expected to reach 8 million total confirmed cases Friday as a new surge has become more apparent in recent weeks.

New cases per day are on the rise in 44 states, with many of the biggest surges in the Midwest and Great Plains, where resistance to masks and other precautions has been running high, and the virus has often been seen as just a big-city problem.

Cleaning hands often, wearing a mask that covers your nose & mouth, & staying 6 ft from others are ways to slow the spread of #COVID19. Men, younger adults, & ppl less concerned about COVID-19 are less likely to clean hands after touching public surfaces. https://t.co/maoT8nGkUI pic.twitter.com/NcqKRm9m6q

For most of mid-August through September, the U.S. daily total stayed under 50,000 per day and often below 40,000, according to Johns Hopkins. But it ramped up this month with at least 50,000 cases in nine of the first 16 days of October.

So far in the new surges, deaths have not increased at the same pace as infections.

For one thing, it can take time for people to get sick and die of the virus. Also, many of the new cases involve young people, who are less likely than older ones to get seriously ill. Patients are benefiting from new drugs and other improvements in treating COVID-19. And nursing homes, which were ravaged by the virus last spring, have improved controlling infections.

Franklin Community High School has canceled its Friday, Oct. 16 varsity football game against Decatur Central and will not reschedule the game.

In an announcement Thursday evening, school officials said the cancellation was due to a positive test for COVID-19.

Tickets already purchased will be refunded.

A freshman football game scheduled for Saturday at Decatur Central High school is still scheduled to be played.

A Department of Defense and United Airlines study looking at the risk of catching the coronavirus while on a flight found that a person would need to be sitting next to an infected passenger for at least 54 hours to receive "an infectious dose" through the air.

The study was conducted by the U.S. Department of Defense and United Airlines.

Overall, researchers found that when everyone is wearing masks on a flight, very little of the virus spreads through the air, because of air circulation and filtering on planes.

The results are in: Your risk of exposure to COVID-19 is almost non-existent on our flights (yes, even on a full flight).

Learn more about the robotic mannequins, biodefense sensors and the results of this @DeptofDefense study here: https://t.co/NkqsW8r16A pic.twitter.com/KRMCrpPfGX

Researchers used mannequin heads equipped with an aerosol generator that could mimic breathing and coughing. The generator released 180 million particles during each test, which took place in August at Dulles International Airport in Virginia.

After 300 tests, the study found that in Boeing 777 and 767 planes with 100% seating capacity there would need to be a minimum of 54 flight hours to "produce inflight infection." It added that the risk of aerosol exposure is minimal even during long-duration flights.

RELATED: COVID-19: Why the air in a plane may be safer than in a building

RELATED: Delta has banned around 240 passengers for refusing to wear masks

The study did have some limitations. It didn't account for larger aerosol droplets that people can spread when eating or talking without a mask on. It also didn't review the risks associated with traveling to the airport and waiting to board the flight. It also did not look at the impacts if a person moved around or didn't just face forward.

Officials and scientists involved in the study said Thursday that the results were encouraging, but noted the limitations.

“Within the scope of the test, the results showed an overall low exposure risk from aerosolized pathogens like COVID-19 on these aircraft,” Vice Adm. Dee Mewbourne, the deputy commander of the U.S. Transportation Command, said, according to The Washington Post.