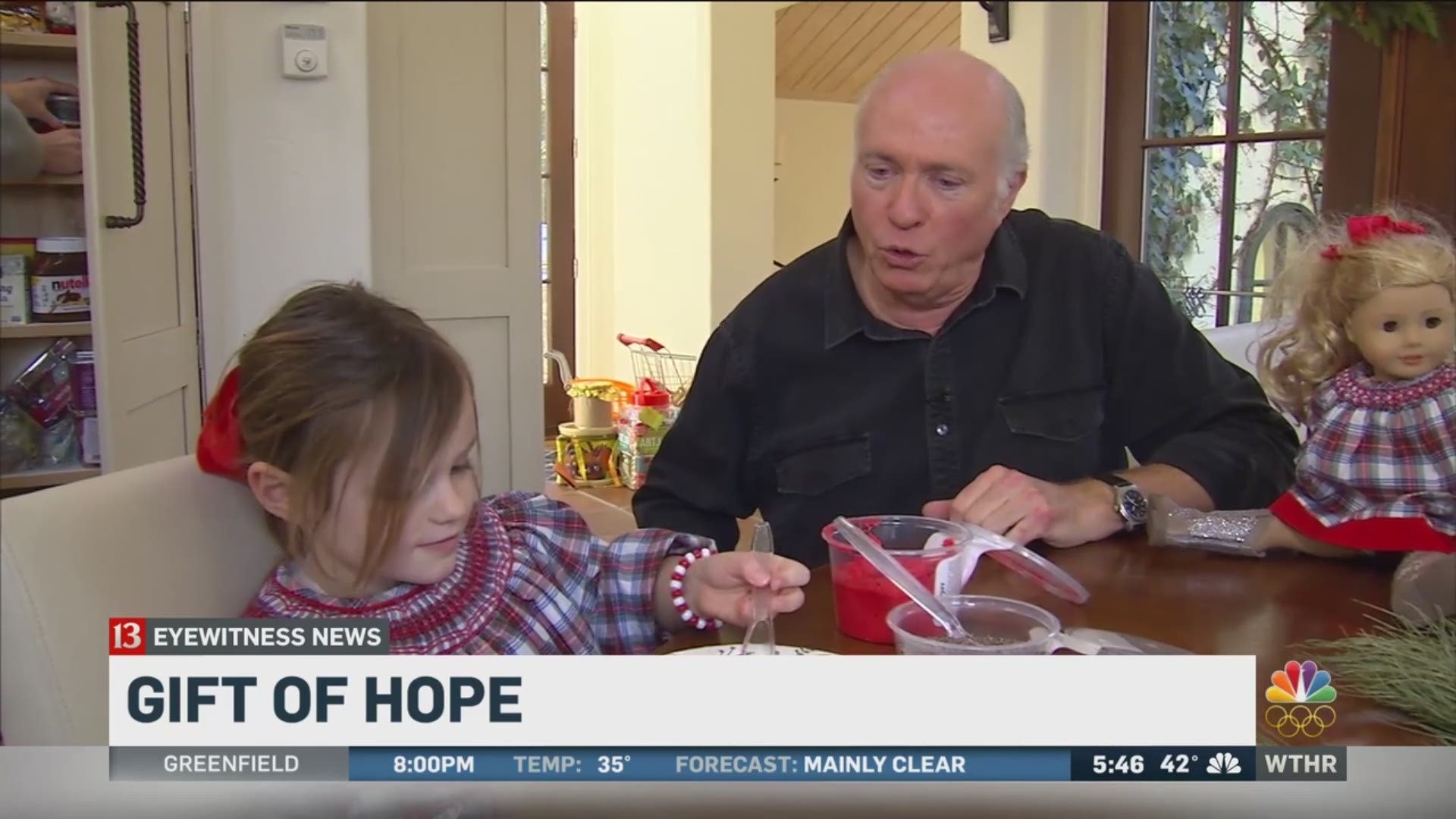 INDIANAPOLIS (WTHR) - The host of the nationally-syndicated radio morning show Bob and Tom Show is now also the grateful father of a Riley kid.

Tom Griswold's daughter is home recovering after surgery to remove a brain tumor.

Tom Griswold has seven children. His radio show is broadcast on Q-95 (94.7 FM) locally and all over the country every morning. But he has always protected his children from any media spotlight. He made an exception Wednesday to thank the staff of Riley Hospital for Children for saving his daughter's life.

"I like lots of sugar,” said four-year-old Finn as she decorated a Christmas cookie with lots of sprinkles. Finn was right here in the Griswold kitchen December 3rd when she suffered a sudden seizure.

“We were all in the kitchen and Finn just sort of froze and turned to the right like this and wouldn't respond,” said Griswold.

The family took video of the incident for doctors to analyze. Soon after Finn nearly stopped breathing. She was rushed to Riley Hospital for Children by ambulance.

You must look closely to even see the long scar on Finn's head. Griswold can joke about his daughter’s ordeal now.

“Did you tell your friends that they fixed your butt because it had a crack in it?” Griswold asked Finn at the kitchen table.

“What did they fix?”

“They fixed my head.”

“He fixed your brain. You know a lot of people think your daddy needs to have his brain fixed, but for different reasons.”

Griswold has supported Riley for years through the Miracle Ride. Now he has his own Riley Christmas miracle.

“If you had told me we'll be sitting around the tree with all these beautiful gifts that everybody has sent us, I would never have believed you,” said Griswold. “It's a miracle. The amazing science of the doctors, nurses and staff at Riley are what saved her. As an institution, it is this amazing place full of amazing people. It's this giant human machine that never goes to sleep and there's always someone that knows what they're doing that can help you. They're all heroes to me, so thanks."

Griswold asks people to consider supporting the Gift of Hope Happens Here fundraising campaign for Riley Hospital for Children. Through the end of the year, all gifts will be matched up to $200,000 by French Lick Resorts.