'I'm not afraid of dying': Alex Trebek opens up about latest round of cancer treatment 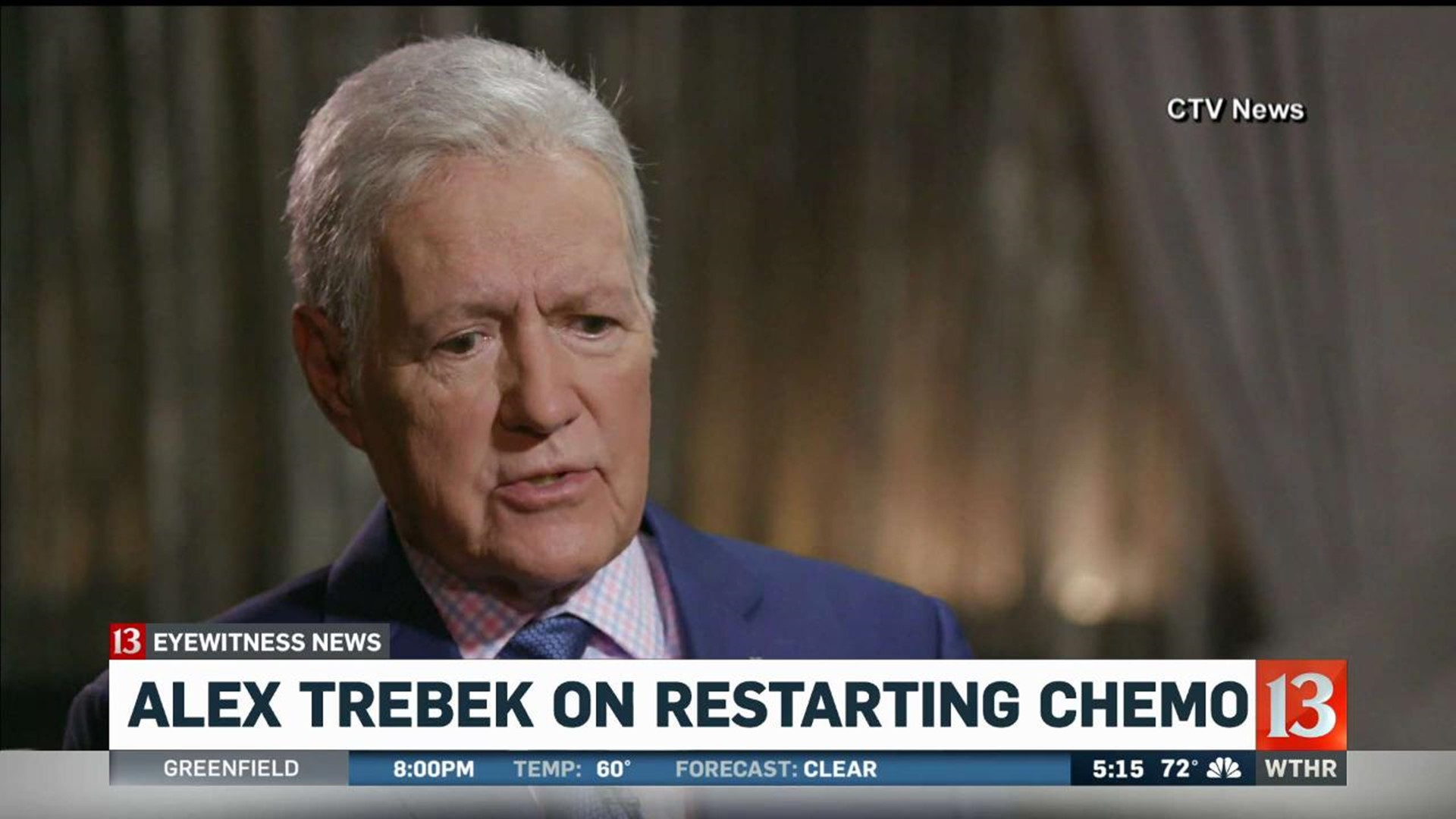 (TEGNA) — Alex Trebek is opening up about his latest round of cancer treatment as he films season 36 of "Jeopardy!" The beloved game show host spoke with Canada's CTV recently about restarting chemotherapy to fight stage 4 pancreatic cancer.

"I'm hanging in," Trebek said. "We're back on chemo and we'll see if the numbers go down. We'll keep playing by ear and keep chugging along until we either win or lose."

The 79-year-old also discussed his own mortality and said that he's not afraid of dying.

"I've lived a good life, a full life," Trebek said. "And I'm nearing the end of that life. I know that. I'm not going to delude myself. So if it happens, it happens. Why should I be afraid of it?"

Trebek first revealed in March that he had been diagnosed with cancer. "I'm going to fight this, and I'm going to keep working," Trebek said in his first video message to fans. "Keep the faith and we'll win. We'll get it done."

Just months later in August, Trebek announced he was "on the mend" and done with chemotherapy.

However, in September the host told ABC's "Good Morning America" that doctors advised him to undergo another round of chemotherapy after immunotherapy treatments did not take. Trebek told CTV that the immunotherapy did "diddly squat," and he ended up losing a large amount of weight.

He admits there have been moments of weakness during his second round of chemotherapy. The host has continued to film episodes for season 36 of "Jeopardy!", but said that sores in his mouth caused by the cancer treatment make it hard for him to speak and enunciate properly.

"I will keep doing it as along as my skills do not diminish," he said.

Early on in his cancer treatment, Trebek discussed his battle with depression that started when he was first diagnosed. The host recalled how he was "writhing in pain" between tapings during the end of the last season.

Since his diagnosis, Trebek has received an outpouring of support from fans, friends and family.

"They have been an inspiration to me. That's really what it's all about," he said.

Despite the support, Trebek said there are moments where he has some regrets about going public with his diagnosis. He talked about becoming the "spokesperson" for pancreatic cancer, and his struggles to be there for others who received the same diagnosis and are looking for support.

"A lot of people are coming to me and looking for help, reassurance, and that's tough," he said. "I don't know if I'm strong enough or Intelligent enough to alleviate some of that despair."