The bright lights and stars of Hollywood came to Indiana to shoot a new film due out next year. 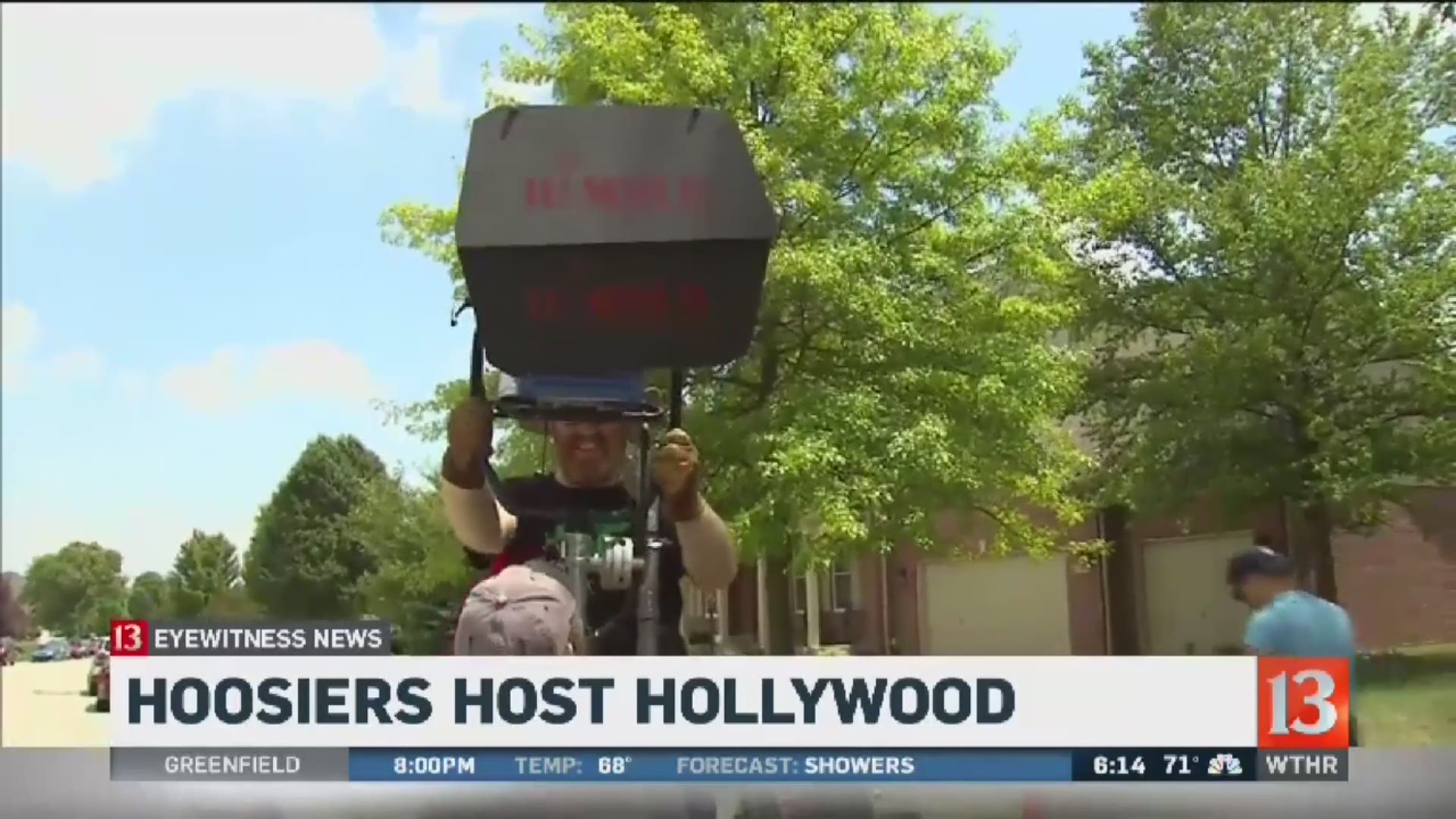 WESTFIELD, Ind. (WTHR) - The bright lights and stars of Hollywood came to Indiana to shoot a new film due out next year.

"Silent on the set," yells a director as film crews transform Worth Street in Westfield into a movie set for four days.

The street is lined with production trucks and cars as producers, directors, actors and lighting and sound technicians arrive to shoot "The Miseducation of Bindu."

Lindsay Clark offered her family's home after reading on Facebook producers were scouting for the quintessential Indiana house and neighborhood street in order to shoot in July.

"We sent in some pictures and it got chosen," Clark said.

She is not charging rent and agreed to temporarily move out.

"We are staying at a hotel while they film this, so that's fun. A little staycation," Clark said.

Clark told Eyewitness News how set designers removed her artwork, redecorated and set up a green room in the basement.

"They were looking for a lot of natural light and a lot of room to shoot off sectioned rooms, so we have an open floor plan, so I think that ended up working out," Clark said.

It's been exciting for Clark's two daughters - Libby, 10, and Julia, 15 - as well as for their neighbors.

"This is just a perfect suburban street, I think, so we are thrilled that they picked it," said neighbor Tracey Traub.

The movie is about a young Indian girl, Bindu, and her first experiences at a public American high school.

"My room is Bindu's room, so that is super exiting," Julia Clark explained.

In the film, Bindu's stepfather is played by David Arquette.

Between takes, he posed for photos and had a quick chat about Indiana.

"I love it here. It's beautiful. This is like the sweetest community," Arquette said.

The film is being shot in Indiana because the co-screenwriter’s husband, Ed Timpe, who is also the film's producer, is a graduate of Cathedral High School and Indiana University.

"It's a wonderful place. I think the movie kind of lends itself to 'everywhere America,' and we wanted to come here and make it here," Timpe said.

His wife, Prarthana Mohan, is the film's director and co-writer. She said the project is nearly a decade in the making.

"We started it was a short film in grad school, and then it developed to a feature. At some point, our lead character used to be called Wendy and then she became Bindu. We felt it was time to tell a high school story with minority characters, because so many high school films are usually about boys and we thought it was time to tell a story about a girl," Mohan said.

Mohan and Timpe partnered with Bloomington-based Pigasus Pictures to help finance the project as well as hire crew and secure locations like Broad Ripple High School.

Arquette taking the role gave the project a big boost.

"Having a name actor recognition kind of legitimizes our project and these great actors are willing to come on indie films like this because they have really great parts to play, and they are actors and at the end of the day what they want to do," said John Armstrong, chief operating officer of Pigasus Pictures.

"It's massively significant and it's really exciting," Timpe added. "Bringing David on board I think really changed things for us and he's been fantastic the whole time."

While the audience will likely get caught up in Bindu's adventures, Julia Clark will be busy examining scenes for familiar faces. She worked as an extra with some friends; the tree in her front yard was the backdrop for one scene and although it was redecorated, she is pretty sure she will recognize her bedroom. It's cinematic evidence of what she did this summer.

"No one believed me at first when I said it, but now everyone is like, 'This is the coolest thing ever'," Julia Clark said.

"The Miseducation of Bindu" is on track to hit theaters next year.