Data suggests hundreds of Hoosiers infected with coronavirus more than once

Data suggests about 400 Hoosiers who contracted the virus were re-infected months later. 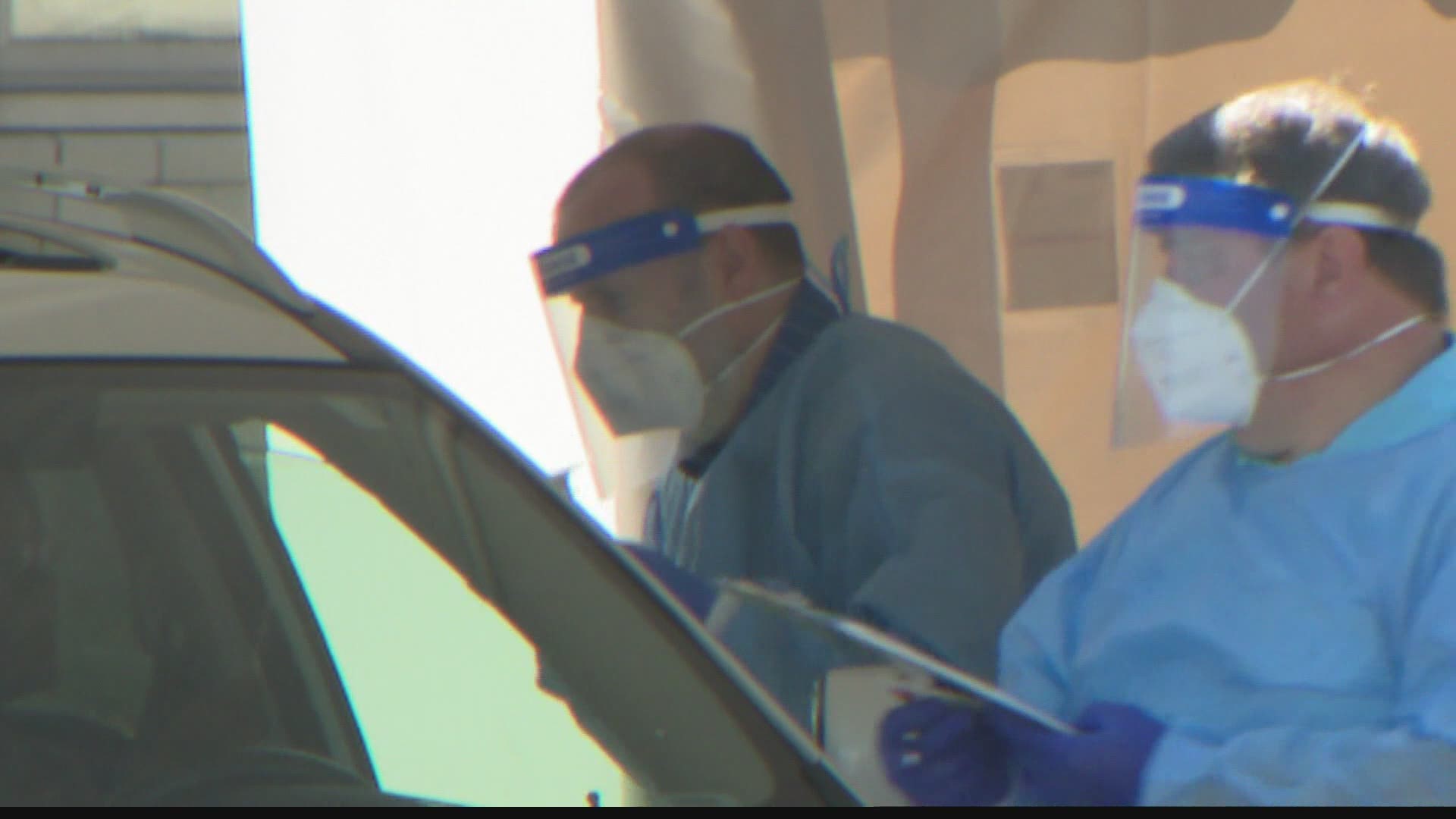 INDIANAPOLIS — New statewide data obtained by 13News shows, for the first time, how many Hoosiers appear to have contracted COVID-19 multiple times.

“We’ve known for a while that’s it’s possible to get the virus more than once. What we didn’t know is if you get COVID-19, how likely are you to get it again,” said Dr. Shaun Grannis, who oversees data and analytics at the Regenstrief Institute, a research institute that collects and closely monitors health care data in Indiana. “The data suggests that it is in fact possible, although it is rare.”

The COVID-19 re-infection data from Indiana provides doctors, researchers and the public a rare glimpse at a statistic rarely tracked and reported. Health care experts say the challenge now is to determine what the data means – and what it does not mean -- for public health during a pandemic that shows no signs of ending soon.

Researchers at the Regenstrief Institute have been collecting detailed COVID-19 data from hundreds of health care partners across Indiana since the beginning of the pandemic. The data – including the total number of coronavirus cases and deaths, localized positivity rates, and detailed hospitalization and medical resource availability information – is analyzed daily and reported publicly on the institute’s COVID-19 dashboard.

Currently, data collected by Regenstrief and the Indiana State Department of Health shows more than 2 million individual Hoosiers have been tested for coronavirus, resulting in more than 400,000 positive cases.

Last month, at the request of 13News, Regenstrief staff began to closely analyze its re-infection data to answer the questions: Can someone be infected with coronavirus multiple times and, if so, how many Indiana residents have contracted COVID-19 more than once?

For researchers, it meant analyzing hundreds of thousands of positive test results dating back to March. Grannis says only PCR test were included in the analysis (not the less-reliable “rapid” COVID-19 tests that are more susceptible to providing a “false positive” reading), and researchers ran the analysis on two separate dates with the same results.

“We've looked for individuals who tested positive more than once at least 90 days apart,” Grannis told 13News, explaining that the passage of three months between positive test results highly suggests that a second positive result would indicate a new infection, not the detection of the original COVID-19 infection that resulted in a positive test months earlier. (The CDC also recommends using the 90-day timeframe when investigating potential cases of COVID-19 re-infection.) The Regenstrief researcher said the first analysis was performed when Indiana reported between 250,000 and 300,000 positive cases of coronavirus, revealing between 250 and 300 people who met the search criteria.

“What we found is that about 1-in-1000 cases showed evidence of two positive tests more than 90 days apart,” Grannis said. “I think these are encouraging numbers. They’re not 1-in-10 or 1-in-100. They’re at least 1-in-1000 if not greater. I hoped the numbers would be low, and I am encouraged those numbers are low.”

The numbers suggest the vast majority of people who get COVID-19 get some level of immunity to protect them from further infection. But how much immunity and for how long is still unknown, and not every researcher contacted by 13News sees the new data as reassuring.

“The 1-in-1000 number, that's a bit higher than I would have expected,” said Dr. Justin Lessler, an infectious disease specialist at the Johns Hopkins Bloomberg School of Public Health, where COVID-19 cases are closely tracked worldwide.  “I think it's a worrying signal in that the potential of long-term immunity is not perfect.”

“Understanding the “Why?’ of this is really important,” he said. “Knowing something is going on is the first step, but without the ‘Why?’ it's really hard to know what it means.”

The Johns Hopkins researcher wants more details to know whether the second set of positive cases might have been the result of faulty testing or simply detected previous infection that was still detectable longer than expected. He also wonders what types of symptoms the patients experienced around the time of their first and second tests.

“When we’ve seen these re-infections, it’s usually been people who had mild cases and then got infected again. People who get really sick usually have a more robust immunity response, so it would be very helpful to know what happened here,” Lessler explained.

“There are more open questions here to answer than conclusions to be drawn at this point,” Menachemi told 13News. “I think this is a new and important piece of information. Now that we know, at least in Indiana, it's 1-in-1000, to me that's a little bit reassuring. We are not seeing a ton of people become reinfected, including folks who are in high risk jobs. [But] what puts you at risk for having a second positive test? We just don't know that yet. I think the science on this is unfolding so rapidly that it’s just difficult to know, and more research is needed in this area.”

A warning about the data

Grannis acknowledged the Regenstrief data is simply a starting point meant to help quantify the prevalence of re-infections.

“We have a lot more exploration to do with the numbers,” he said, adding that more epidemiological study will be needed to more fully understand how and why certain individuals are re-infected with COVID-19.

For that reason, he cautions against using the data to draw too many conclusions. While it might sound reassuring that only 1-in-1000 people have gotten COVID more than once, Grannis says those who have already contracted the virus should not use the new data to overestimate their immunity.

“I wouldn't necessarily use these numbers to say, ‘Well, I think I was infected, so I probably don't need the vaccine,” he said. “I wouldn't conclude that from this data at all.”

“I think that would be faulty logic to jump to that conclusion to justify bypassing a vaccine,” echoed Menachemi. “We just don’t know that yet.”

Lessler said be believes the Indiana numbers, while quite low, might actually suggest the opposite.

“I think this is a reminder that even if you think you've been infected, it's no guarantee of safety and that you can't still go out and spread it to other people,” he said. “Regardless of our infection history, it’s a reminder that we need to remain careful and vigilant.”