Police are looking for two women who climbed through a drive-thru window and assaulted a McDonald's manager over some Chicken McNuggets. 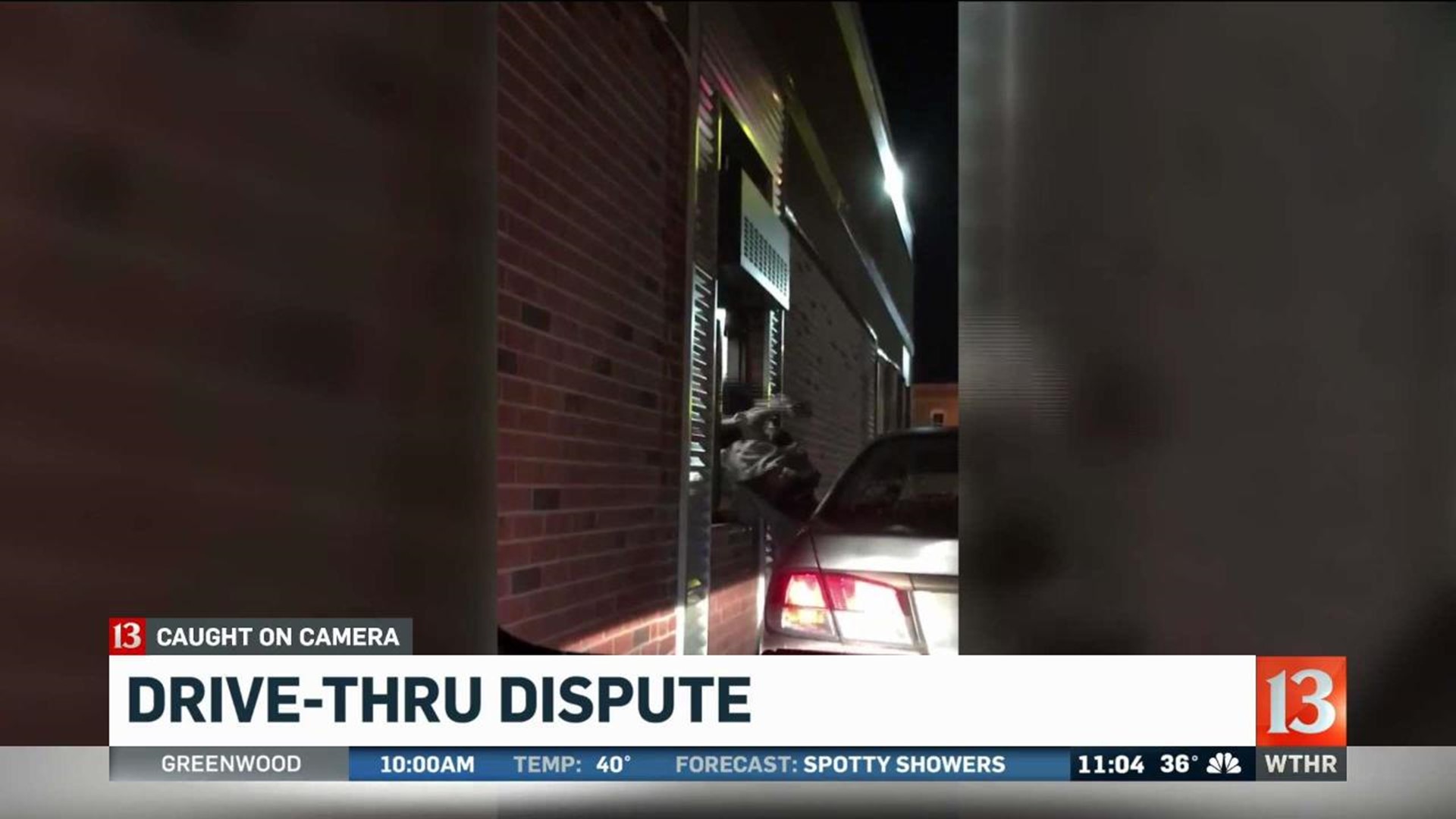 INDIANAPOLIS (WTHR) - Police are looking for two women who climbed through a drive-thru window and assaulted a McDonald's manager over some Chicken McNuggets.

The manager of the McDonald's at 16th and Meridian streets near downtown Indianapolis told police two women drove up to the window and told him they hadn't received their McNuggets. The manager told the women they never ordered or paid for the chicken, even producing a reprinted receipt as proof.

A woman in line behind the suspects recorded incident and posted it on her Facebook page.

When the women said they wanted to buy Chicken McNuggets, the manager told them they would have to drive through the drive-thru lane to order, then told them to "have a nice day."

As the manager turned his attention back to other customers, the women began pounding on the drive-thru window and honking the horn of their car. They then climbed through the window, knocking over a container of tea and a tablet register and began assaulting the manager.

The women then climbed back out of the window, got into the car - believed to be a silver Infiniti - and sped off.

There was no security video recording of the incident due to ongoing construction in the store.

The customer in the drive-thru line who recorded the incident sent it to the store manager.