Richmond's police chief said they haven't made any arrests yet and so far, there's no video of the incident. 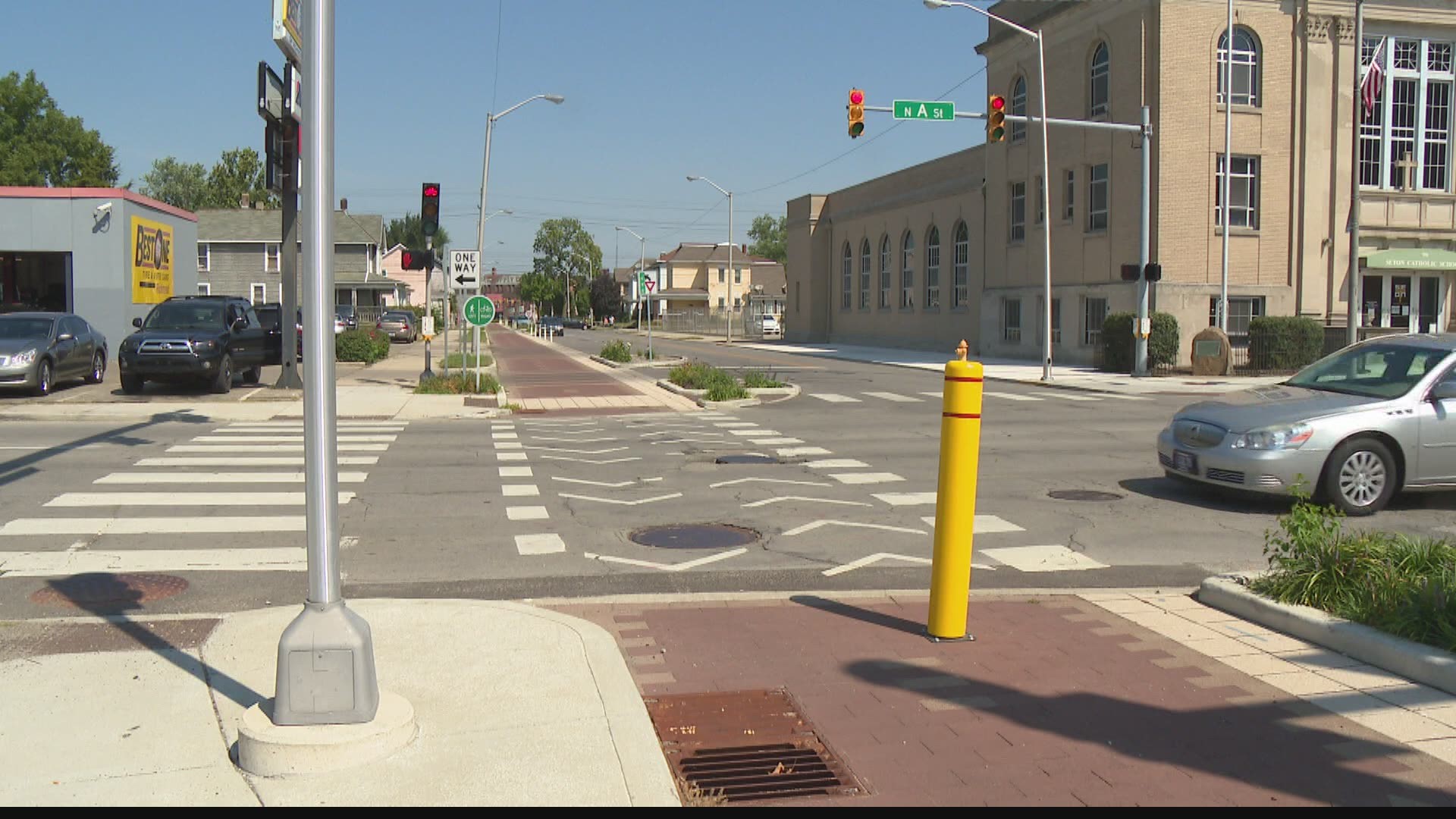 RICHMOND, Ind. — Police in Richmond are investigating after witnesses say someone drove into a group of Black Lives Matter protesters over the weekend, hitting two people.

Richmond city councilwoman Kelley Cruse-Nicholson said she witnessed the whole thing Saturday evening, and is still in shock that it happened in her city, in her district.

"What were they thinking? How many times a day do you think I'm just going to run my car into a group of people," Cruse-Nicholson said.

It happened as a Black Lives Matter march with about 100 protesters was moving along 7th and A Streets around 5 p.m. Saturday.

Cruse-Nicholson couldn't attend this particular march, but said she was driving back into town and happened upon the group.

"They were very peaceful, walking, chanting," she explained.

But she said at a red light, a red SUV suddenly sped right into the protest.

"He was at the light and just revved his engine and went forward into the crowd," Cruse-Nicholson said. "I heard a lot of screaming, saw people running and at that point, I just said, 'Get out of my way' and I stepped on the gas and I followed them. I called 911 and I followed the car until it got to their destination and I stayed there until the police got there. And I think one thing that struck me more than anything is he smiled and kind of laughed at me when I got out."

She said two protesters got hit and had minor injuries.

Police questioned the two men in the SUV and took their vehicle in for evidence.

"It could have been much worse. There were children. There was a man who had his baby strapped to his chest as he was protesting that day. I had three mothers call me crying because they had children there," Cruse-Nicholson said.

Richmond Police Chief Michael Britt said they haven't made any arrests yet and so far, there's no video of the incident.

The only few images are from a nearby tire store's security camera that show the SUV driving after the intersection with the protesters, after the alleged impact. But detectives do have several witnesses, including some who were on the street, but not involved in the march.

Britt also asked for patience as they work the case.

"Bear with me because I wouldn't be doing my job if I turned in anything less than a complete investigation to our county prosecutor," Britt said. "All angles have to be investigated and we just can't do that in a short period of time."

Britt also said Black Lives Matter has held several protests in the city recently, all of which have been peaceful.

Previous protests even had police escorts for traffic control. The one on Saturday did not request traffic help from officers.

Cruse-Nicholson wants due process and believes justice will come. She also said this type of violent doesn't represent Richmond.

Police are still hoping more people who witnessed what happened will come forward. They're also looking any pictures or video of the incident as they investigate further. If you can help, call Richmond Police at 765-983-7247.