Metro police stayed busy over the weekend, responding to several calls about gunfire with some of them proving deadly. 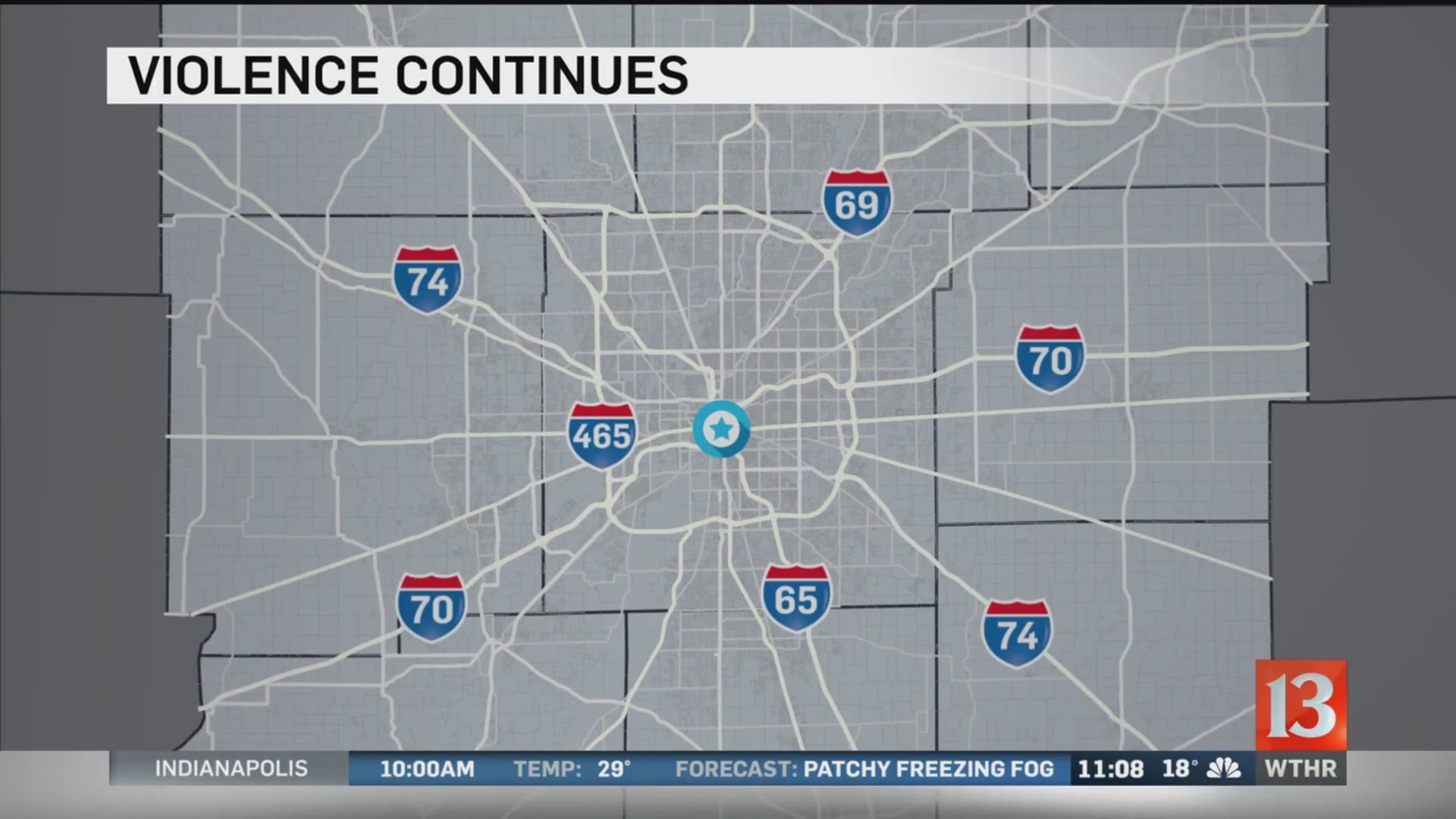 INDIANAPOLIS (WTHR) - Metro police stayed busy over the weekend, responding to several calls about gunfire with some of them proving deadly.

That same violence spilled over into Monday morning.

Officers found the victim in their latest shooting just behind a tree line in a southwest Indianapolis neighborhood near the intersection of Concord and Walnut streets. Officers near the area crime watch sign canvassed the neighborhood looking for witnesses like those who heard the gunfire.

Mary McQuilling has been living in that neighborhood for years. She's grown weary of the gunfire in the area.

That's how she described the gunfire she and neighbor Sissy Farmer heard late Monday morning right before noon. They two talked on the phone right away, fearing the worst and eventually watched as police swarmed their neighborhood.

"My neighbor Mary called me and said, 'Did you hear that?' I said, 'Yes, I will go back there to see if anyone is injured and you call the police," Sissy Farmer said.

When officers arrived, they found a 22-year-old man shot dead. The Marion County Coroner listed the victim Hispanic male, identified only as a John Doe.

"I keep telling them it's going to take a dead body for them to do something over here on Walnut," said McQulling.

The other shootings include officers responding to gunfire Sunday morning near 24th and LaSalle Street, where they found 35-year-old Dell Howard II shot dead inside a car.

Then Sunday evening, officers found 22-year-old David Smith shot in the 3200 block of South Oxford and rushed to the hospital where he passed away.

Just after midnight Sunday morning, Metro police found Orlando Alvarad, also 22, who had been shot dead in an apartment on Maidstone Road, near West 46th Street and High School Road.

And on Monday, the Marion County coroner said Deayris Perkins, 18, had died from multiple gunshot injuries from a Thursday shooting in the 3800 block of E. 31st St.

It's the kind of violence Mary and Sissy have tried to keep out of their neighborhood by keeping it clean.

"We get to cleaning up here," said Mary McQuilling. "If you come through here in the summer time or whatever, we adopted this road and Concord and Walnut."

If you have any information about any of the deadly shootings, you can call Crime Stoppers anonymously at 317-262-TIPS. All calls to the tip line are 100% confidential.