Metro police have made an arrest in the murder of a pregnant woman. 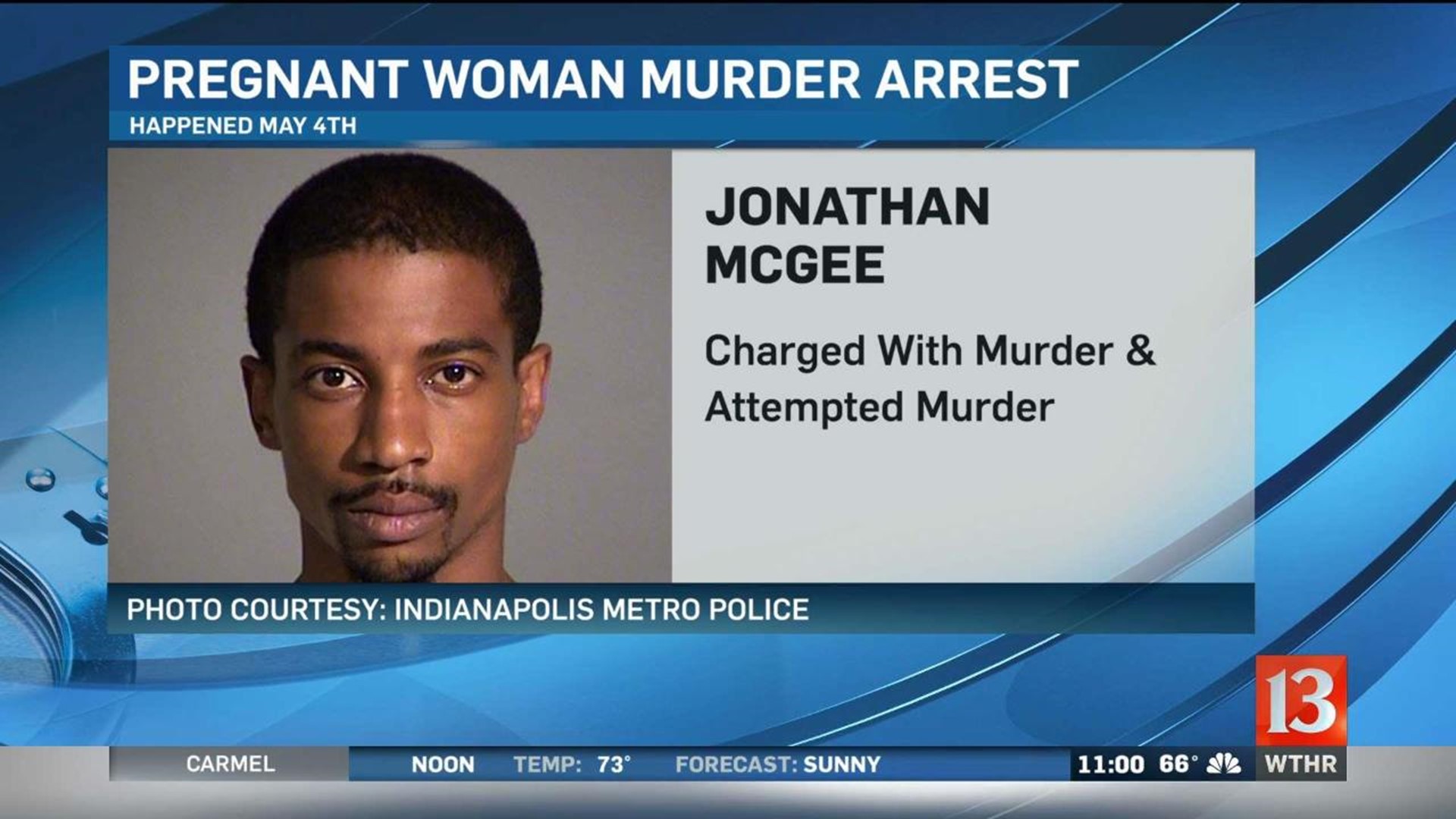 INDIANAPOLIS (WTHR) - Metro police have made an arrest in the murder of a pregnant woman.

Jonathan McGee, 27, was arrested Wednesday for the murder of 18-year-old Brittany McNew.

#IMPDNOW: Homicide Detectives arrest Jonathan McGee (26) for the murder of Brittany McNew (18) who was pregnant at the time of her death. pic.twitter.com/Qoxe51STXw

McNew was shot around 9:15 a.m. on May 4 on W. Michigan Street near Alton Avenue. She was taken to the hospital in critical condition, where she later died of her injuries.

Her boyfriend told Eyewitness News the couple was looking to buy a TV when the shooting started. McNew was struck in the hip.

Her unborn baby was due in early December.