Police investigating quadruple murder running into silence on the streets

After the murders of four people at an east Indianapolis apartment, IMPD homicide detectives are up against a code of silence in the streets. 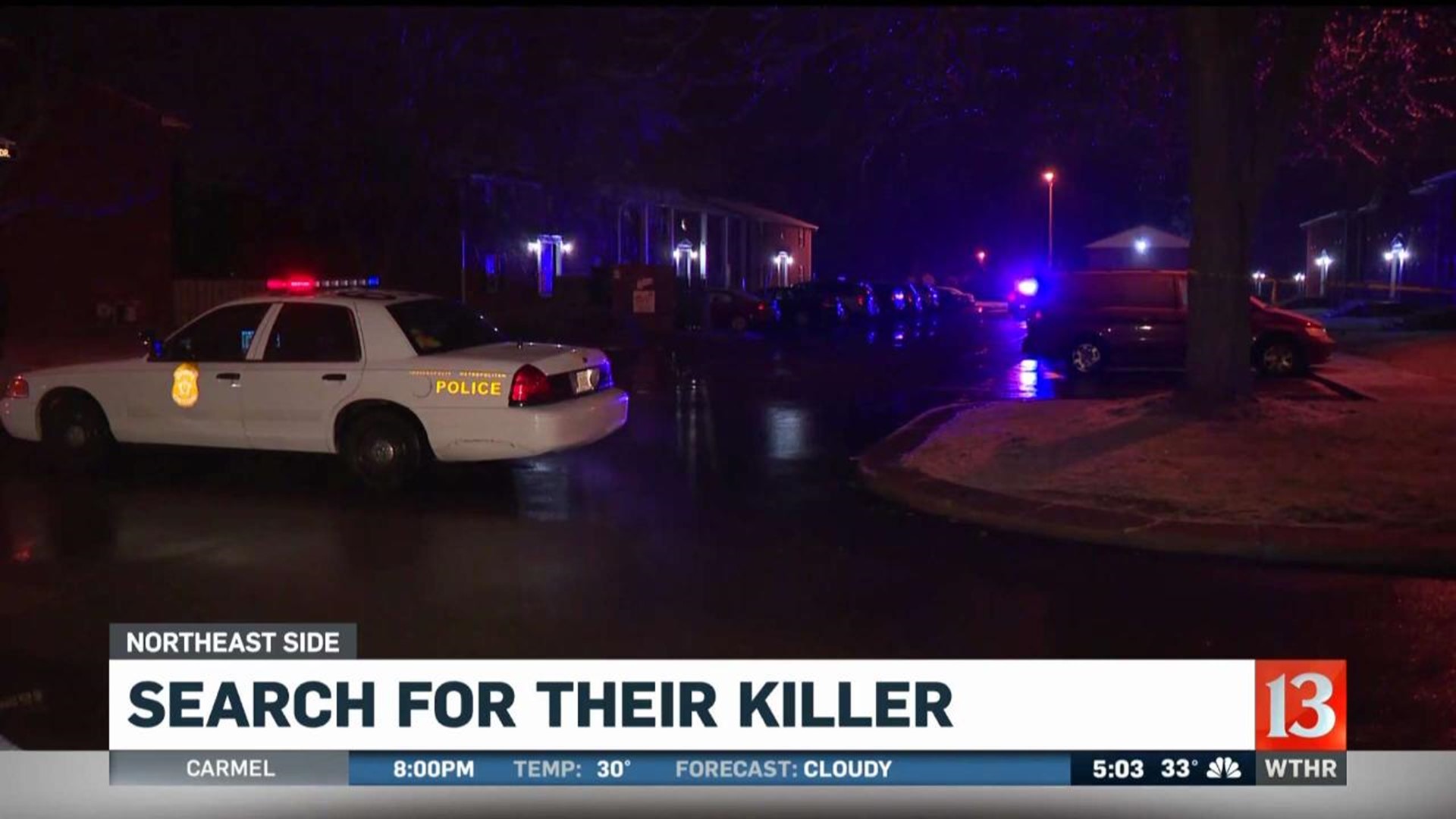 INDIANAPOLIS (WTHR) - The mother of one of the four victims killed at Carriage House Apartments told Eyewitness News she's spent the entire day planning her son's funeral. She hopes someone will be brave enough to break the streets' code of silence.

That’s also something several east Indianapolis-area pastors are praying for, too.

After the murders of the four young people ages 19 to 21, IMPD homicide detectives are up against a code of silence in the streets. But they are still determined to find their killer.

Pastor James Jackson heads up Fervent Prayer Church on Indy’s east side. His outreach over the years has helped families during rough economic times. One of the contributors he believes is behind some of the crime in the city.

(Clockwise from top left): Marcel Wills, Jalen Roberts, Braxton Ford and Kimari Hunt were killed in a shooting Wednesday on the east side. (Family photos)

But the quadruple homicide has left the entire city and community leaders like Jackson somewhat at a loss for words and stunned, especially since no one has come forward to tell what they know about the person responsible for the murders.

Jackson said, “It's worth breaking a code."

Jackson is referring to the street code of silence where people who know about violent crimes remain silent. They may even know exactly who, why and what the motivation is for something as serious as a homicide.

The quadruple homicide is being talked about across the city, like in Sierra Monique's Barber Boutique, where Eyewitness News caught up with Jackson Friday afternoon. By this time, there has been no mention of any suspect information from IMPD.

“The streets know who did it,” said Jackson. “There are people at this moment who know what happened. If you're trying to protect the shooter, it's not thing to do."

Around 10:30 p.m. Wednesday in Carriage House near 42nd and Post Road, someone shot and killed 20-year-old Marcel Wills, 19-year-old Jalen Roberts, and Braxton Ford and Kimari Hunt, both 21.

Pastor Kenneth Sullivan Jr. of New Direction Church, located on East 38th Street a few miles away, learned about the murders on social media. The post left him stunned for a moment and wondering who would murder four young people. More importantly, he wondered why no one is speaking up about the murders.

“That's what needs to be broken, the code of silence,” said Sullivan. “We are just coming on the heels of who says it's not the words of our enemies we will remember, it's the silence of our friends. If you are a friend of any of these victims you need to do the right thing and share what you know."

Metro Police Chief Randy Taylor has ordered all necessary resources to finding the killer. Taylor urges the person or people responsible for the murders to surrender. IMPD works closely with other local, state and federal partners on certain cases that need extra resources to investigate.

IMPD is also part of The Safe Streets Task Force which also uses extra resources for complicated and challenging cases. That includes locating persons of interest and/or suspects in high-profile investigations.

“Do the right thing, come forward, turn yourself in," Sullivan said.

“You will be caught eventually," said Jackson.

As of Friday afternoon, someone left balloons outside the apartment building where the murders happened at Carriage House.

Anyone with information on the case can anonymously call Crime Stoppers at 317-262-TIPS.