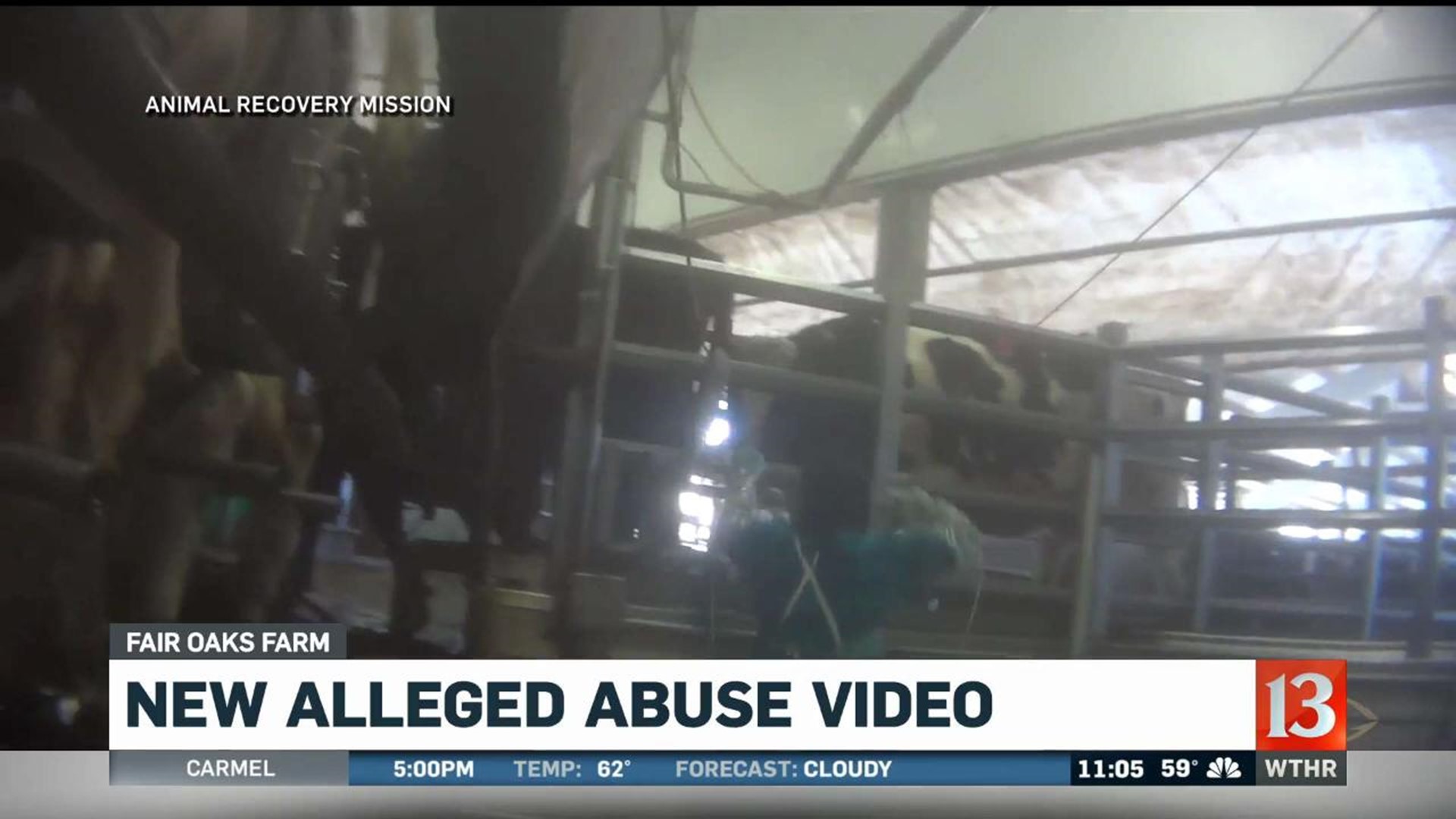 WARNING: This video is also difficult to watch and may be disturbing to viewers.

According to Animal Rescue Mission (ARM), Fair Oaks Farms and one of its partners, Fairlife Corporation, created their brands based on promising and promoting the humane treatment of their cows, more writing on Fairlife's website that “As dairy farmers, we treat our cows with the utmost care, because we know that their health and happiness are the foundation of our business." ARM, though, claims they witnessed and captured on video "extreme and systematic abuse to both the cows and calves."

“The Fair Oaks Farms and Fairlife adult cows live in sheer misery," Richard "Kudo" Couto, ARM's founder, said in a statement. "Deprived of simple medical care, aid, and any form of compassion, the mother cows live sad, painful lives in the hands of Fairlife. Fairlife and the dairy industry are the last true concentration camps left on earth."

ARM released its first video last week. Afterward, Fair Oaks Farm founder Dr. Mike McCloskey released a video statement emphasizing that every employee goes through animal welfare training before they start their job, then participate in continuous training throughout their first year. All employees also sign a document that if they see abuse they will report it.

Dr. McCloskey said all four employees seen in the first ARM investigation video had undergone training and signed the document.

He pointed out that three of those employees had been reported by other employees and terminated three months ago "before we even knew there was any undercover video." He said they were not aware of the fourth employee's involvement until the video was released, and that person was terminated as soon as they saw it.