A family is desperate for answers tonight about who killed an 18-year-old man on Memorial Day. 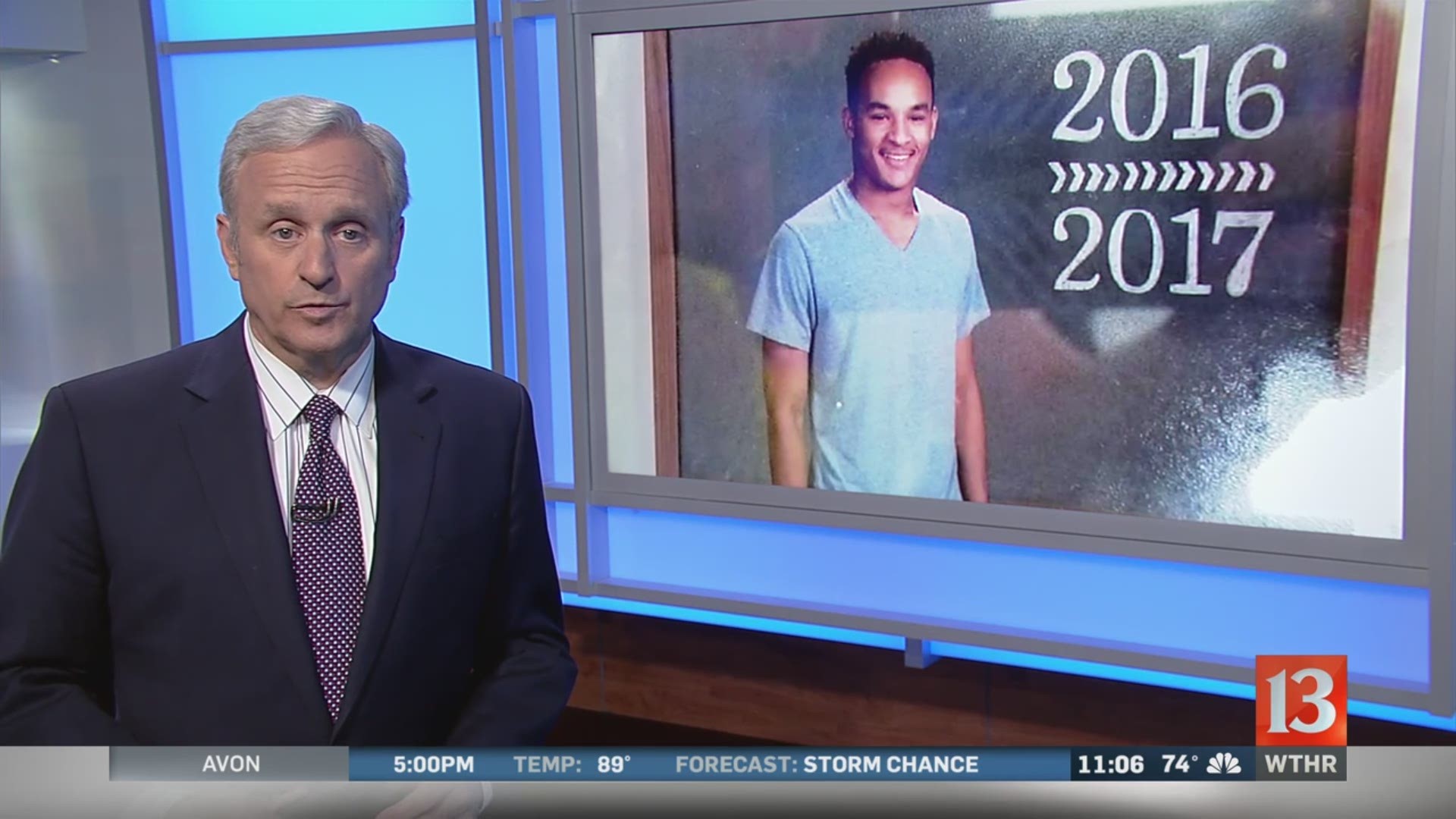 INDIANAPOLIS (WTHR) - A family is desperate for answers tonight about who killed an 18-year-old man on Memorial Day.

Police released surveillance video Wednesday of the shooting that happened in broad daylight in a parking lot at 21st and Post Road.

In the video, a young man who was a week away from graduation at Warren Central High School is shot and killed. That young man died never knowing who shot and killed his father five years ago, a crime also caught on video.

Elijah Lacey's family says he was due at a family barbecue Memorial Day afternoon, instead, for some reason, he ended up in the Waffle House parking lot at 21st Street and Post Road.

(WARNING: The video may be disturbing to some viewers.)

#IMPDNOW: Homicide Detectives need help identifying the suspects in the homicide at E 21St and N Post Road on 5/28/18. Call @cicrimestoppers or Detective at 317.327.3310 #Homicide pic.twitter.com/vIO0xeazZG

Surveillance video taken around 4:30 p.m. shows Elijah siting in his truck as two people approach him. You see one walk up to the truck's driver's side and another get in the truck's passenger side.

The shooter, who police later identified as 18-year-old Anthony Steele, and the man who climbed inside the truck then both take off running. Video also shows an Acura pull up to the scene before the shooting.

Police believe that's the car the suspects were driving.

"I'm not telling Indianapolis what to do. I'm begging and pleading. Help me find my nephew's killers," said Elijah's aunt, Melody Crabtree. "These people must be brought to justice."

She hopes the video can help make that happen. She has her doubts, though. That's because five years ago, her brother and Elijah's father, Jason Lacey, was shot and killed outside his home on Sherman Drive. That, too, was captured in security video that police released after the murder.

"After that video aired, there was not one tip, Emily. Not one," Crabtree told Eyewitness News reporter Emily Longnecker. "Not one person said to themselves, 'I know how this person walks. I know the shape of their body.' Nothing. Nothing. This cannot happen with Elijah."

Elijah Lacey was a week away from graduating from Warren Central High School when he was killed. (Photo provided)

That's why the family is begging for anyone who knows who the people are in the video showing Elijah's murder to come forward.

"I cannot lay in bed at night, knowing that my brother and my nephew go forward without any resolution," said Crabtree. "Will you help my nephew? That's all I'm asking. It's not too much to ask."

Crabtree told Eyewitness News the family had the teen's graduation party all planned. They had already bought all the decorations for it. Now instead of a graduation party, they're planning a funeral, which is set for this Saturday.