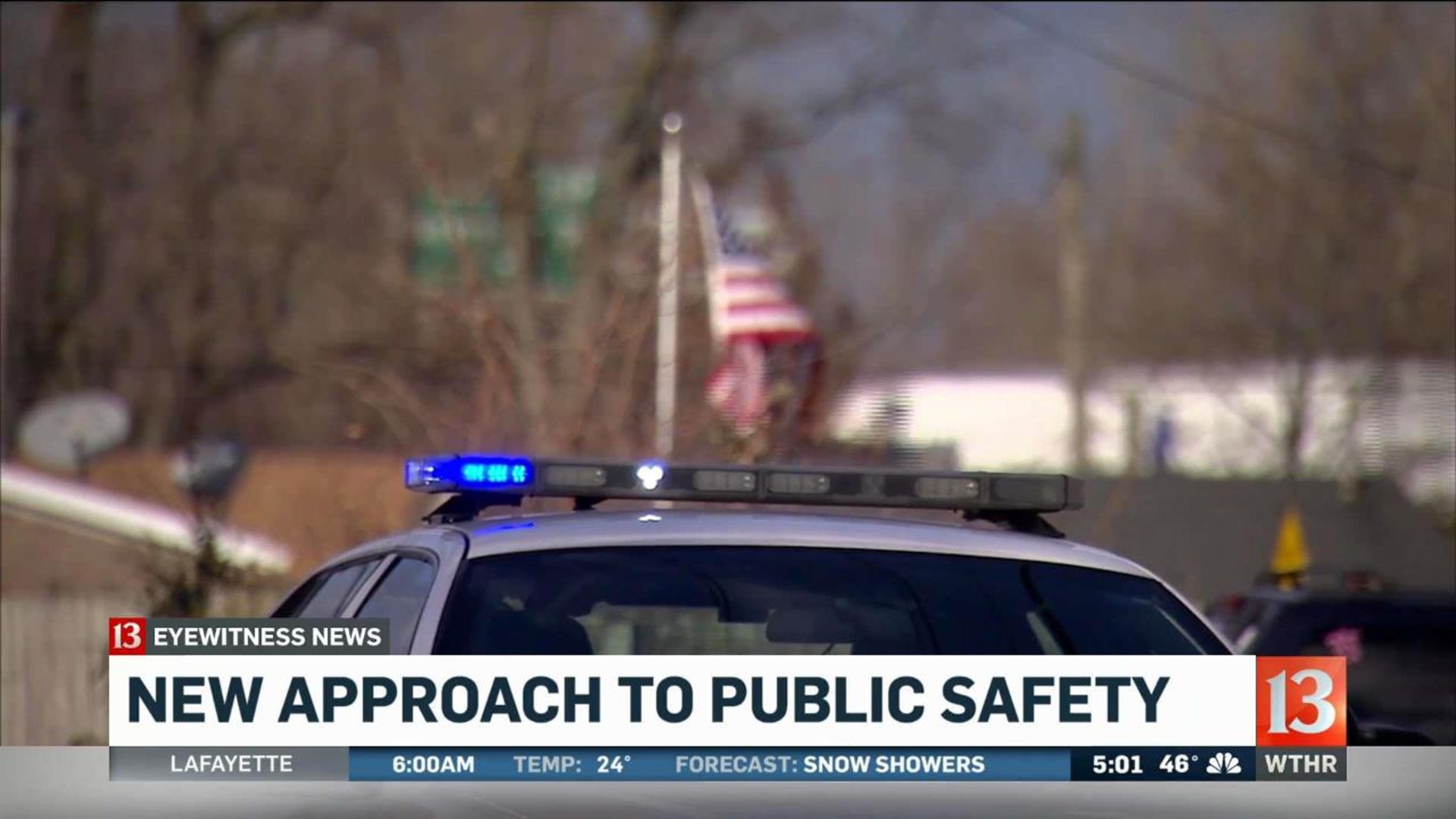 Referring to the 148 homicides as of Monday, the mayor said, "it is disheartening, maddening and it is senseless and unacceptable."

He noted that homicides soared from 96 in 2012 to 125 in 2013, after a hiring freeze saw IMPD lose about ten percent of its force. The number of homicides has increased each year since.

The mayor's plan calls for a crackdown on illegal guns, making the police beat system countywide, investing in neighborhood programs that work to prevent crime and expanding access to social services.

"Every person, every organization, every church, every community in the city has a role to play and can help in this effort," Hogsett said.

Will it work? Several community leaders who attended the news conference certainly hope so.

Chris Staab, who has been active in his near east side neighborhood for years, said, "we can't rely on IMPD to do it all for us."

"I think it's a fantastic idea," he said adding it "will free up officers" responding to certain domestic situations.

Paul Norris, Executive Director of the Ten Point Coalition said of the added community involvement, "I believe it's the right thing to do."

He said investing more in community-based groups can go a long way in helping with crime prevention. But he has questions about it.

"My concern is, will the money be funneled to groups already doing that?" Norris said. "It's hard to know how it will work til you see it."

Also wanting to help the city curb crime? Derris Ross with IndyCAN and the Ross Foundation. He's already met with staff from the mayor's office and is putting together a plan.

"The focus is around mental health and providing wrap-around services to individuals in need, so they do not go down the wrong path," he said.

The community part of the plan also includes hiring a Director of Community Violence Reduction to be a conduit of sorts between police, neighborhoods and community groups.

The community crime-fighting efforts, adding the new positions and investing more in neighborhoods, is expected to cost $1 million/year over the next three years.

It's money the City-County Council must sign off on. The proposal will likely be introduced at the council's next meeting Dec. 18, with a vote possible in early January.