A 28-year-old man is accused of preying upon homeowners in Westfield,in a driveway sealing scam. 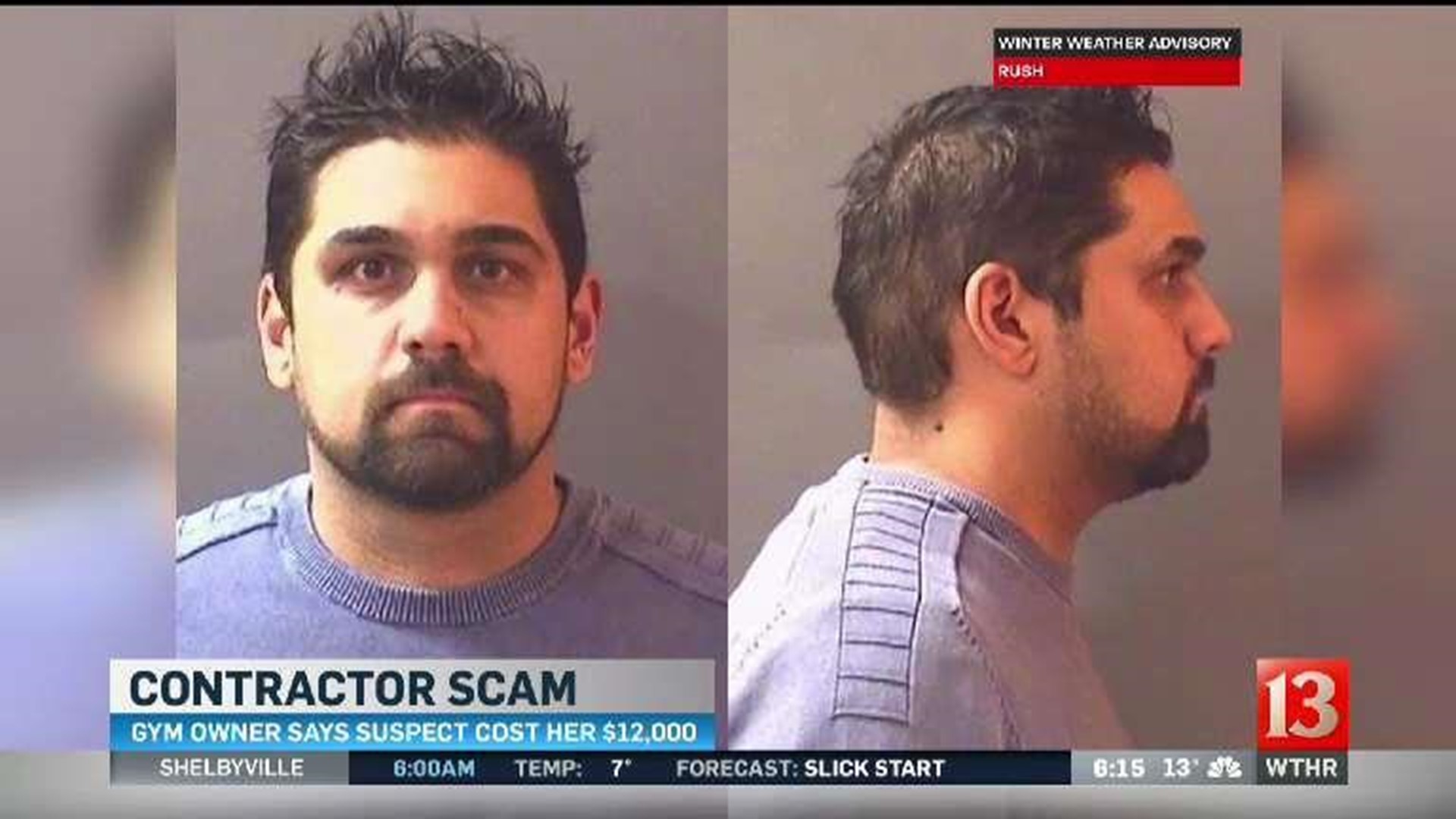 WESTFIELD, Ind. (WTHR) - A 28-year-old man is accused of preying upon homeowners in Westfield,in a driveway sealing scam.

After a lengthy investigation, Westfield Police say they’ve arrested Joshua Ziko and charged him with home improvement fraud, among other things.

Ziko has already bonded out of the Hamilton County Jail.

Now the owner of east side business, Gymnastics Unlimited, says she ran into Ziko this summer when he stopped by offering to seal her parking lot. The woman says Ziko talked a good game and talked her out of $12,000 for work that wasn’t done right.

“I’m like - he’s the guy. I mean, I tried to find him. I’ve tried to look for him and there he was right on TV,” said Day, recalling Wednesday night when a face flashed up on the television.

Day says she recognized the man right away as 28-year-old Joshua Ziko. Day could hardly forget him. She claims he defrauded her out of big money, she knows she’ll never recover.

“He didn’t just steal from me,” said Day.

“He stole from my entire company. He stole from my clients. That’s money out of my pocket that could to go to my employees’ raises, bonuses and now I have to pay to have it all done again,” said Day.

Day is talking about work she says she hired Ziko to do at her gymnastics business, work like, seal the parking lot, fix a leaky roof and repair a broken air conditioner.

“He led me to believe, ‘The big companies are going to charge you double for this. I can do it at this price. I can get the materials cheaper.’ So I just said, ‘Great,’” Day recalled.

Great - until Day handed over the money and a week later, says cracks in the parking lot started to show up again, the roof started leaking again and to top it all off: “Then the air went out again,” explained Day.

When Day says she tried to call Ziko, she got nothing.

“I feel really stupid. I feel like he saw me, hook, line and sinker. Go get the blonde lady,” said Day, shrugging her shoulders.

She says she was just trying to do the right thing by helping out another small business owner.

“It’s really sad that you can’t trust people like you used to be able to,” Day said.

Day says she plans to file a police report in Marion County about Ziko, but doubts she will ever see a dime of her money.