The officer was taken to University of Tennessee Medical Center following the incident on Monday afternoon. 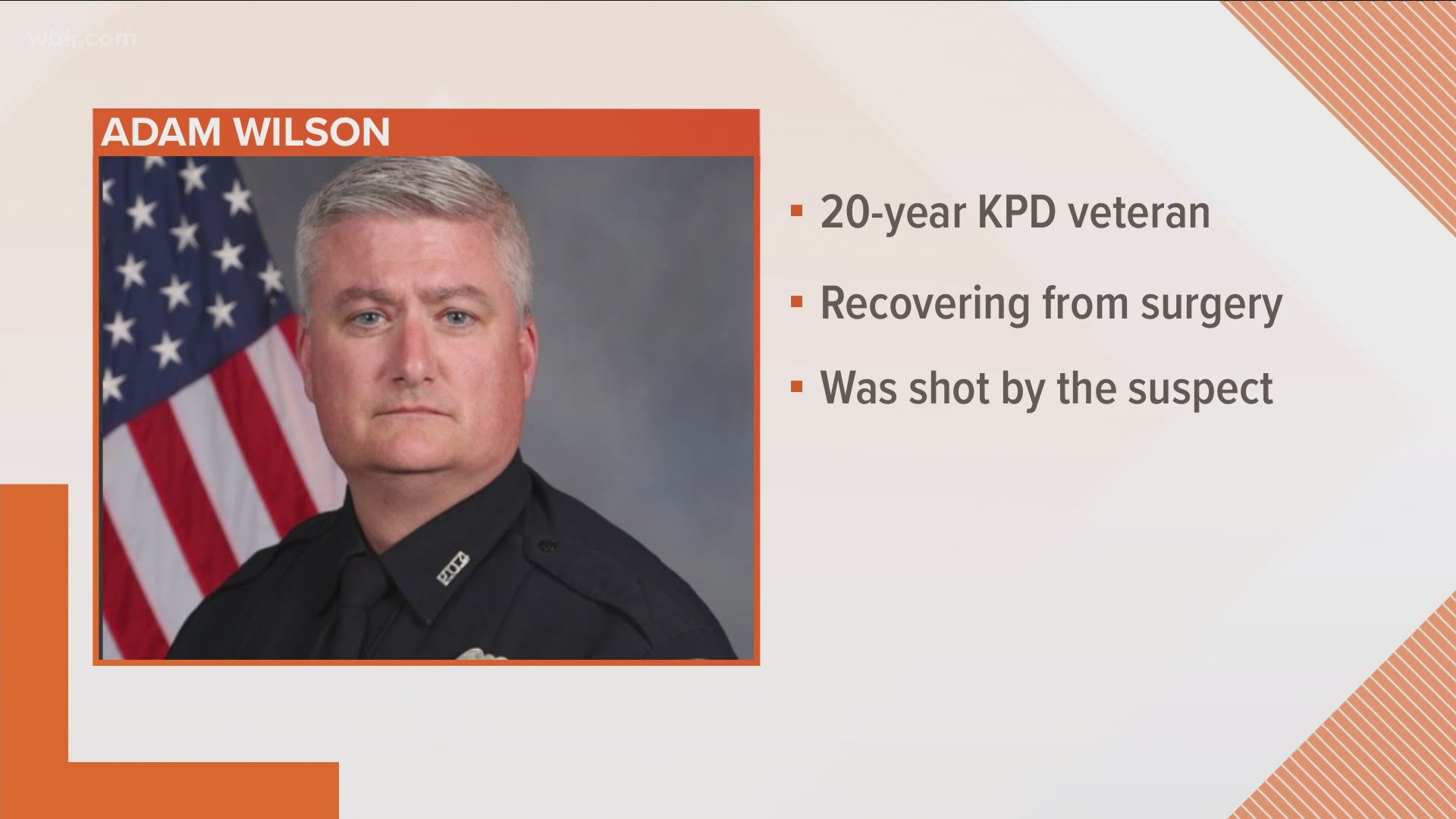 Adam Willson is a 20-year veteran of KPD and currently serving as the school resource officer at Austin-East. He was shot in the leg after confronting a male student with a gun. That student was killed when an officer fired back. 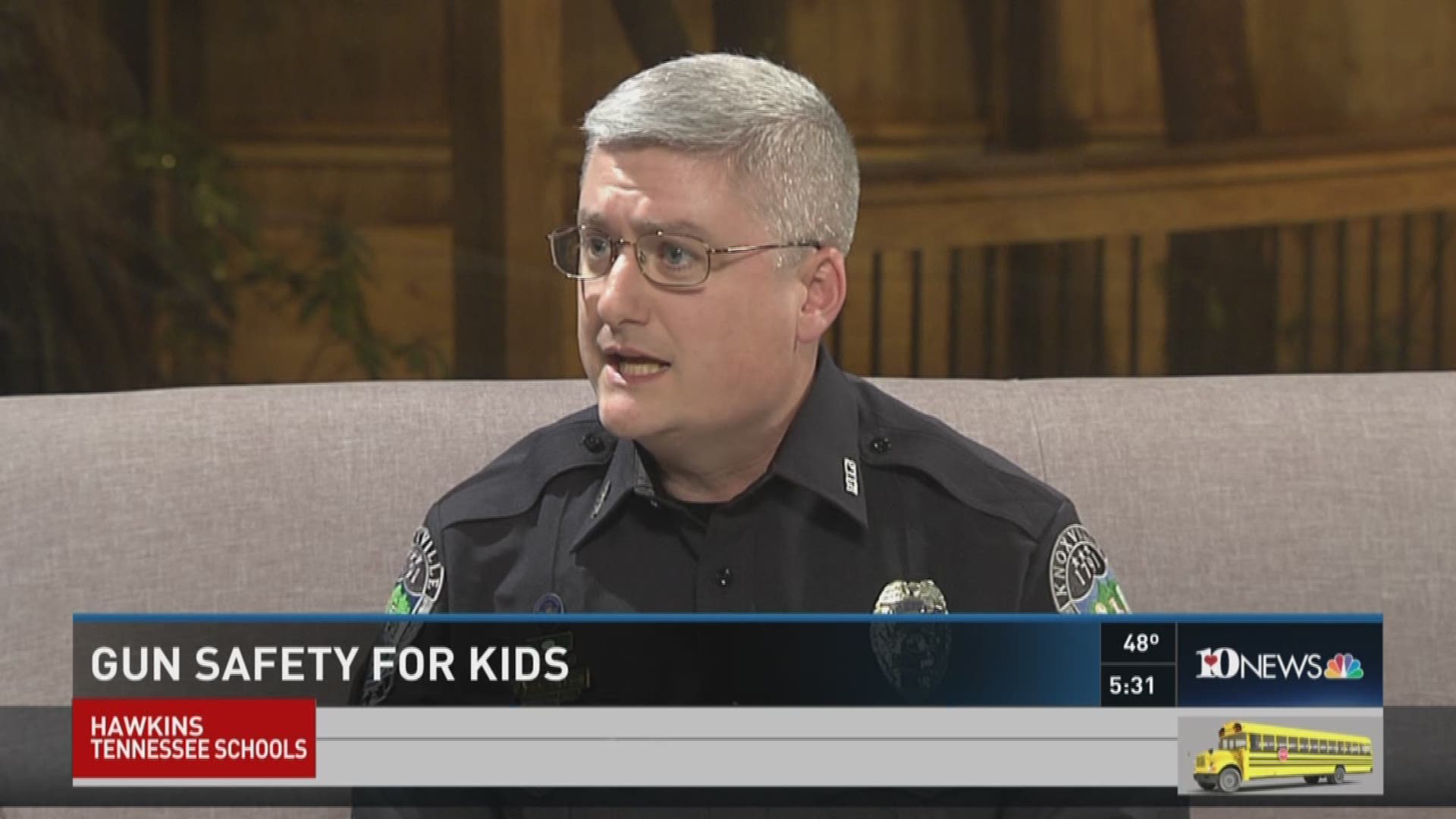 Wilson underwent surgery to treat his injuries on Tuesday morning.

He was release from the hospital on Friday, April 16, according to KPD.

KPD Officer Adam Willson is recovering from surgery after being wounded in yesterday’s shooting incident at Austin-East Magnet High School. Willson, a 20-year veteran of KPD, was currently serving as the School Resource Officer at Austin-East. We are grateful for the well wishes. pic.twitter.com/wDcBGnxT9d

Knoxville Mayor Indya Kincannon said she spoke with him on Monday afternoon.

Credit: WBIR
KPD officer converged at the hospital after the shooting.

He's "conscious and he’s in good spirits," the mayor said.

"I thanked him for putting his life on the line to protect students, staff in the school. He said he’d rather be hurt than anyone else, and he’s in very good spirits, and looking forward to successful surgery," Kincannon said.

KPD has been on a heightened state of alert in recent months after several Austin-East students were shot and killed. Two died far from the school, but one, Stanley Freeman Jr., was shot and killed as he left it on Feb. 12.

Some officers converged on the hospital after the shooting in a show of support. 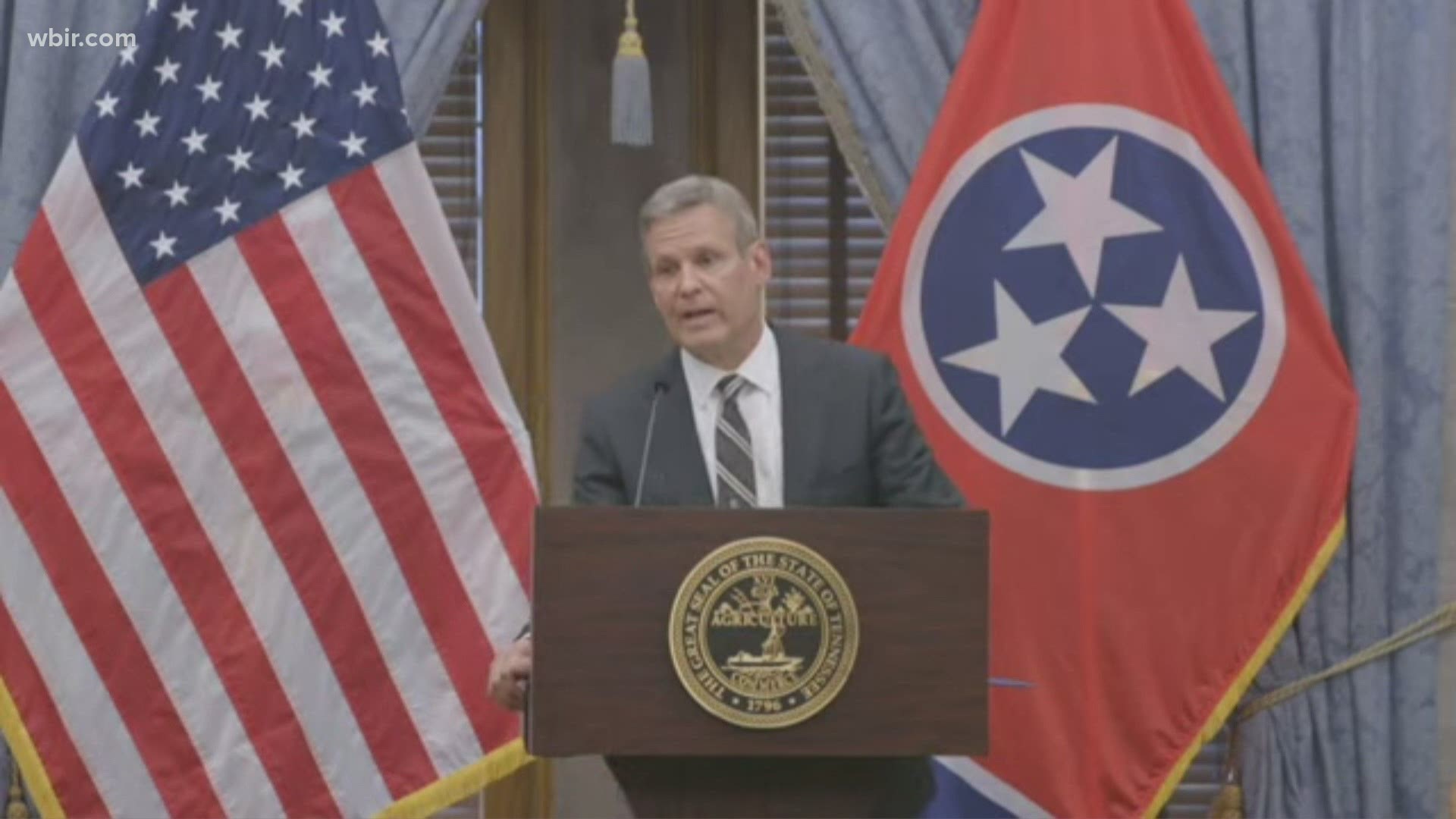 KPD issued a statement on Monday afternoon: "A KPD officer was struck at least one time and transported to the UT Medical Center with injuries that are not expected to be life-threatening. One male was pronounced deceased at the scene, while another was detained for further investigation. There are no other known gunshot victims."

Per standard protocol for officer-involved shootings, the Tennessee Bureau of Investigation will lead the investigation.