A Kokomo resident as been arrested for the murder of a 4-year-old boy. 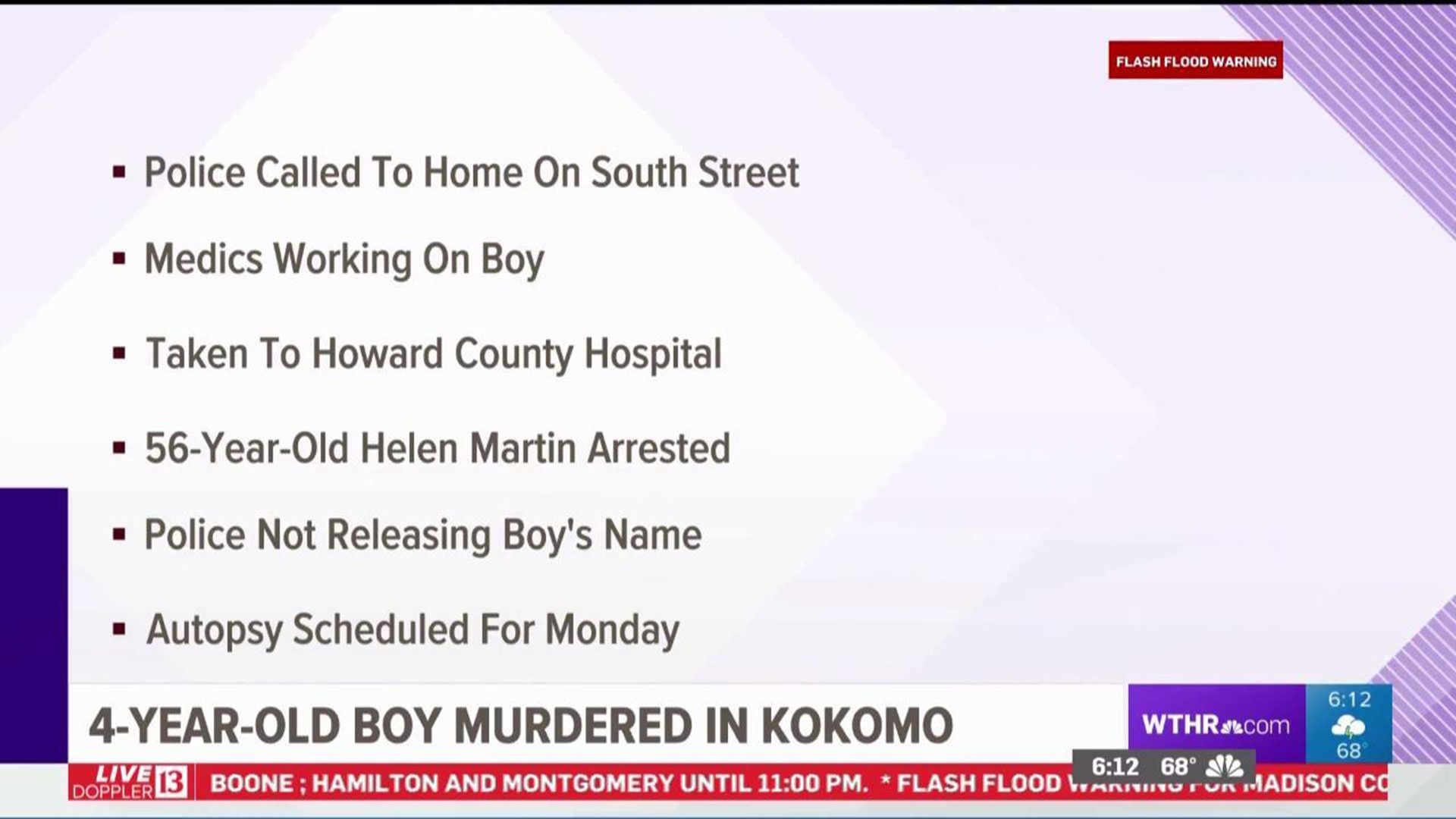 KOKOMO, Ind. (WTHR) – A Kokomo resident as been arrested for the murder of a 4-year-old boy.

Kokomo police were called to 465 East 400 South around 11 a.m. Saturday on a report of an unconscious, unresponsive subject.

When officers arrived, they found a 4-year-old boy who was being treated by Kokomo Fire Department and Community Howard Emergency personnel.

Police say the child was transported to Community Howard Regional Health Hospital where he later died.

As a result of the investigation, Helen E. Martin, age 56, of Kokomo was arrested for murder.

The Howard County Coroner has scheduled an autopsy for Monday, March 30.

The cause and manner of death, as well as the identity of the victim have not been released at this time. This case remains active for investigation.

You may qualify for a cash reward by calling Central Indiana Crime Stoppers at 1-800-262-TIPS with your anonymous tip.