The boat captain, the general manager of the boat’s operator, and the manager on duty that day were charged with neglect and misconduct. 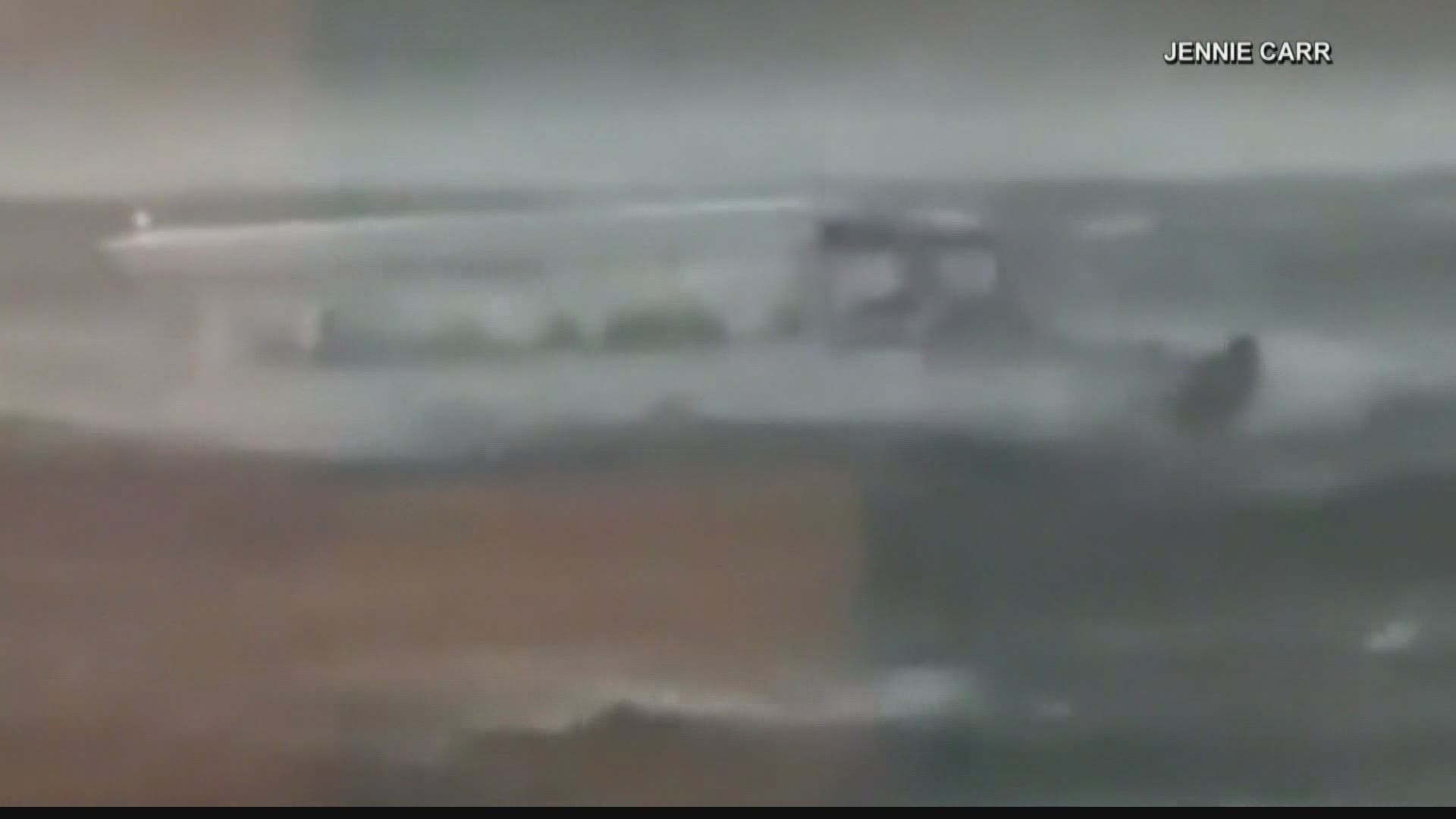 LIBERTY, Mo. — A federal judge has dismissed neglect and misconduct charges against three employees of a tourist boat that sank on a Missouri lake in 2018, killing 17 people.

Kenneth Scott McKee, of Verona, the captain of the duck boat; Curtis Lanham, of Galena, the general manager of the boat’s operator, Ride the Ducks Branson; and Charles Baltzell, of Kirbyville, the manager on duty that day, were charged with neglect and misconduct after the amphibious vehicle sank during a storm on Table Rock Lake near Branson. McKee also was charged with failure to properly assess the weather before launching the boat and not telling passengers to use flotation devices.

The boat had entered the lake on July, 19, 2018, despite severe weather warnings.

Riders from Missouri, Illinois, Arkansas and nine members of a family from Indianapolis were killed.

Tia Coleman and her young nephew were the only ones from their family to survive.

Tia lost her husband and three children when the boat sank.

U.S. Magistrate Judge David P. Rush ruled in September that the federal government does not have jurisdiction because Table Rock Lake is not considered a navigable waterway, which means it doesn’t support commerce.

“While the events of July 19, 2018 remain an unfortunate accident and tragedy we’re pleased that both Judge Harpool and Magistrate Judge Rush have sustained the admiralty dismissal motion,” McKee's attorneys, J.R. Hobbs and Marilyn Keller, said in a statement.

Federal prosecutors could appeal the dismissal. Don Ledford, a spokesman for the U.S. attorney's office in Kansas City, said the office would not comment on the judge's decision.

Ripley Entertainment, which owned the former World War II vehicle, settled 31 lawsuits related to the sinking. The boats, once a popular draw in the southwest Missouri tourist town, have not returned to the lake since the sinking.

“Branson Ride The Ducks fully cooperated with the U.S. Attorney’s Office investigation into the accident that occurred in July of 2018. As we have from the beginning, we are dedicated to working with the community of Branson, and continuing our support of the families and employees who were impacted by the accident.”