Joseph Oberhansley is accused of killing and cannibalizing his ex-girlfriend Tammy Jo Blanton in 2014. 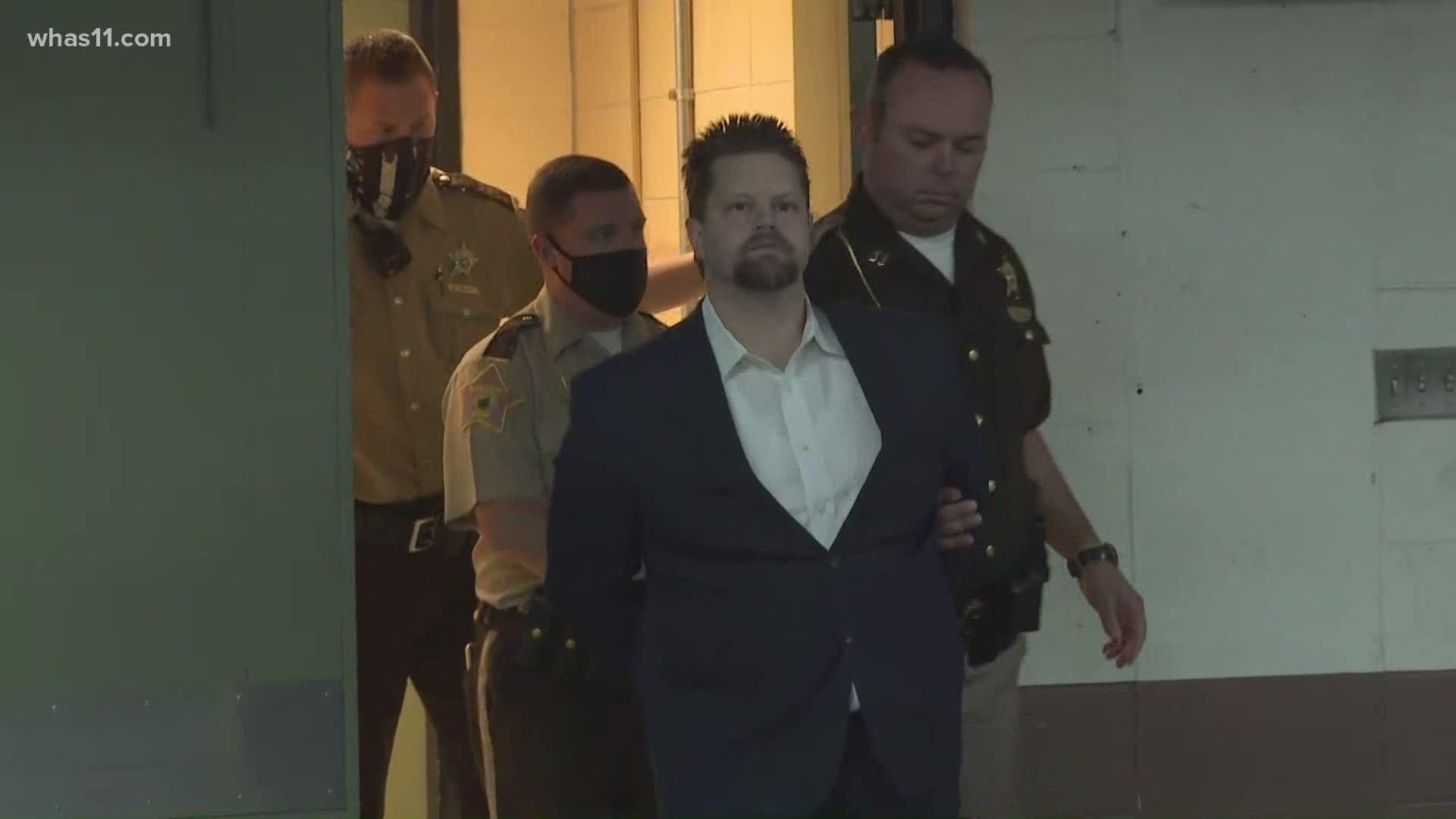 Oberhansley's trial lasted five days. Investigators said Oberhansley killed Blanton at her home in Jeffersonville, then dismembered her and ate parts of her body.

Friday, both sides presented closing arguments before the judge jurors instructions and sent them off to deliberate.

These are words that have described the case against Joseph Oberhansley throughout the trial and they were used again during closing arguments.

Clark County Prosecutor Jeremy Mull called this case 'the age-old, tired, familiar story of a guy who's been told 'no more, I'm done' and he won't accept it. He had her blood on him. He had the murder weapon on his person," Mull said to the jury.

While on the stand Thursday, Oberhansley told the court that two other men stabbed Tammy to death and knocked him unconscious.

"To believe that story, you have to believe a series of coincidences of cosmic proportions happened," Mull told jurors.

Mull pointed to text messages sent from Tammy's phone on the morning of her death and Tammy's friend's testimony that Oberhansley answered that phone when they called her that morning.

He also pointed to the interview Oberhansley did with police in 2014. where Oberhansley confessed to killing and eating parts of Tammy's body.

Oberhansley and his defense team said he was coerced into giving a false confession during that interview.

Mull said Oberhansley had motive to do this crime. Tammy had broken up with him, changed the locks on the home, and called police on him.

"He needed to be in control and when she said he's not anymore, he murdered her," Mull said.

Mull did get emotional in his final statement to the jury as he talked about the last words Tammy would have heard. He asked the jury to deliver Oberhansley his last words.

Oberhansley's defense team went back to the physical evidence during their argument.

They warned the jury to not make an emotional decision, in this case, begging jurors to give Oberhansley the same consideration they would give anyone else.

Defense targeted the charges of burglary and rape. They said Oberhansley never said he was going to the house to hurt Tammy; only to get his things back.

'There's too much emotion here," the defense said in one of their final statements to the jury.

They asked the jury to have the strength and fortitude to find Oberhansley not guilty.

This is the second time Oberhansley is being tried after a mistrial was ruled in 2019. During the 2019 trial, a witness testified about information that the state and defense had agreed to leave out because it could unfairly sway the jury.

Full day to day coverage by Abby Lutz of the Joseph Oberhansley trial.

RELATED: Day 5 of Joseph Oberhansley trial: 'I was set up.' Oberhansley gives his version from night ex-girlfriend was killed