Father David Marcotte is accused of Child Solicitation, Vicarious Sexual Gratification when the victim is under 16 and Dissemination of Matter Harmful to Minors. 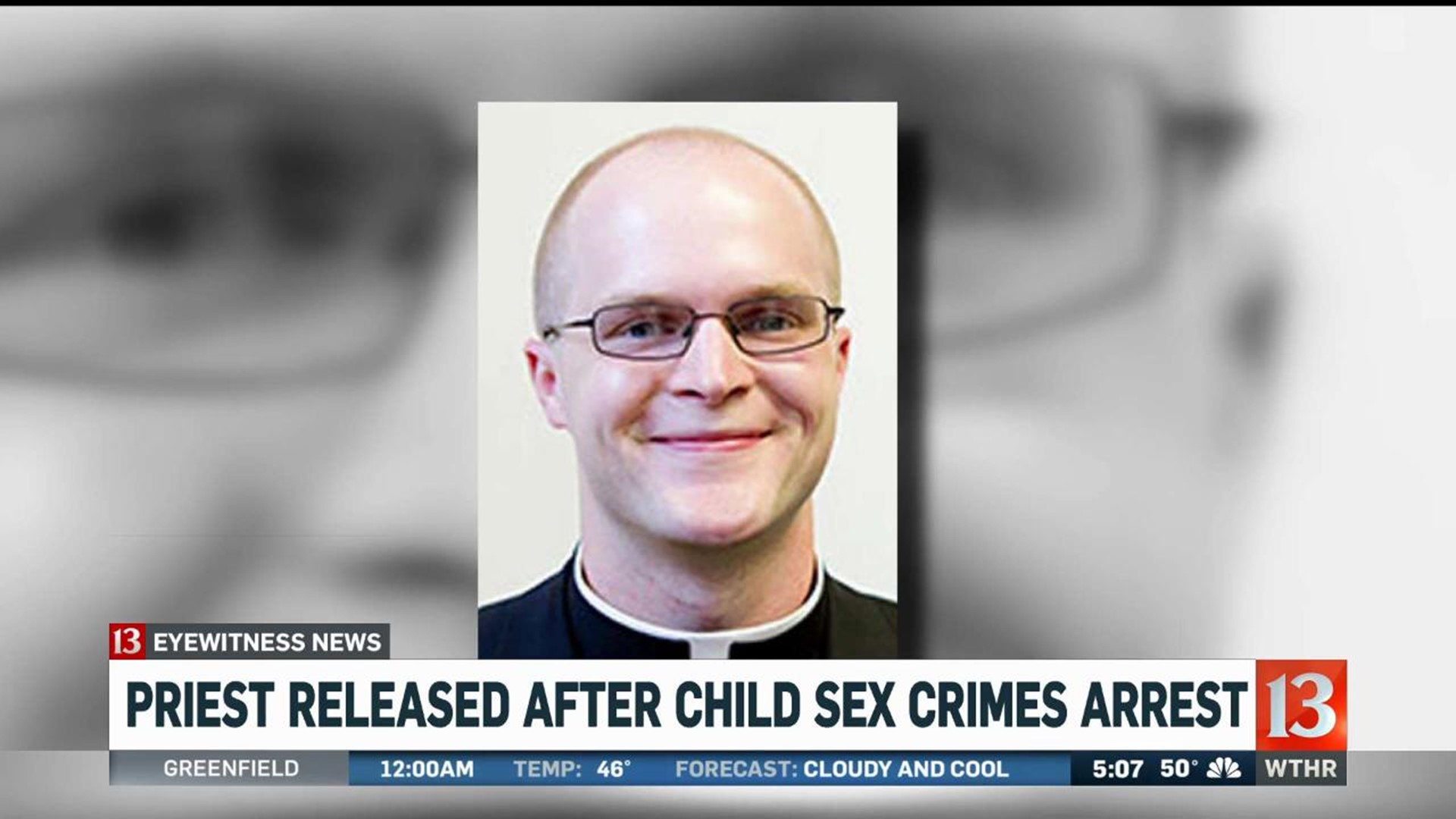 Marcotte is accused of Child Solicitation, Vicarious Sexual Gratification when the victim is under 16 and Dissemination of Matter Harmful to Minors.

He was booked into the Hamilton County Jail early Tuesday morning and was released that same morning. He is represented by High Profile Indianapolis Attorney Jim Voyles.

A 14-year-old victim claims their contact started when Marcotte was a new priest at St. Malachy Catholic School in Brownsburg. He eventually moved to Roncalli High School.

The allegations against Marcotte go back to 2016.

Court documents say that during these "contacts" Marcotte exposed himself to the victim on video. Detectives say they used Instagram, Snapchat or Facetime to communicate over social media. The victim told detectives that they felt safe sharing the social media information because Marcotte was "trustworthy."

According to court documents, while on Facetime, he asked if the victim would take the phone in the shower and the victim did. Investigators wrote about how Marcotte used that time to gratify himself sexually. The victim told investigators when Marcotte asked if they could communicate on social media that basically meant sexual behavior.

Detectives believe Marcotte later discussed the risk of getting caught with another adult.

Investigators uncovered an email exchange via iCloud that reads: "I hope this cloud email is safe enough to use." Then Marcotte responded: "iMessages are about the most secure because of the encryption," he said.

But much of the evidence against the priest reportedly comes from his own iCloud account.

Judge Darren Murphy let Marcotte out of jail ordering him not to contact the victim.

He has worked at more than half a dozen churches across central Indiana since being ordained in 2014.

The Archdiocese of Indianapolis suspended Marcotte in February, prohibiting him from performing priestly duties during the investigation.

A statement from the Archdiocese reads in part:

"The Archdiocese of Indianapolis is committed to protecting children and vulnerable adults from sexual abuse and misconduct."

Marcotte's next court date is in November.

If you are a victim of sexual abuse or misconduct by a person ministering on behalf of the Church, or if you know of anyone who has been a victim, please contact civil authorities and the Archdiocesan Victim Assistance Coordinator Carla Hill at 317-236-1548 or 800-382-9836, ext. 1548 or email her at carlahill@archindy.org.

Confidential reports can also be made on-line at www.archdioceseofindianapolis.ethicspoint.com or by calling 888-393-6810.